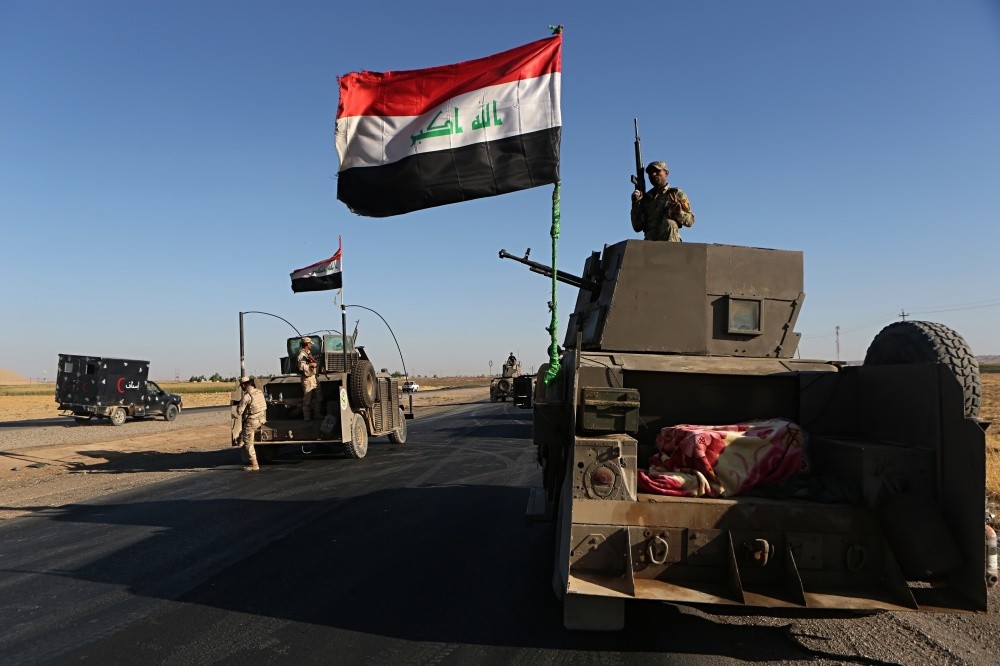 Frankly, had Masoud Barzani foreseen the course of developments in the recent period, he definitely would have given up the idea of holding an independence referendum. With the public's pressure and expectations regarding the referendum, Barzani went to the polls to prove his leadership. Yet, what happened over the past 10 days jeopardized his position in the Kurdistan region, let alone consolidating his leadership. But how did the developments end up here? How did Barzani make such wrong calculations; what did he depend on? And most importantly, what is awaiting the Iraqi Kurdistan Regional Government (KRG) from now on?

While aspiring to make Kirkuk the capital city of Kurdistan, Barzani has lost his control over all the disputed territories including Khanaqin, Tuz Khurmatu, Makhmur, Sinjar and Rabia. On Monday, it was announced that the parliamentary and presidential elections planned to be held on Nov. 1 were postponed. Had Barzani's plans worked out, he would secure a suprapolitical position as the founder of Kurdistan and leave his seat to his son Masrour Barzani before the elections.

However, there has been a dramatic plot twist after the peshmerga forces, which answer to the Talabanis, made a deal with Iran following the death of Jalal Talabani and gave way to the Iraqi army while entering Kirkuk. The ambitions to found the state of Kurdistan are left to another time for now.

Meanwhile, the news from the Iraqi Kurdistan region indicate that Talabani's own base is also disturbed by the deal with Iran and the obstacles created for the Kurds. The KRG's people are frustrated with the developments because they have been pushed back to a position that is even further behind their starting point after they were so close to realizing their long-awaited dream.

Both the Talabanis and Barzanis have sparked a great reaction among the Kurds. Barzani is being criticized mainly for his miscalculations and wrong behaviors. Among the Iraqi Kurds, the inclinations to change the prevalent order and challenge both the Barzani and Talabani families are on the rise.

To be honest, the current picture is really demoralizing when looking at it through the eyes of the Kurds. Of course, Barzani's perseverance regarding the referendum and the timing of the vote were wrong. Making such an important decision in a defiant demeanor and without consulting Turkey was wrong both politically and ethically given the fact that the KRG has grown and developed to such an extent thanks to Turkey's support and contribution.

Furthermore, Kurdish politics had been displaying relative integrity until it was shattered with the latest incidents. Everyone is blaming each other at the moment. Talabani's son Bafel and his inner circle are accused of cooperating with Iranian senior military officer Qasem Soleimani. Although the family denies the allegations, they cannot convince the public.

A recent analysis made by journalist Fehim Taştekin, which was published by BBC Turkey, highlights that the main determinant of the peshmerga's decision to withdraw was a meeting on Oct. 15 organized in Sulaymaniyah's Dukan district. Iraqi President Fuad Masum, Masoud Barzani, Nachirvan Barzani and senior figures of the Patriotic Union of Kurdistan (PUK), such as Hero Ibrahim Ahmed, Kosrat Rasul Ali, Bafel Talabani and Mela Bahtiyar, were all in attendance. Qasem Soleimani is alleged to have taken part in the meeting as well.

Of course, the U.S. has played a major part in the course of the events. Barzani trusted Washington while persisting on the referendum. As several sources confirmed, the U.S. urged Iraqi Prime Minister Haider al-Abadi to not engage in any kind of military intervention toward Barzani. However, due to stagnant and indecisive policies, the U.S. lost its influence in the Middle East to a certain degree while Iran came into prominence by means of the Popular Mobilization Forces (Hashd al-Shaabi) and acted as a driving force behind the central Iraqi government.

In addition to this, Russia is currently striving to take the place of the U.S. in the region. The consolidation of Iran and Russia in the face of the U.S.'s decline is reminiscent of the balances prevalent during the Cold War period.

Turkey is situated in a critical position in such a delicate environment. The country can develop close ties both with the U.S. and Russia simultaneously, despite their problems with each other, while having influence over both Iraq and Barzani. Therefore, following the latest developments that have been regarded as a defeat for the Kurds, President Recep Tayyip Erdoğan can win them over and consolidate his power in the Middle East by employing a consistent rhetoric.