Iraq and the changing balances 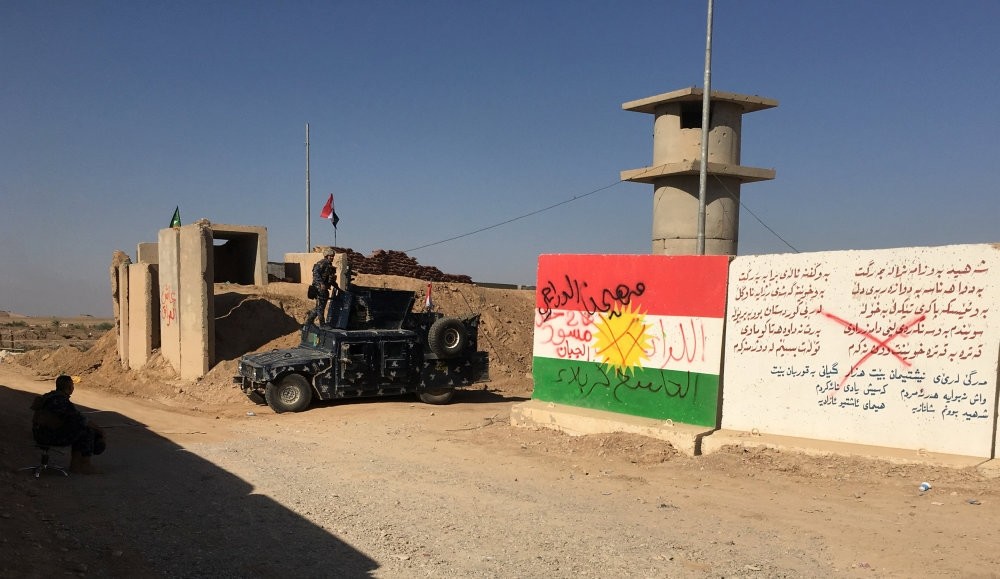 Iraq, backed by Iran, has remembered that it is a state and its military must assume dominance in the country

History is changing very quickly and radically. Just one month ago, Kurdistan Regional Government (KRG) President Masoud Barzani held an independence referendum in the region with the excitement and happiness of realizing what they had been dreaming for years. He was determined despite opposition from Turkey, Iran, the central Iraqi government and all the major powers. He thought that the U.S. would stand by him and prevent a military intervention against him. However, what transpired did not fulfil his expectations at all.

From the get go, he was faced with very harsh reactions, especially from Turkey and Iran. While trying to confront the sanctions such as the closure of border gates, being isolated from the world and the complete stoppage of oil revenues coming from Baghdad, he suddenly found the Iraqi military against him in Kirkuk. He relied on the U.S., but the U.S. was busy with its own internal affairs. So, Iran took the helm, changing all the balances. When recently deceased Jalal Talabani's peshmerga forces gave the green light to the Iraqi military and Hashd al-Shaabi forces, Barzani's years-long dream collapsed. Barzani saw what his emotional and shortsighted decision cost. The inclusion of contested regions such as Kirkuk, as well as the timing of the voting, was a big mistake.

Therefore, even the capital Irbil, where Barzani had been sovereign since 2005, came under threat.

Now, Barzani has said will not continue in office and will suspend the referendum results, which is a declaration that he failed. He is rather angry and blatantly accusing the U.S. of leaving him alone. On the other hand, he thinks that the region should survive and move on its path even if it has lagged behind the position it initially had. He has proposed that Baghdad stop all military operations in the KRG, declare a cease-fire and start dialogue with Irbil on a constitutional basis.

However, Baghdad does not seem to be satisfied with the suspension of the referendum results. Baghdad wants the cancelation of the results rather than suspension. Yet, it must have seen Barzani's good intention, given it has announced that it stopped military operations against the region. The U.S., on the other hand, welcomed the decision of suspension, announcing and remembering that it is a friend of the KRG. Meanwhile, interesting developments are taking place in Kirkuk, which has been recaptured from Barzani. Iraqi Oil Minister Jabar al-Luaibi has announced that they would start negotiations with the British oil company BP to open new oilfields in the city. Currently, 470,000 barrels of oil are produced in the city on a daily basis, and if a deal can be reached, this will rise to 750,000 barrels per day.

In short, Iraq, backed by Iran, has remembered that it is a state and its military must assume dominance in the country. Barzani's reversal from his wrong decision, which would disturb the balances in the already fragile region, is a positive step. However, new developments must also be carefully followed. This is because Iran gaining strength in Iraq in an uncontrolledly means many other problems. This development is not in Turkey's favor, and Ankara is carefully watching Hashd al-Shaabi's role in Kirkuk and the Iraqi military, which has seized Bashiqa.

Let us note that Russia is beginning to have a presence in Iraq after Syria. The U.S. withdrawal, Iran and Russia gaining power, and Bashar Assad's evolution into a more acceptable position in Syria are not very positive developments. So, Turkey's role is crucial in terms of breaking the Russia-Iran axis, preventing the disruption of balances and controlling the potential threats it may be posed with in time.