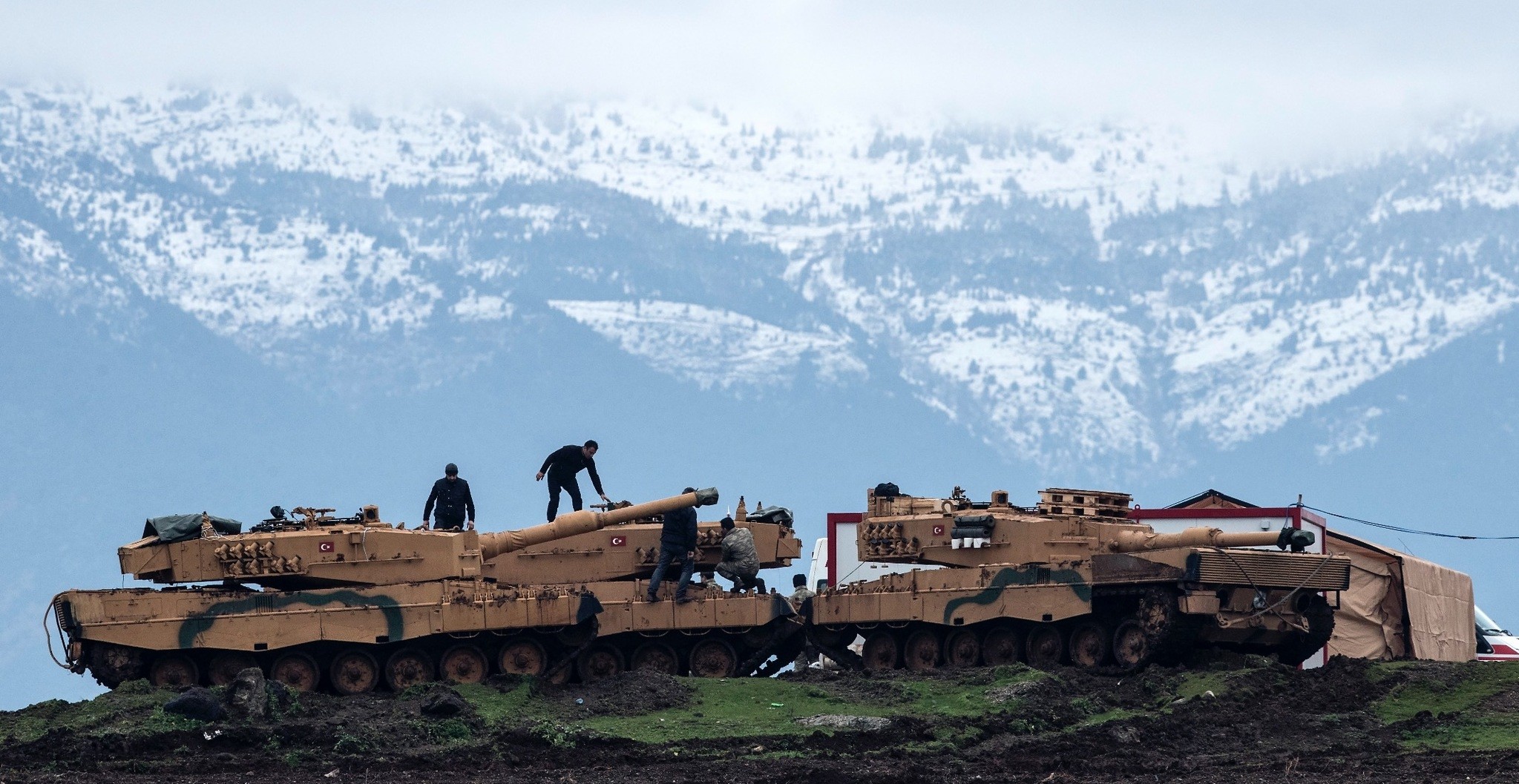 Turkish soldiers train with tanks and armored vehicles near the Turkish-Syrian border, Hatay, Jan. 24.
by Nagehan Alçı Jan 25, 2018 12:00 am

Operation Olive Branch has already shaken the regional balances, revealing who is an ally and who is an enemy in the Syrian conflict

The operation that was expected to start for days is now underway. On Saturday night, Turkey launched air and land operations to hit Democratic Union Party (PYD) and People's Protection Units (YPG) positions in Afrin. This operation, which is not a surprise, is of vital importance. With the operation, Turkey has demonstrated that it does not conform to the U.S. and Russian policies on the PYD by making a move to undermine the PYD's YPG militia to a great extent.

The start of this operation goes back to weeks ago. The Turkish Armed Forces (TSK) conducted serious work regarding Afrin and determined all the targets one by one. The National Intelligence Organization (MİT) provided electronic and technical intelligence on the tactical level. Image analyses were made, Free Syria Army (FSA) units were coordinated, airstrike targets were determined and the operation eventually began when all the preliminary work was done.

It must be noted that Operation Olive Branch specifically targets the ammunition and shelters of terrorists. Turkey is exerting the utmost effort to prevent any harm to civilians. On the other hand, the YPG is employing the tactic of using civilians as shields. YPG militants have withdrawn to villages and have been trying to hide among women and children. Therefore, the operation has to be maintained with great meticulousness. As President Recep Tayyip Erdoğan said in a statement on Monday, Turkey neither covets Syrian territories nor wants to harm anyone. This operation only aims to provide Turkey border security and put an end to the outlawed PKK's terrorist assaults inside the country.

It has been six days since the operation began and clashes with the YPG are ongoing. So far, more than 260 terrorists have been rendered ineffective, many targets have been pounded and, more importantly, the U.S. and Russia have accepted Ankara's arguments. Thanks to Operation Olive Branch, Turkey will have a stronger position at the Sochi summit at the end of this month to demand the formations in Syria that might pose a threat to the country stop and to eradicate the sources that feed terrorism.

Along with this operation, simultaneous operations targeting the PKK are ongoing in Turkey. Gendarmerie units yesterday raided caves and seized ammunition in Şırnak, Mardin, Tunceli, Hakkari and Kars provinces. In brief, a large-scale fight against terrorism is conducted both in and outside the country.

The Afrin operation is progressing quite fast. It was reported that a distance usually covered in four days has been covered in only two, which indicates that results can be anticipated sooner than expected. Nevertheless, it must be noted that the progress will get slower after a certain point since the units are advancing toward the Afrin city center and great care will be shown to prevent any harm to civilians. Also, there is the threat of mines, which will also slow progress.

At this point, YPG militants are hiding in villages and mountains while silence is prevalent in the city. As I have observed, the PYD is enraged at Russia. They think that Moscow stabbed them in the back and left them in the lurch. As a matter of fact, Russia's PYD policy was motivated to prevent PYD-U.S. cooperation, regarding the PYD as a trump card. With the Afrin operation, Russia has accepted Ankara's arguments. Operation Olive Branch seems to have already changed the balances in Turkey's favor.