The game changer in Idlib 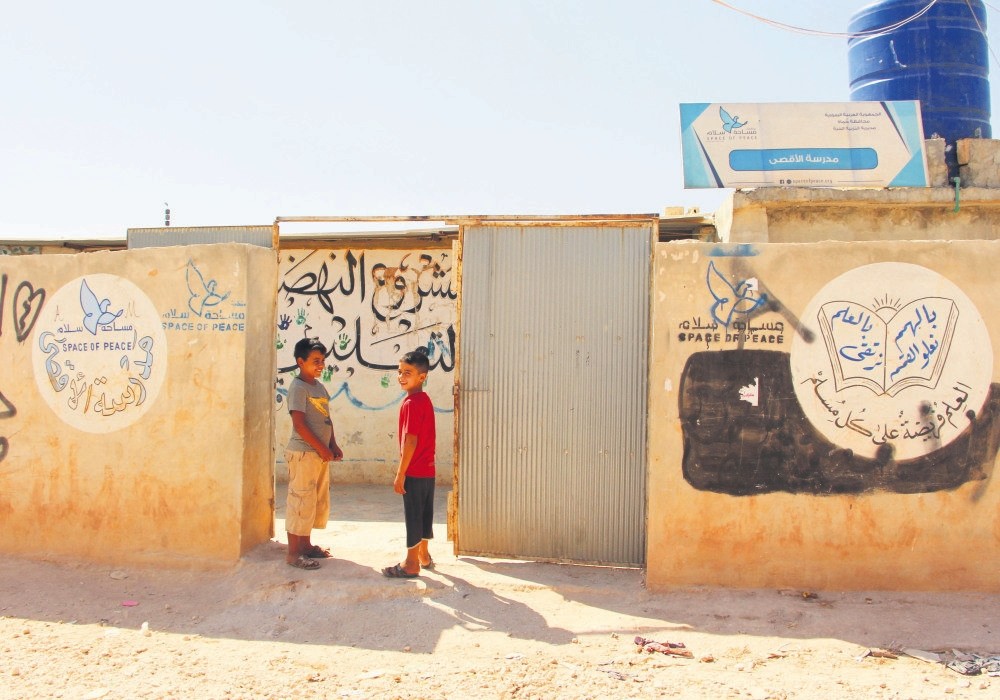 Syrian students, displaced from their homes during civil war, stand at a makeshift school on the first day of classes at a camp in the town of Atme, near the border with Turkey, in opposition-held Idlib, Sept. 5.
by Nagehan Alçı Sep 07, 2018 12:00 am

The tension in Idlib is escalating. In the city, which is the last stronghold where those fleeing the Assad regime are taking shelter, radical elements are hidden among the civilians. However, given that the number of civilians in the city is more than 3.5 million, any military operation will certainly accompany a massive massacre and a big wave of migration. For that reason, it is crucial to stop the Assad regime forces which have surrounded the city and to convince Russia against a total attack. And Turkey is the only country that is capable of this.

The current situation in the city is not a pretty sight. Russia carried out an airstrike the day before without waiting for the summit in Tehran. Kind of out of spite to U.S. President Donald Trump's call to "stop," it struck to show that Russia is behind Assad. However, it is still possible to prevent a total attack.

The international community is on alert. Although the United Nations is making calls one after another and the European Union and the U.S. are warning against an offensive on the city, Russia has turned a deaf ear to all this. The only country that can be influential here is Turkey. That is why the summit which will take place in Tehran, Iran on Friday is destiny-shaping for millions of people in one sense.

Well, is it likely for Russia to change its position? Did it conduct the airstrike as a response to Trump? Of course, the aim of retaliating against the U.S. is in the foreground, but this attack is also a message to Turkey, telling Ankara to clarify its position before the Tehran summit. In other words, Moscow is asking Ankara to pick a side in Idlib – Russia and the regime or the U.S.

However, Turkey will say in Tehran that such a sharp positioning is not right. Ankara will emphasize that terrorist elements in Idlib should be cleared not with a total attack, but with precise shots and operations and will try to persuade Russia that a possible attack will result in a tragedy. Unfortunately, Moscow and Washington's attitude on the atrocities that have taken place in the last seven years has shown that they do not care much about human loss. Nevertheless, they might care about not going down in history as states that were positioned on the wrong side. Surely, this is not an easy picture for Turkey. First of all, we are talking about an operation which will have consequences that will impact it a lot. For this reason, tanks have already been deployed on the border. What happens if a big wave of migration flocks to Turkey? How will the seven-year human tragedy be reshaped with a possible operation in Idlib?

This picture makes the Tehran summit increasingly important. On the Syria desk, Turkey is a nation that is capable of negotiating with both the Washington and Moscow administrations, and developing different policies in line with its own interests. In order to prevent possible big losses in the northwestern Syrian province of Idlib and to stop a major attack, Ankara has come under the spotlight. The U.N. has pinned hope on Turkey's ability to persuade Russia during the Tehran summit. In short, Turkey has a major role to play in Idlib, which is the last ring of the circle. It has to protect itself, take up an attitude to prevent a humanitarian plight that will have major consequences and to build a bridge by negotiating with the different poles at the table.