Turkey's position on the split in the Orthodox world 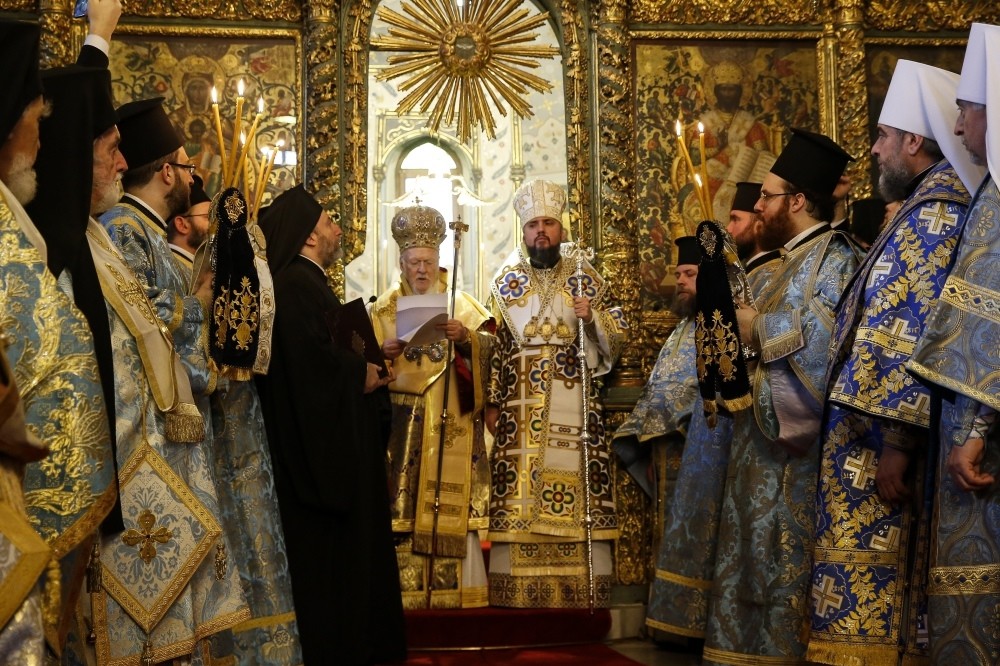 Despite its good relations with the Kremlin, Ankara welcomes the independent decision of the Orthodox Church, respecting their democratic rights

Last weekend, Istanbul hosted a historic meeting regarding the Christian world. Ukrainian President Petro Poroshenko, along with Ukraine's new independent church's Primate Metropolitan Epiphanius, came to the Turkish metropolis to get the blessing and the formal decree from Ecumenical Patriarch Bartholomew. Based in Istanbul, Bartholomew is the leader of some 300 million Orthodox Christians around the world, and is considered as the first among equals in the Orthodox world. The Christian leader first agreed to recognize the independence of the Ukrainian Church in October, then in December, holding a historic council of Orthodox bishops in Kiev, the church was created.

The Kremlin is very firm in opposing the church as, according to it, the church is a counter-move to weaken the Russian Orthodox Church in Ukraine. The eastern European country hosts more Russian churches on its soil than it does in Russia itself. Since the church is seen as a strong tool of power, the current independence means countering Russia and underlining its opposition against Moscow. Therefore, Russia immediately called the Patriarchate in Istanbul to change its position and not sign the decree, but it failed.

I was one of the very few journalists who participated at a closed door dinner on Saturday evening in the Conrad Hotel, which the Ukrainian president hosted in the honor of the Patriarch. I also had the opportunity to talk with Poroshenko and Patriarch Bartholomew in private. 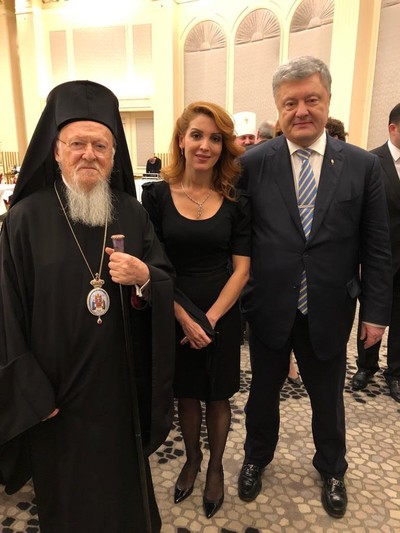 Ukrainian President Poroshenko was very proud and courageous. He told me that they are not afraid of Russia and that it is their very natural and democratic right to create their own church. He also said that Russian President Vladimir Putin tried to prevent this, but millions of Ukrainian people are behind the church's decision.

Patriarch Bartholomew, meanwhile, stressed the importance of this event for the Orthodox world, saying that Ukraine is free to have its own church and this church is going to have autocephaly, which means that they will be totally independent in recruiting and organizing prayers.

Since this historic split raised extreme concerns in Russia, it would be reasonable to also write about Ankara's position here. It is known that the relations and partnership between Turkey and Russia have been on the rise for a while. Presidents Recep Tayyip Erdoğan and Vladimir Putin regularly meet at the state level and they have just recently declared that there is going to be another meeting in January. Does this mean that Erdoğan's government is disturbed by the Patriarch's signing of the decree which gives independence to the Ukrainian church?

I asked this question to Poroshenko and other sources in the Istanbul Patriarchate. The answer is mutually a definite "no." It is true that Ankara helped with the procedures and didn't make anything complicated, giving way to the Patriarch to sign the treaty because Turkey sees its Orthodox Patriarch as independent and autonomous as they demand. According to the Turkish side, it is a natural democratic right.

In addition, Turkey has adopted a multidimensional foreign policy approach. While its relation with Russia is going well, it doesn't mean that it accepts what the Kremlin says. In other words, it is only natural that Turkey sometimes disagrees with Russia. Most probably, this is what makes the Erdoğan administration stronger in foreign policy. Besides that, Turkey's good relations with Russia don't harm its ties with the Western world, as well. In a nutshell, the present Ukrainian story and the historic split in the Orthodox world should be seen from this angle, too.