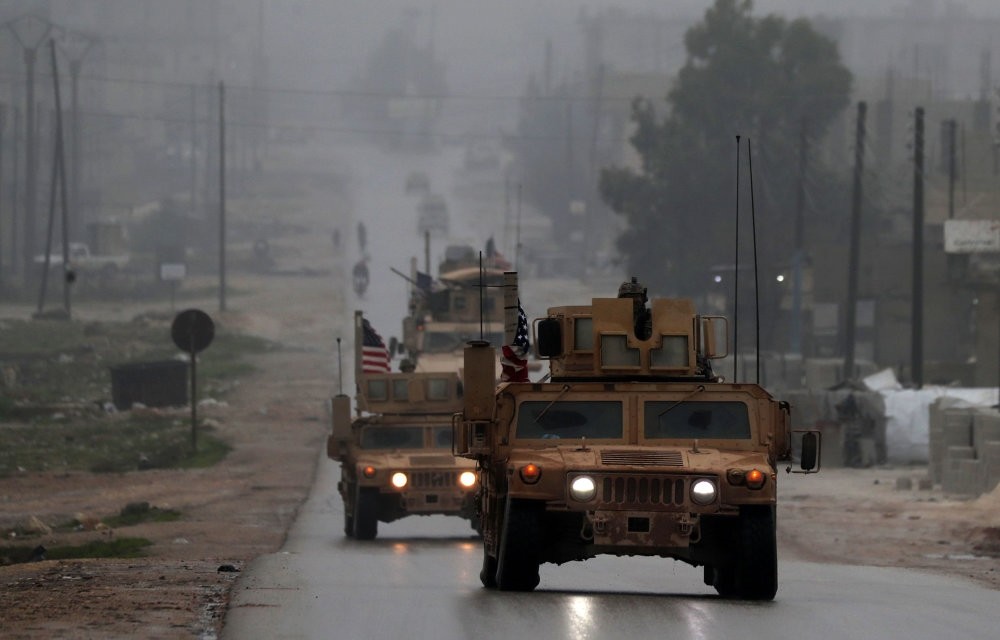 It is normal to see him making controversial and speculative remarks, but this time, what he said Sunday on Twitter has become the worst and most inaccurate among recent remarks. Of course, I'm talking about Donald Trump of the United States and his incoherent attitude toward Turkey.

Mr. Trump took to Twitter and threatened Ankara with strong economic sanctions if the Turkish military hits the PKK-linked Syrian terrorists following the U.S. withdrawal from the region. However, he used the term "Kurds" while talking about a bunch of non-state actors, and this created an uproar in Turkey and within the Turkish administration.

It is a huge mistake for the U.S. president to equate the entire Kurdish population, that comes from different religious, political or traditional backgrounds, with the outlawed PKK's bloodthirsty members in Syria. By doing so, Trump made it seem as though Turkey is attempting to target the Kurds as a whole. This is a pure lie and an insult to Turkey, where the majority of Kurdish people safely and peacefully reside within Turkish borders. It is indeed a fact that there were and are still some problems concerning the Kurdish population; however, it should be noted here that Turkey has made great progress in terms of providing democratic rights to the Kurds in the last 10 years.

On the other hand, the PKK and its Syrian branches, the People's Protection Units (YPG) and Democratic Union Party (PYD), are an open enemy of the Turkish state and its people. This dangerous group bombs villages, kills civilians and targets the integrity of Turkey's territory. Like any other state threatened by terrorism, Turkey is taking precautions against the PKK, trying to abolish it. This doesn't mean Turkey targets an ethnic identity.

Following President Trump's provocative and unacceptable threat, President Recep Tayyip Erdoğan and Trump held a phone call. The idea of setting up a 20-mile safe zone in northern Syria was discussed and Erdoğan stated the phone conversation was positive. Erdoğan also said that Trump's words on Twitter saddened him, but the two leaders could reach a compromise at the end of the day.

It is true that there have been major problems in U.S. politics that stem from President Trump's incoherent moves, particularly in Syria. Nobody can predict what Trump will say tomorrow. Nevertheless, his decision to pull U.S. troops out of Syria can be described as a rational maneuver and the safe zone plan to be formed in coordination with Turkey on the Turkish-Syria border seems positive as well.

After the phone call with Erdoğan, Trump was again on Twitter, but using a totally different tone than the previous hawkish one in which he economically threatened Ankara. "Spoke w/ President Erdoğan of Turkey to advise where we stand on all matters including our last two weeks of success in fighting the remnants of ISIS [Daesh], and 20 mile safe zone. Also spoke about economic development between the U.S. & Turkey – great potential to substantially expand!" Trump tweeted.

No matter what, it is quite ironic seeing the U.S. president talking about the safe zone idea as if he were the mastermind of the plan. For a number of years, Turkey has supported the formation of a safe area in northern Syria, believing that it will help eradicate the region of terror. Why Trump talks about it as if he came up with a brand new idea is most likely because he sees a possible safe zone as a way out to support his unexpected withdrawal decision – one that was harshly criticized by his opposition at home.

On the contrary, Mike Pompeo, the U.S. secretary of state, said this week that the discussions on the buffer zone are ongoing, noting that the United States wants the regional forces who helped them in Syria to be safe and that terrorists are not able to attack Turkey.

Well, there is a huge dilemma at the White House's foreign policy desk as the forces Pompeo talked about and the U.S. wanting to build a buffer zone to protect are the ones aiming to attack Turkey at the same time. The inconsistency among U.S. officials and the U.S. president on Syria make things complicated. The million-dollar question is what the U.S. really wants to do in Syria and across the rest of the region.