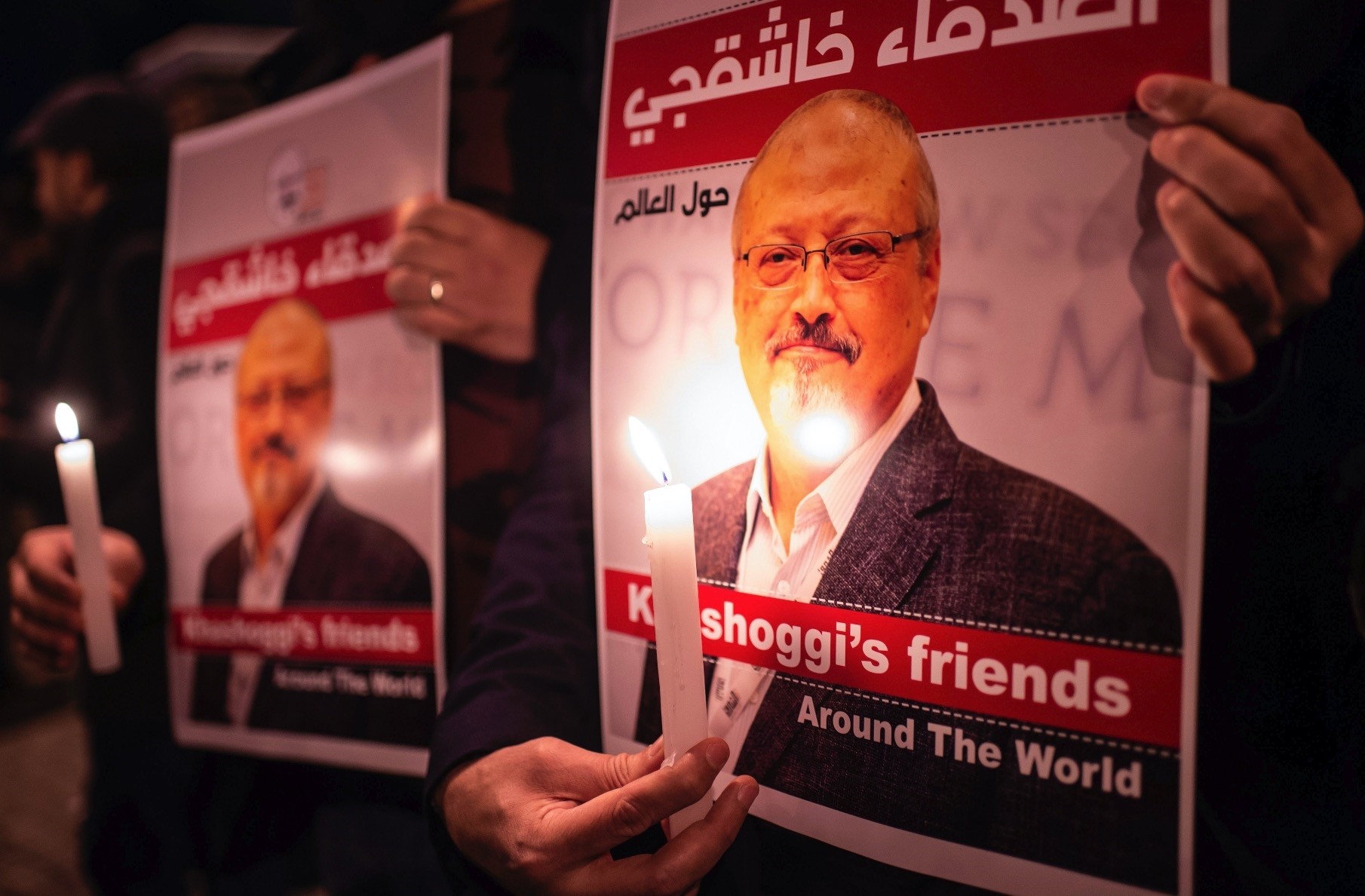 People hold posters at murdered Saudi journalist Jamal Khashoggi and light candles during a gathering outside the Saudi Arabia Consulate in Istanbul, Oct. 25, 2018.
by Nagehan Alçı Feb 06, 2019 12:10 am

The U.N. probe into the Khashoggi killing may not land any of the killers behind bars tomorrow, but it might lead to a process for sanctions and international criminal prosecution

A three-member U.N. investigation team arrived in Turkey Monday. Led by Agnes Callamard, the U.N.'s special rapporteur on extrajudicial executions, the team has already started meeting those trying to shed light on the murder of Saudi journalist Jamal Khashoggi.

Callamard met Foreign Minister Mevlüt Çavuşoğlu, Chief Prosecutor İrfan Fidan, journalists working specifically on the murder and those investigating evidence that might lead to the murderers. So far, the U.N. has recognized Turkey's efforts but, unfortunately, effective international pressure on Saudi Arabia is still not on the horizon.

The U.N. probe into the Khashoggi killing may not land any of the killers behind bars tomorrow, but it might lead to a process for sanctions and international criminal prosecution.

Richard Dicker, an international human rights lawyer, told the Middle East Eye that this inquiry may be one of the building blocks that ultimately lands the killers in court. He also reminded that: "Callamard's inquiry is not a criminal investigation. It is a fact-finding mission … if her report is passed to a criminal prosecutor, it could be very helpful in developing evidence for a criminal complaint."

Let me give you some more details about the U.N. investigation team in Istanbul. Callamard is joined by Helena Kennedy, a British lawyer and member of the House of Lords, and professor Duarte Nuno Vieira, a pathology and forensic science expert from Portugal.

They will be investigating the case the whole week. According to information coming from their meeting, they asked for the audio tape recording of the murder and talked with journalists about the details of the content of the recording. The audio recordings are in Turkey's possession, but I believe Turkey will share it with the team.

The recordings are vital evidence that will help prove that the murder was planned at the highest level in Saudi Arabia. Saudi officials have repeatedly denied Crown Prince Mohammed bin Salman's involvement and described the murder as a rogue operation carried out without his knowledge. But the tapes feature Saud al-Qahtani, a top aide to the crown prince, and, combined with other evidence, led the CIA to believe that Salman ordered the assassination.

Saudi officials keep denying the involvement of the Saudi crown prince, and Qahtani has been removed from his office. Eleven unidentified defendants have been put on trial for the crime in a Saudi court, but the credibility of this process is not convincing for the outside world.

In this context, what would be the effects of a U.N. investigation? Could it lead to the Saudis refraining from protecting those involved?

According to Louis Charbonneau, the U.N. director for Human Rights Watch, the report can put the U.N. stamp on the theories and media reports and force action away from other U.N. organs, like the General Assembly or the Security Council. At least if the report comes up with names, it would be possible to expose those behind the murder.

All in all, the investigation brings new dynamism and hope to the case, and the international world recognizes Turkey's sincere efforts to cooperate and help bring the responsible to justice.