The YPG remains an active threat to Turkey 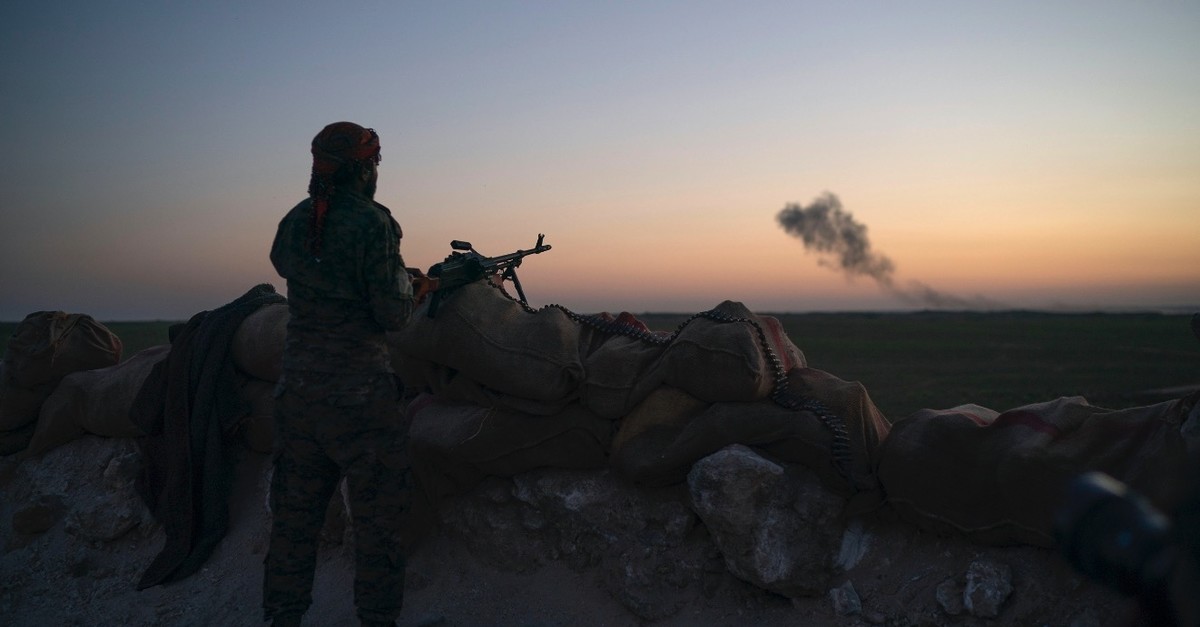 The YPG-dominated SDF presence in Syria is the most dangerous element that threatens Turkey's national security, leading Ankara to generate actions to counter it

The Democratic Union Party (PYD) and its military branch, the People's Protection Units (YPG), are creating false and dangerous propaganda in the region. There is an umbrella organization in Syria called the Syrian Democratic Forces (SDF), which is seen as a cover for the PYD.

Currently, the leader of the SDF, Ilham Ahmed, is touring Washington, Paris and London with her delegation and calling for an international observer force to be stationed at the Turkey-Syria border to protect "Kurds" from Turkey!

Well, as a Turkish citizen and a journalist, having criticized all of Turkey's policies in the '90s and early 2000s concerning the treatment of Kurds, I can definitely say that saying "Turkey is planning to attack the Kurds" is a big, unjust lie.

Turkey has been very careful in differentiating terror elements targeting its border from civilians, and there is no ground to say that it targets the Kurds. That propaganda is illogical since Turkey is the motherland of millions of Kurds. Before the Justice and Development Party (AK Party) governments it was not possible to speak in Kurdish in official speeches, there were no opportunities to even learn Kurdish. Kurdish books were banned and even Kurdish names were forbidden. Now there are Kurdish institutes, politicians have no problem creating Kurdish campaigns, there is a Kurdish state channel and the atmosphere is more embracing.

There are of course some problems stemming from security measures against the PKK, but Recep Tayyip Erdoğan and his governments have come a long way. How is it that all of a sudden that the same Erdoğan is turning around to attack the Kurds?

However, the YPG always uses the same propaganda methods. To find convincing ground it speaks in the name of all Syrian Kurds. The YPG and PYD panicked after the United State announced its upcoming withdrawal from Syria.

Turkey is firm in wanting to form a safe zone, and messages coming from Syria are positive. On Tuesday, U.S. State Department deputy spokesperson Robert Palladino said in a press conference: "We are actively engaging with Turkey on this and that is part of our efforts to ensure a safe withdrawal of the U.S. and a stabilized northern Syria. Washington takes Ankara's legitimate security concerns seriously."

These words hint that from the U.S. perspective a safe zone could be created in line with Turkey's demands and according to its plan. But the U.S. is not the only actor in Syria, and things are more complicated than this.

First of all, since Donald Trump announced the U.S. withdrawal, three months have passed. Since then, no troops have been withdrawn, and the Pentagon confirmed only last month that additional troops were being sent to protect American forces. So the process might be much longer than expected; so long in fact, that forces may leave after the formation of a new Syria!

Speaking of a new Syria… What is the solution for Syria? Unfortunately, there are no new actors, and Bashar Assad is still the only political option. Here, Turkey faces another dilemma. In Sochi last week when President Erdoğan met with Russian President Vladimir Putin and Iran's Hassan Rouhani, Turkey's plans to create a safe zone were widely discussed. Russia and Iran, which have been big supporters of the Assad regime, claim that any such zone would require the approval of Damascus.

Turkey works in Syria with countries that have clashing interests, and this has become more apparent since the announcement of U.S. withdrawal. Now a solution must be found. Turkey wants to protect its borders and clear its south of the YPG, but doesn't want to engage in high-level relations with Damascus. A clear solution and a new era in Syria are still far on the horizon.