Kushner's gamble in the Middle East 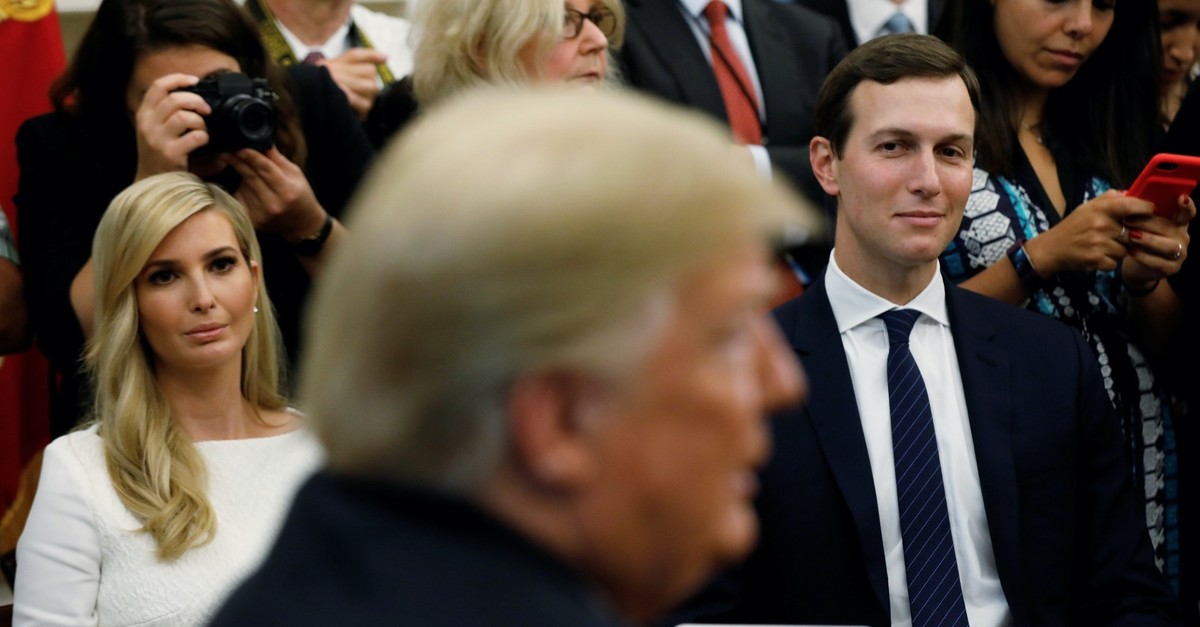 U.S. President Donald Trump's adviser and son-in-law Jared Kushner flew to the Turkish capital Ankara on Wednesday to meet with President Recep Tayyip Erdoğan and Treasury and Finance Minister Berat Albayrak. Their agenda contained a range of issues, but Kushner's main goal was to talk about his controversial peace project for the Palestinian-Israeli conflict. Besides that, they also discussed increasing Turkey-U.S. cooperation and ways to boost economic conditions in the region.

For a while, Kushner has been attempting to be involved in the Palestinian-Israeli conflict. Kushner's project even involves changing the regional borders, a significant change since the U.S. moved its Israeli embassy to Jerusalem, one of the most risky decisions in world politics in recent times. In this context, it is worrying how the Trump administration will shape its "peace" plan.

Erdoğan was among the critics of the U.S. Embassy move and showed his objection, saying, "The United States has chosen to be a part of the problem [between Palestine and Israel] rather than of the solution."

It can be assumed that the Trump administration sending a senior adviser to meet with the Turkish president means that the U.S. has decided to change its firm pro-Israeli approach to a more balanced rational stance. Kushner's trip has another meaning: Turkey's geopolitical importance has once again been observed by the U.S. administration.

However, in an interview with Sky News Arabia on Monday, Kushner didn't specifically mention a Palestinian state, but he said that the long-awaited peace proposal would build on a lot of past efforts, including the 1990s Oslo accords that provided a foundation for Palestinian statehood.

Along with the Palestinian cause, Kushner's Ankara meeting is a strong sign that Trump's team tends to consider Turkey a key player in the region. Concurrently, the U.S. is reportedly withdrawing from Syria, and Turkey is an influential state in the Syrian theater. Its good ties with the Kremlin enables it to balance Russia's power and position in Syria, making Ankara more crucial than ever. Ankara owes this situation to its multidimensional foreign policy. With that, Ankara can keep relations both with the United States and Russia at the same time and balance opposing views.

Kushner's Middle East plan has not been unveiled yet; however, it is known that he will declare it following Israel's April 9 elections. According to what he has implied so far, it can be said that the "peace" plan focuses on economic opportunities for the Palestinian people rather than a separate state.

Before coming to Turkey, Kushner and his peace plan partner, Jason Greenblatt, Trump's Middle East envoy, met with Saudi Arabia's King Salman and Crown Prince Mohammed bin Salman (MBS). It is obvious that the Kingdom of Saudi Arabia will approve whatever plan comes from the Trump administration since the U.S.-backed crown prince is in a tight corner due to the brutal assassination of Saudi journalist Jamal Khassoggi.

At this point, Turkey's position is more than crucial. Erdoğan has always been an advocate for the Palestinians. Kushner needs to embrace the Palestinian people to get Erdoğan's approval for the plan. I think that was what was discussed in the Kushner-Erdoğan gathering in Ankara.