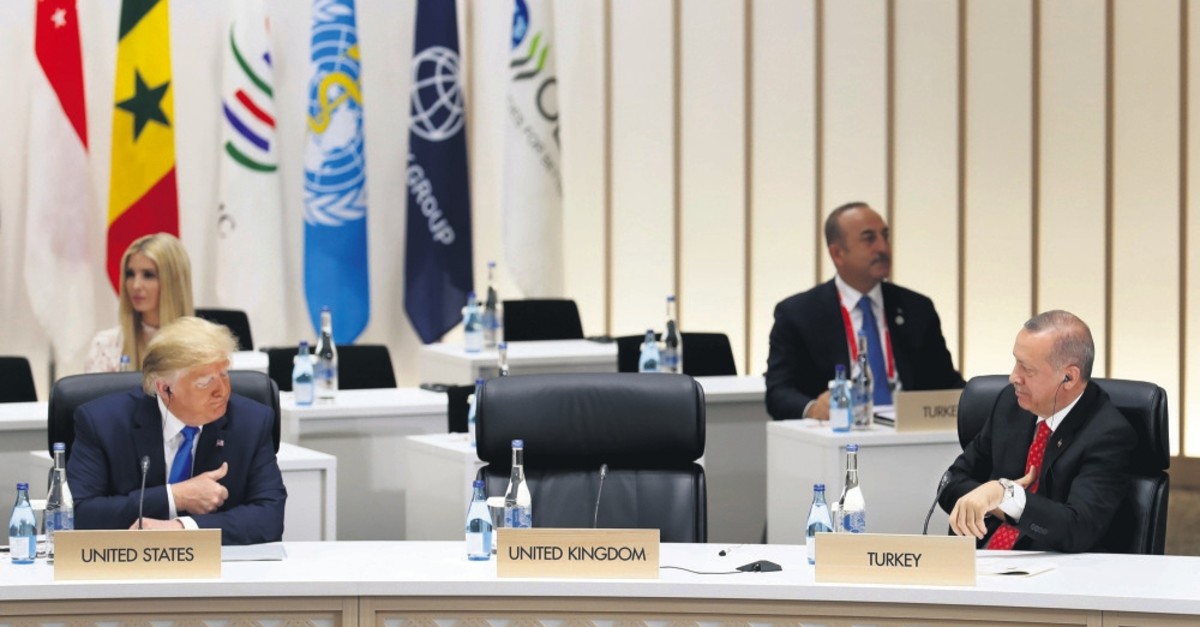 Turkey's efforts in northern Syria are creating the intended results as the terrorist forces of the People's Protection Units (YPG) are continuing to pull back from their positions. President Recep Tayyip Erdoğan said last week that he could implement plans within a short period of time to remove the YPG forces, including an operation against the YPG forces.

His words were clear: "We do not have much time or patience regarding the safe zone. Within a few weeks if our soldiers don't start controlling this area there will be no other option left but to implement our own operation plans."

His message was directed at the YPG as well as to Washington, and his decisiveness seems to have created a positive outcome.

Let me remind you of the details of the "agreed safe zone."

According to a deal agreed earlier this month between Turkey and the United States, a joint operations center was set up for the planned safe zone, but the size of the area and how it will be managed is still not clear.

Turkey has been pressing to control – in coordination with the U.S. – a 30-40 km deep safe zone running east of the Euphrates all the way to the border with Iraq. Last Friday President Erdoğan said that they already have temporarily agreed to a safe zone proposed by the U.S. that is narrower than 32 km.

The U.S. is surprisingly changing its position and coming nearer to Turkey's standpoint. There have been tensions between the two countries for years over the situation in northern Syria and now we talk about a clear rapprochement.

Both countries have military personnel in the region and they want to find common ground and ways to avoid conflict between the two forces. Turkey's decision to buy the S-400 missile system from Russia was a big stress point in the relationship but now Ankara seems to be more willing to collaborate with Washington.

Turkey always stressed that it wants a multipolar diplomacy and having S-400s is not an obstacle in its alliance with the U.S. but Washington reacted very negatively to this decision. Now things are cooling down. Turkey said it would not activate the missiles until April 2020, allowing negotiation channels to remain open with the U.S. Washington then sent a new ambassador to Ankara in a show of goodwill.

David Satterfield, the new American ambassador to Turkey, was welcomed on Aug. 28 at the Beştepe Presidential Complex.

Of course we should also talk about the possible wave of migration from Idlib. The Assad regime wants to take the only remaining rebel settlement and a large population movement from Idlib is expected. Turkey wants to settle the immigrants in the safe zone so this might have accelerated the process.

The essential reason why the U.S. is searching for more collaboration with Turkey is a will to strengthen ties with its allies to offset Russia and Syria.

In short we can say that Turkey-U.S. relations are coming back on track and Ankara's insistence on its policy of multipolar diplomacy seems to be creating constructive results.