US faces sincerity test in Syria 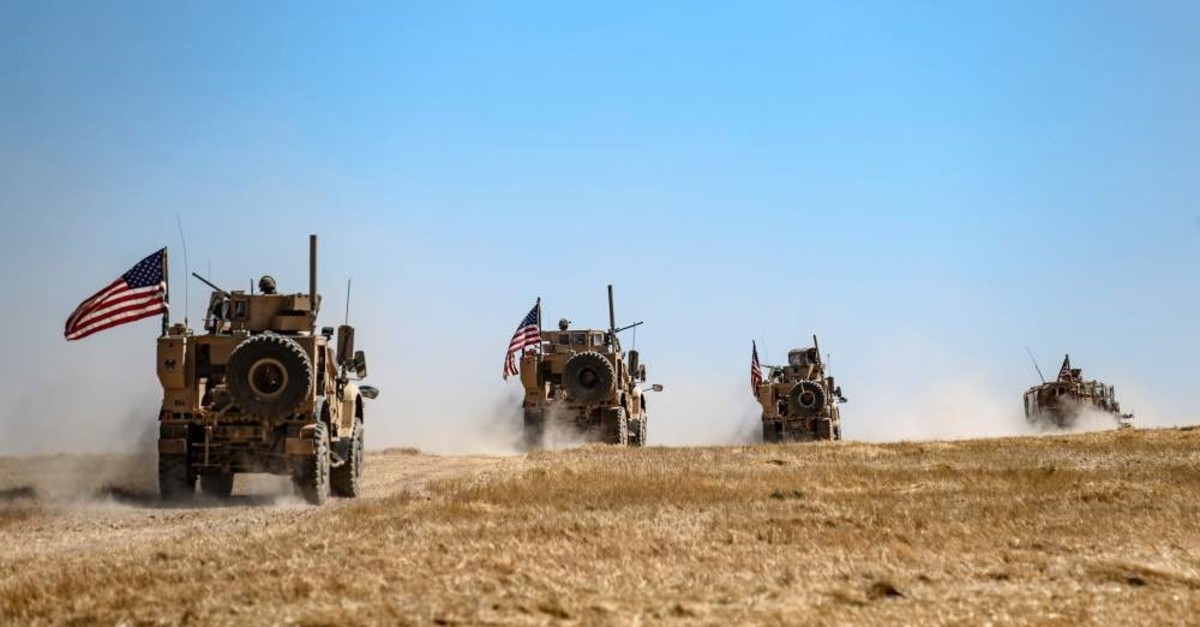 The existing safe zone plan in northern Syria is a great opportunity for the U.S. to regain some of the trust it has lost among its allies

"The U.S. is only taking cosmetic steps as part of the safe zone agreement," said Foreign Minister Mevlüt Çavuşoğlu at a press conference on Tuesday. His words aimed to make clear that Turkey is not satisfied with U.S. efforts in creating a safe zone and cooperation between the two countries. Ankara is accusing Washington of double dealing to create a safe zone in the region. In August, the generals of the two countries reached an agreement, under which the two militaries would create a safe zone in northeast Syria. It is mainly intended to protect the Turkish border from the PKK-linked People's Protection Units (YPG). Everything seemed to be on track. The U.S. military claimed that the agreement was already being put into action and we saw the first joint military patrol into northeastern Syria. Heavy YPG fortifications close to the Turkish border were also targeted by the U.S. according to military sources.

However, Washington is still not giving enough confidence to Ankara about its sincerity in the struggle against the YPG terrorist group. The YPG is still a close U.S. ally in the fight against Daesh. Here we should note that the U.S. has two conflicting interests; on the one hand, it wants Turkey to be its ally in Syria, while on the other hand, it feels a need to engage with Turkey's enemy, the YPG, against Daesh. This causes concerns for Turkey as President Recep Tayyip Erdoğan said Ankara's patience is running out. Erdoğan highlighted that the U.S. "sending 50,000 truckloads of equipment and ammunition to the YPG terrorists have bothered us. Against whom are these weapons being used? Against us! It is not possible to accept this [behavior] from a strategic partner."

Now Turkey has set a September deadline for Washington. President Erdoğan expects the U.S. to fully implement the August military agreement. If it doesn't, Ankara wants to intervene alone.

But how will this agreement come into action? There are not even set lines concerning the exact area of the safe zone. Turkey wants a region going as deep as 40 kilometers whereas Washington is insisting on 10 kilometers.

We clearly see a lack of confidence from the Turkish side and it has its fair reasons. Washington has clearly stood by the YPG and empowered it with weapons. The YPG is a branch of the PKK, which Turkey has fought for years. So Turkey wants to see clear steps and a change in U.S. policies towards the group.

Some analysts claim President Erdoğan can change Washington's policies here by engaging in a strong dialogue with his U.S. counterpart, President Donald Trump. The two leaders will come together to meet in New York next week. This may be a reasonable guess since both leaders get along very well with each other and President Trump succeeded in changing Washington's policies concerning possible sanctions against Turkey in response to its purchase of the Russian-made S-400 air defense system.

There still are rumors that some sanctions are on the agenda but the peak shock atmosphere is over so I think it is quite unlikely at this time. In short, it can be said Turkey-U.S. relations are facing a test and there are some good signs for it; however, the exact picture will be clearer next week during and after the annual U.N. General Assembly in New York.