Turkey struggles for stability in Libya 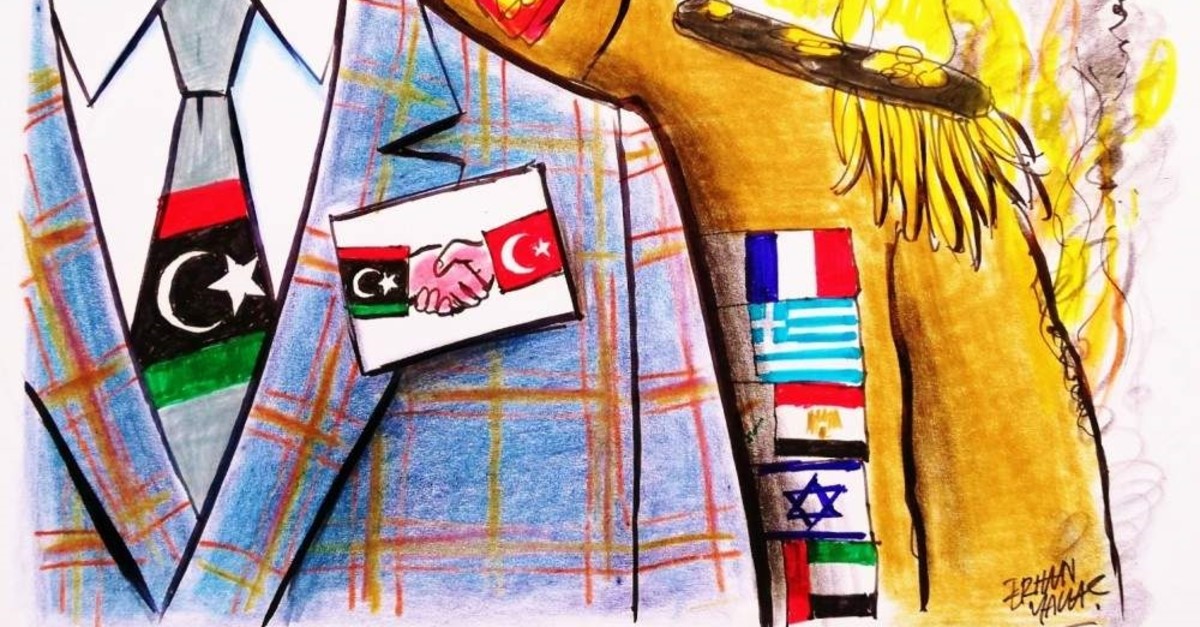 Just like it did in the other parts of the region, Turkey is seeking to contribute to improving stability in crisis-hit Libya

Everything started changing in Libya the day Russians began arriving in October and growing in number quickly with airpower, artillery and snipers.
Now the situation in Libya is becoming more complicated every day, and Turkey is the only country to stand openly with no hesitation with the Tripoli government in opposition to Gen. Khalifa Haftar, who is backed by Russia. The U.N. and the U.S. are also showing support alongside Turkey, but neither are really present with their power. Only President Recep Tayyip Erdoğan has sent power and continues to raise his voice against the possible domination of Russia in Libya, which would cause another balance shift and bloodshed in the region.
President Erdoğan mentioned the possibility this week that Turkey might send troops to counter Russian forces if the official Tripoli government requests it.
Libya has been in chaos since the NATO intervention against Moammar Gadhafi. There is no central control over the country, and different groups are fighting each other. Hafter is backed by Russians who have been trying to take Tripoli for the past five years, and his position has strengthened since the Russian forces came.
Last week they captured most of the neighborhood of Salah el-Deen and that gave a boost over the Tripoli government.
That is very dangerous because the collapse of the Tripoli government would lead to turmoil and a deep civil war. It will also bring about the empowering of Moscow in Libya, which will affect the balance in the world. Haftar's forces are aligned with Russia, but they are also backed by Israel, the United Arab Emirates and Egypt.
The United States seems to be on the side of the U.N. and in line with Turkey’s policies of supporting the Tripoli government, but there are inconsistent signs. On one hand, U.S. officials called Russian forces "incredibly destabilizing" but on the other hand, the National Security Council official responsible for Libya, Victoria Gates, met with Hafter to discuss peace talks.
Sometimes Washington condemns the assault on Tripoli, though U.S. President Donald Trump went on to call Hafter "a fighter against terrorism."
So the sides are quite vague. It is only Turkey that strongly stands by the official Tripoli government alongside the U.N., but things have been getting tough since the Russians arrived. The Tripoli government has weakened with Haftar's assaults backed by Russian forces, and everyone is waiting for Turkish equipment to arrive.
Turkey is struggling for stability in Libya as it does in other parts of the world. It was clearly the only country aiming for unity and stability in Iraq, is fighting for a unified Syria and acting according to the same principle in Libya.
Last Update: Dec 20, 2019 2:21 am
RELATED TOPICS