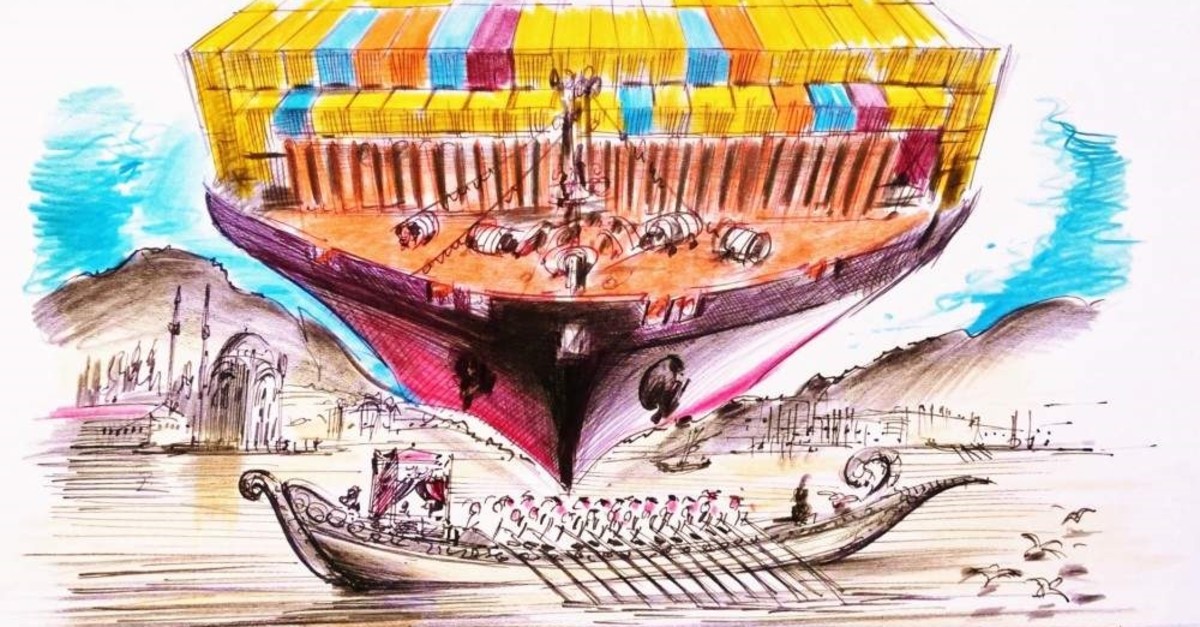 The Kanal Istanbul project has become a highly popularized topic of political debate not only in Turkey but also outside of the country. The sides are not surprising. Supporters of President Recep Tayyip Erdoğan are for the project, while his opposers are strictly against the project. It is as if we are not talking about geography, architecture or the environment. Nobody really wants to know the details of the proposed project.

Unfortunately, we live in a highly polarized society. Truly, we do. Politics resembles more and more a football game where everyone is a fanatic. But it shouldn't be that way, at least when we talk about Kanal Istanbul.

When President Erdoğan announced the name of the project and described his dream for the first time in 2011, many scientists, ecologists and architects supported the project. He was not talking about something different. The project was planned to be 45 kilometers long, aimed to connect the Black Sea with the Marmara Sea and the capacity was as it is announced today, with the exact same details, and millions of people got excited about it.

But something was different in those days. We were not such a polarized, highly politicized society in 2011. People were concentrating on the content and aim of the project. We should seek ways to do that again.

I am for the building of Kanal Istanbul not because I support President Erdoğan but because I believe that Istanbul is a city that is growing very quickly and has growing needs. The city will be expanding in the future whether we want it to or not. So I am for a good, calculated, scientifically audited instruction of such a grand project which will enhance the value of Istanbul, bring an alternative to the busiest sea route and also bring money to Turkey and new living areas for the people of Istanbul.

We should be realistic. Istanbul's population is growing and sooner or later the city will reach 25 million inhabitants. The question is: Will we plan this growth or will we let it happen however it does?

Kanal Istanbul is one of Turkey's most strategic megaprojects and it aims to reduce potential risks posed by ships carrying dangerous goods through the Bosporus. It is projected to have a capacity of 160 vessel transits a day.

Therefore, instead of being categorically against it, we should concentrate on thinking about how to build it the right way – a way in which it will be in harmony with the topography, in a manner approved by international scientists, and which will not cause the over-urbanization of the area.

Of course I am against over-construction. Who wouldn't oppose it? There should be large green areas left and buildings should be constructed tastefully. But the opposition is only talking about stopping the project and never discussing the details of if and how it should come to be made.

If done with care and good intentions, Kanal Istanbul can help improve the city and make Turkey more prosperous. We should concentrate on monitoring the government to make sure it is done in that way.