Kenan Evren is not an ordinary coup leader 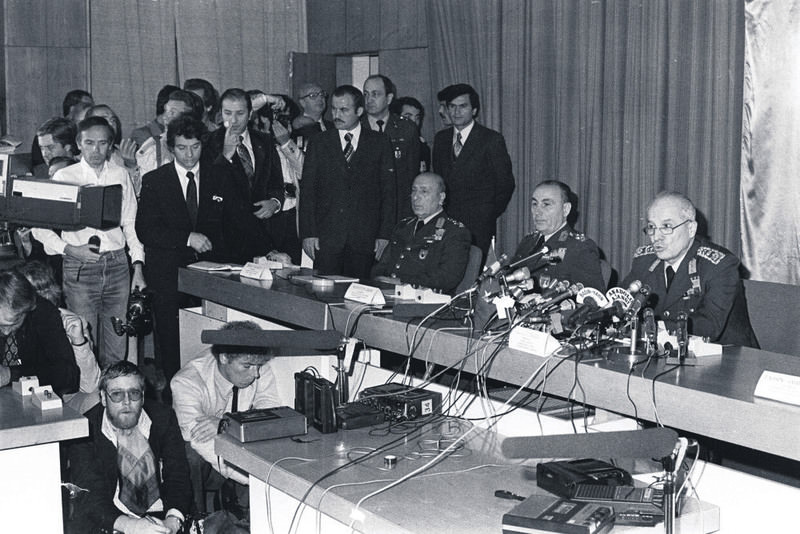 Kenan Evren led the 1980 military coup which resulted with hundreds put behind bars. Interestingly, at that time, the coup regime of Turkey did not face any sanctions from the West and the constitution of the coup period was approved by the Council of Europe

Kenan Evren, who is older even than the Turkish Republic and left his mark on the Republican history, passed away at the age of 97. He is quite a controversial figure. He was appointed chief of general staff in 1978. On Sept. 12, 1980, he staged a military coup amid an atmosphere where instability was at its highest level, dozens of people were shot to death on the streets every day and serious fears were prevalent in the face of the possibility that a communist revolution might occur. Evren overthrew the government, dissolved Parliament and became the ruler of the country. The anarchy was quelled. A safe atmosphere was provided in Turkey under the control of the army. A year later, all the political parties were closed. In 1982, a referendum was held on the constitution that was drafted by the Advisory Council. The new constitution took effect with the approval of an overwhelming majority, 92 percent of voters. As a result of the ballots, Evren became president.

In 1983, free elections were allowed. And in the last month of that year, Turgut Özal was assigned to form a new government as prime minister. Thousands of detentions, dozens of executions, torture and the people who went missing while detained were among the other prominent topics of that period. Of course, it was more visible among the groups with left-wing tendencies. For the rest of society, the provision of safety and stability and the functioning of social order were more important. For this reason, the public approved the constitutional order introduced by the coup regime without being informed enough on its properties. But when the free elections were allowed, they elected a political party opposed by the pro-coup mindset.

Evren is the architect of the constitutional order in this country. He did not only enact the new constitution, but also introduced all the fundamental laws of the country until Dec. 6, 1983, when he left the administration to civilians, even though it was perfunctorily. All the laws about political life, organized life and labor struggle were amended according to the wishes of generals. And all the laws on the judicial system were also enacted during that period. When a new government was formed on Dec. 6, 1983, Parliament did not have a need to enact a new law apart from the fields of economy and social security. The coup-stagers, led by Evren, did not only stage a coup, but also founded the legal and political order of Turkey.

In this order that they founded, democratic institutions did not have a right to speak on fundamental political decisions. To put it more rightly, the democratic institutions in Turkey have never had a right to speak on fundamental political subjects except the period between 1950 and 1960. This period also ended with a coup staged on May 27, 1961. Evren is not the first coup-maker in Turkey. There was a coup in 1913. Between 1925 and 1950, a single-party dictatorship that had militarist features dominated the country. The adoption of democracy in 1950 was ended with the May 27, 1961 coup. Therefore, the coup staged by Evren was a coup that did not end democracy, but altered the already present coup regime with another one.

His Constitution was also the same as the ones imposed by the previous coups in terms of its fundamental political and institutional choices. In other words, the constitutions of 1924, 1961 and 1982 were actually three different variations of the same constitutional choice. All three of them were octroyed constitutions. The interesting point was the reaction Europe and NATO gave to the 1980 coup. While Greece's NATO and Council of Europe memberships were suspended after the 1967 coup there, Turkey did not face any sanction. Conversely, the coup period constitution was approved by the Council of Europe.

Osman Can is a Law Professor and Reporting Judge at the Turkish Constitutional Court. He holds a PhD from the University of Cologne, Germany.
Last Update: May 13, 2015 5:26 pm
RELATED TOPICS