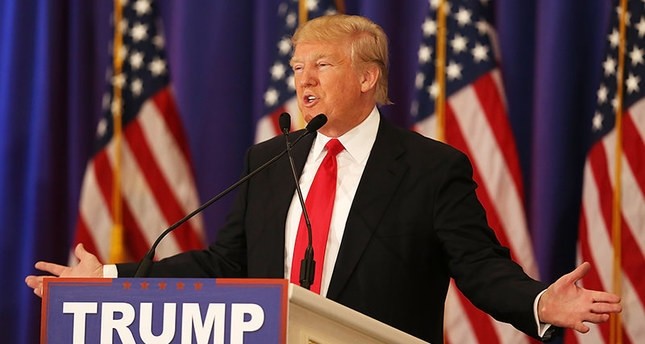 Americans need to stop blaming others for the rise of ‘Trumpism' and instead see that it was U.S. experts, media, think tanks, the congress, White House and the State Department that fostered this trend

If you talk with American experts or journalists, they assure you that Clinton is going to win in November, and there is nothing to be afraid of. They tell you that Trump's controversial comments on Muslims, Hispanics, Isolationism, Russia and the Middle East are root causes, ensuring that he won't get elected because he can't win the independent votes he needs to defeat Clinton.

Then you see a parade of comments accusing everyone other than the American elite or American people for Trump's success. They say he is behaving just like a Middle Eastern autocrat or he is racist like right-wingers in Europe or he has authoritarian tendencies as Putin does in Russia. They try to explain his popularity by likening him to foreign leaders or ideologies but mostly stop short of questioning the reasoning of American people who obviously have lost touch with U.S. media and the Washington establishment across the political spectrum.

Let's make something clear: Trump is your mess. Yes, he has business partnerships with Arab companies or Turkish media mogul Aydın Doğan, but no one in the world, including Turks, has anything to do with your own "make America great again" problem. Trump's success is your fault, not ours. Trump getting more media coverage than any other candidate is your making, not ours. Your unhealthy political machine on Capitol Hill and deep-pocketed think-tank circles that praise whoever donates the most are the ones who have succeeded in making Trump a viable candidate for millions of Americans.

So, all the other presidents, ideologies, racist despots or populist demagogues have nothing do with this problem. Stop making these comparisons, not just because it pisses off a lot of people but also it is useless.

Yes, the majority of Turks, who are getting more anti-American day-by-day thanks to Barack Obama's policies, are very happy that finally the U.S. is getting what it deserves. Whenever I tweet about Trump, dozens of tweets flock in my timeline, wishing him success to bring the U.S. to its heels - if it hasn't already happened.

When you read through the tons of searches on Trump's popularity, you see a lot of input, most of it useless, but it gives you a great deal of sense why people support him. There are two basic themes. One is about the establishment. When you speak about the establishment, people think about lobbyists or party heavyweights that control everything with the backing of huge U.S. companies. But actually, it is also a reaction against the ruling class: prominent families, the rich and the best universities in the country. They are angry with Ivy League graduates that find jobs and quickly become influential in political circles just because they have friends everywhere due to their educational backgrounds. Simply put, they are against every type of elitism or close circuit network whose jobs only help each other to rise in society. Second, of course, it is about the economy. As U.S. media reported repeatedly before, the American dream died long ago and the future for everyone, millennials and middle age working class alike, seems dark. Even college graduates struggle to pay the rent, which is why they support Bernie Sanders, while others observe very vividly that illegal immigrants decrease wages further, as high-paying jobs are in the hands of American elites.

These people are tired of U.S. media's reporting on bread and butter issues as well. Network news channels are all about politics and foreign policy, but when it comes to issues directly related to ordinary American problems you get the shortest bit of news coverage.

I know that American experts, media, think tanks, Congress, the White House and the State Department like to lecture Turkey about everything. But guess what, American people are also not happy about you guys either.

This might be the time for self-criticism, and stop blaming others for your Trump problem, fellas.
Last Update: May 26, 2016 2:01 am
RELATED TOPICS