What is being cooked in Washington for Syria? 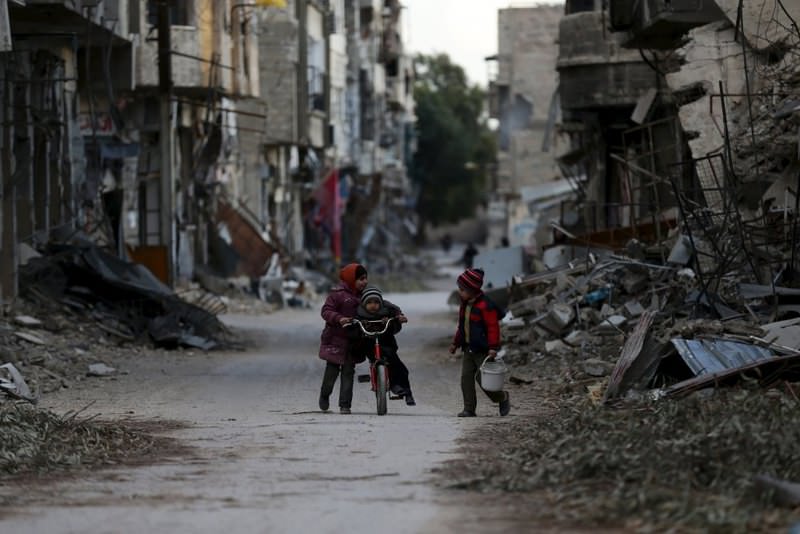 The ‘A Peace Plan for Syria' report published in Washington, is just another paper representing the U.S.'s strategy on the Middle East, including, as always, hidden plans in the background

After five years of a brutal war of the Damascus regime against its own people, Syrian President Bashar Assad still finds a way to survive under the protection of Iran, Russia and perhaps some members of the international coalition, just like DAESH continues to survive until the day it meets its expiration date.

One could easily argue that the existence of DAESH serves the policy priorities of the international players.

A paper published by the RAND Corporation in the last days of December 2015 tried to feel the pulse in the region for possible policy options of the United States on Syria.

The report, "A Peace Plan for Syria," brought a proposal for the future of Syria, which confirmed the existence of DAESH and Assad, in fact, laid the groundwork to enable the implementation of the RAND Corporation's plan.

Blaming Muslims for the increase of religious intolerance in the United States and Europe, the report argued that the continuation of the conflict in Syria radicalized an entire generation of Muslim youth.

The report proposes agreed upon zones in Syria.

The Kurdish-controlled north of Syria would be guaranteed by the United States, according to the report, the Sunni opposition-controlled region would be protected by Turkey and Jordan and Iran and Russia would guarantee the security of Assad regime-controlled territory. DAESH, on the other hand, would be wiped out of the regions it controls and a representative Syrian government would be able to be operational afterward, the report suggests.

Forcing the limits of tolerance, the study dares to change the administrative structure of a country according to its policy priorities in an imposing manner.

Without consulting the people of this country who have been subject to the atrocities of a brutal regime, a nonprofit U.S. global policy think tank tries to lay the ground for the creation of new entities, ignoring the influence of regional powers and the sensible balances of the country and arguing that it would be the most appropriate solution for the future of Syria.

Now, the question is that whether U.S. administration also has ideas similar to this or not.

As far as I know, the official priority for the United States on Syria is the territorial integrity of the country, and, Washington is very well aware of Ankara's sensitivities.

But it seems that there are still gamblers in Washington investing a lot in the Kurdish card.

Even if, the current official position in Washington, for the time being, is far away from the abovementioned plan, it is clear that a poisonous dish is being cooked in the United States.

Those who try to taste this poisonous dish in Washington should be prepared for tragic dissatisfaction.
Last Update: Jan 25, 2016 1:41 am
RELATED TOPICS