International terror consortium against the unity of Turkey 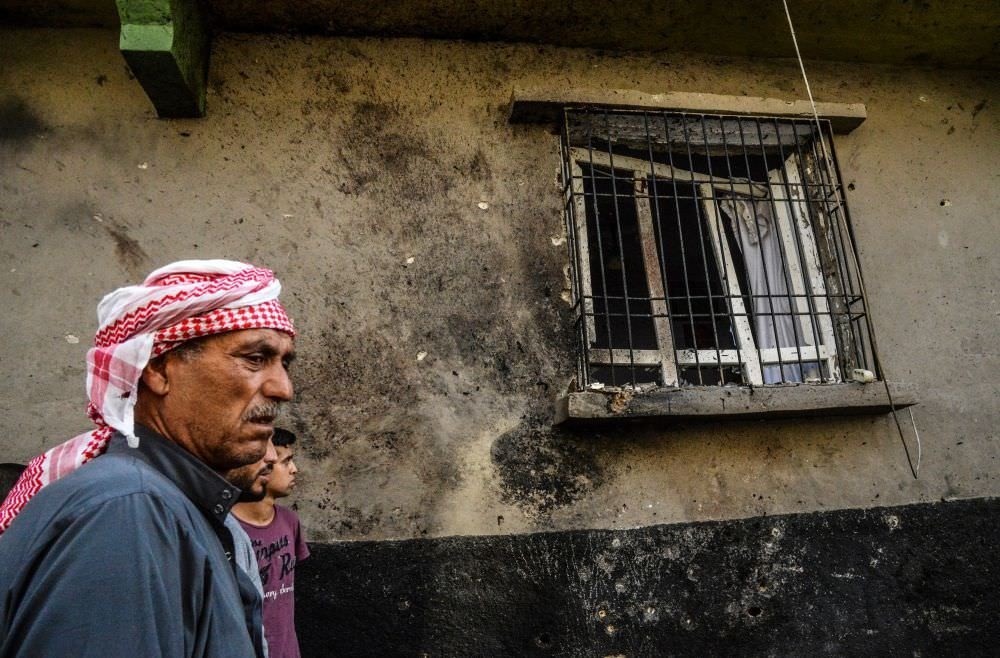 People standing near the scene of a late night bombing of a wedding party that left at least 51 dead in Gaziantep in southeastern Turkey near the Syrian border on Aug. 21.
by Saadet Oruç Aug 22, 2016 12:00 am

Amid the terrorist attacks and Turkey's heroic resistance against the July 15 coup attempt, the country's friends should provide clear support against the enemies of democracy

As Turkey tries to overcome the chaotic situation subsequent to July 15, terrorist attacks have intensified in eastern cities, initially Elazığ, Van and Gaziantep.

A wedding ceremony in Gaziantep was the latest target of terrorism, with 51 people killed and dozens injured by a single terrorist attack.

No matter whether it was the PKK or DAESH, a terrorist consortium is in charge of a plot to destroy the national unity and territorial integrity of the country.

The Gülenist Terror Group (FETÖ) is seen as the coordinator of the endless terrorist acts against Turkey.

Putting to work its presence within the police, military and the judiciary system, FETÖ's terrorist factions initiated social upheaval by such crimes as the murder of Hrant Dink, the editör-in-chief of AGOS newspaper, Gezi events and numerous other frenzied moments in Turkey's recent history. FETÖ's role should be investigated in such incidents, now more than ever.

In cooperation with terrorist networks and international players, the aim of the FETÖ terrorist cult is to prepare the ground for the collapse of Turkey and make it dependent on external powers.

Amid the terrorist attacks and Turkey's heroic resistance against the July 15 coup attempt, the country's friends should provide clear support against the enemies of democracy, who have chosen Turkey as their latest piece on the global chessboard.

Fethullah Gülen, who is the head of FETÖ, the biggest terrorist network of the world, should be handed over to Turkish authorities and help enable Turkish justice to bring the truth to light.

The real face of the FETÖ terrorist network will only be properly understood following such a trial.

As long as the Western world undermines victory of the resistance against the July 15 coup attempt and back Gülenists, history will record one of the biggest hypocrisies on record.

It is now for the world's champions of democracy to decide for the future of world democracy.

The stories of children in Syria are a symbol of the atrocity taking place in their country. Aylan Kurdi's body found on the shores of Bodrum following a sea accident during their escape from Syria for saving their souls was followed by the photo of Omran.

Omran was pulled alive from the ruins of his home in Aleppo after it was bombed and was waiting in an ambulance when his photo was taken. His questioning eyes a tragic picture of our age.

"Why, the adults of my childhood, why did you prepare such a world of wars and atrocity for me? Do I have to pay the bill of your miscalculations?" were the questions his eyes seemed to ask those around him.

Omran's photo is one from which important lessons should be drawn. We should be aware of the pains of our neighbors in order to not allow for such pain in the future. Such awareness will ensure that the efforts to bring our country to such a terrible state can only fail.
RELATED TOPICS