Is Germany disappointed with the failure of July 15? 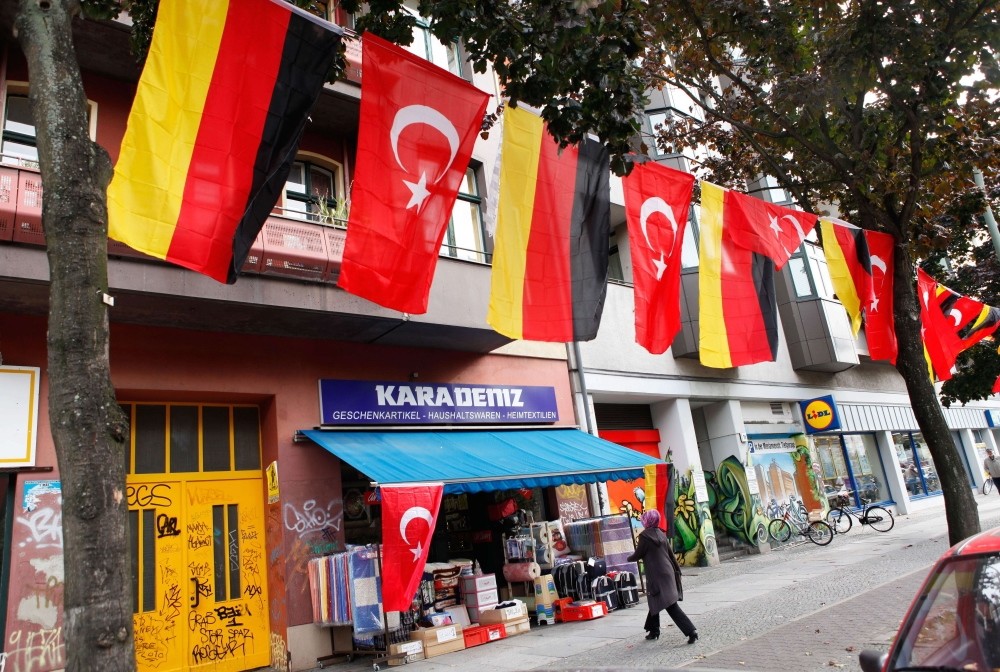 A shopkeeper in Kreuzberg, a district with a large Turkish population, has German and Turkish flags outside his shop.
by Saadet Oruç Mar 07, 2017 12:00 am

A serious crisis has been growing between Ankara and Berlin, as German officials ban meetings scheduled to be held in Germany with the participation of Turkish ministers, as well as the officials' support of those who tried to stage a coup on July 15 in Turkey.

Justice Minister Bekir Bozdağ and Economy Minister Nihat Zeybekçi had planned on attending the banned meetings that were to be organized by a Turkish association based in Germany.

The gatherings, not only designed to discuss the campaign for the upcoming referendum on April 16 to vote for the change to the presidential government system but also to condemn the July 15 coup attempt, have been officially banned by the German authorities.

It is obvious that Germany is creating a front against Turkey, so much so that since the night of July 15 each step meant to condemn the coup attempt becomes a subject of uneasiness among German officials — as Germany harbors putschists, prosecutors, diplomats and military officials with links to the Gülenist Terror Group (FETÖ).

Additionally, Germany has been followed by other European countries, such as the Netherlands and Austria, in terms of increasing the prohibitions against Turkish political meetings. Hence, not only Germany itself, but the European Union as well should clarify its position on the July 15 coup attempt that was perpetrated against Turkish democracy. Are they unhappy to see that the coup attempt failed? If not, why are they providing protection for every single figure with a link to the coup attempt? These two very simple questions need immediate answers.

As its neighboring countries, Syria and Iraq, are the current subjects of serious international agendas that are trying to shape the future of the Middle East, Turkey has perhaps become the next target for those with hidden agendas in European countries. Similarly, many tried to associate Turkey with the Arab Spring following the events in Tunisia and Egypt in the summer of 2013. Who knows, maybe the — failed — actors behind this heinous scenario against Turkey were again those hidden European agendas.

Indeed, Germany and Turkey are two countries who cannot ignore each other in light of their significant trade relations and the more than 3 million Turkish-origin people living in Germany.

Furthermore, Germany also needs the Turkish people living within its border more than ever as the demographic realities oblige it to do so. It is no secret that Germany has been experiencing a population crisis as it is gets older day-by-day, which means risking the needs of the employment market in the coming decades.

If Germany risks ignoring the Turkish-origin workers whose numbers make up a remarkable amount of the workforce, its current ageing population will not be able to take the burden of its declining economy. As a result, German officials should think twice before attacking Turkey.

I hope that Wednesday's meeting between Foreign Minister Mevlut Cavuşoğlu and his German counterpart Sigmar Gabriel will be an occasion for the two countries to overcome the ongoing crisis, which could cause the German side to lose a strategic partner if it continues.
RELATED TOPICS