Will Austrian elections be another far-right victory? 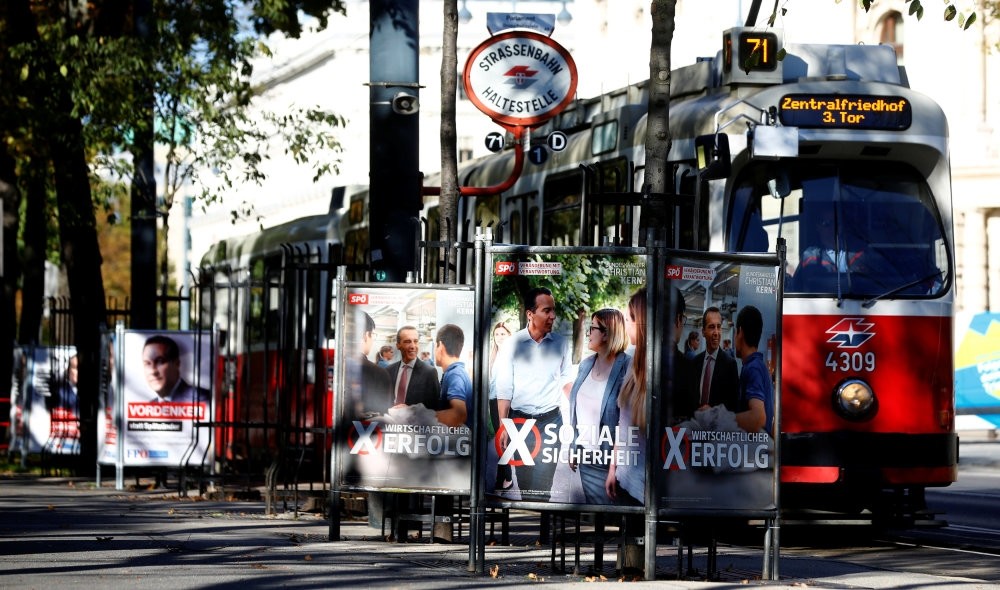 A tram passes an election campaign posters of top candidates from Austrian political parties ahead of the general elections, Vienna, Austria, Oct. 5.
by Saadet Oruç Oct 13, 2017 12:00 am

The rise of far-right discourse in Europe seems to be accelerating as Austria is about to elect a new government in a vote on Sunday. According to polls, the far-right Austrian Freedom Party (FPÖ) appears it will at least be a partner in the new Austrian government. As a political figure who has reportedly received training at neo-Nazi organizations, the head of the FPÖ, Heinz-Christian Strache, claimed at the beginning of the election campaign that Austria is being "Islamified," calling for a ban on what he referred to as "fascistic Islam."

During the election campaign, Islam, refugees and fundamental human rights were brutally targeted to receive maximum support from Austrians. Here, it can be noted that Austrian approval for the acceleration of the farm right is sure to damage the principles and the unity of the EU. However, what is sad is these bigoted discourses and hostile attitudes toward Islam and refugees, or what they like to consider the others, have been met with sympathy among segments of Austria's public, demonstrating the far-right party's firm base in the country.

Actually, these trends in Austria are not new. Examples of these dangerous approaches toward Muslims and refugees were recently seen in other European countries during their national elections, not only among racist European politicians, but also by center-right leaders who played big roles in the recent popularity of far-right campaigns.

The support given to Marine Le Pen's National Front (NF) in France, the success of the Alternative for Germany (AfD) in Germany and Geert Wilders's Party for Freedom in the Netherlands, point to a dangerous trend in the political and strategic picture of the 28-member bloc.

Another instance followed the independence referendum held in Catalonia, Spain, confirming the limits of European decision makers regarding the unauthorized demands of others for fundamental human rights. The rise of the far right throughout Europe should be evaluated in light of developments in autonomous regions looking to break away from their states. The violent responses of the central governments toward these demands for independence also are in line with the current phenomenon of the far-right's increased presence. Clearly, nothing remains of the EU's sacred principles, which once included respect for individual rights and fundamental freedoms.

Britain's preparations in the Brexit process and the demands for independence from some autonomous regions are dominating the EU's agenda with the tedious task of combatting the far right's rise and bigotry. If the bloc gives in, member states will have to accept being surrounded by prejudice and make a deal with far-right leaders. However, it would mean the end of the union's goals of solidarity and development.

Lastly, excluding Turkey from the membership process will also contribute to the collapse of the basic principles of the union. Since Turkey might present an antidote for Europe's current situation contaminated by the rise of the far right and hostility for Islam.