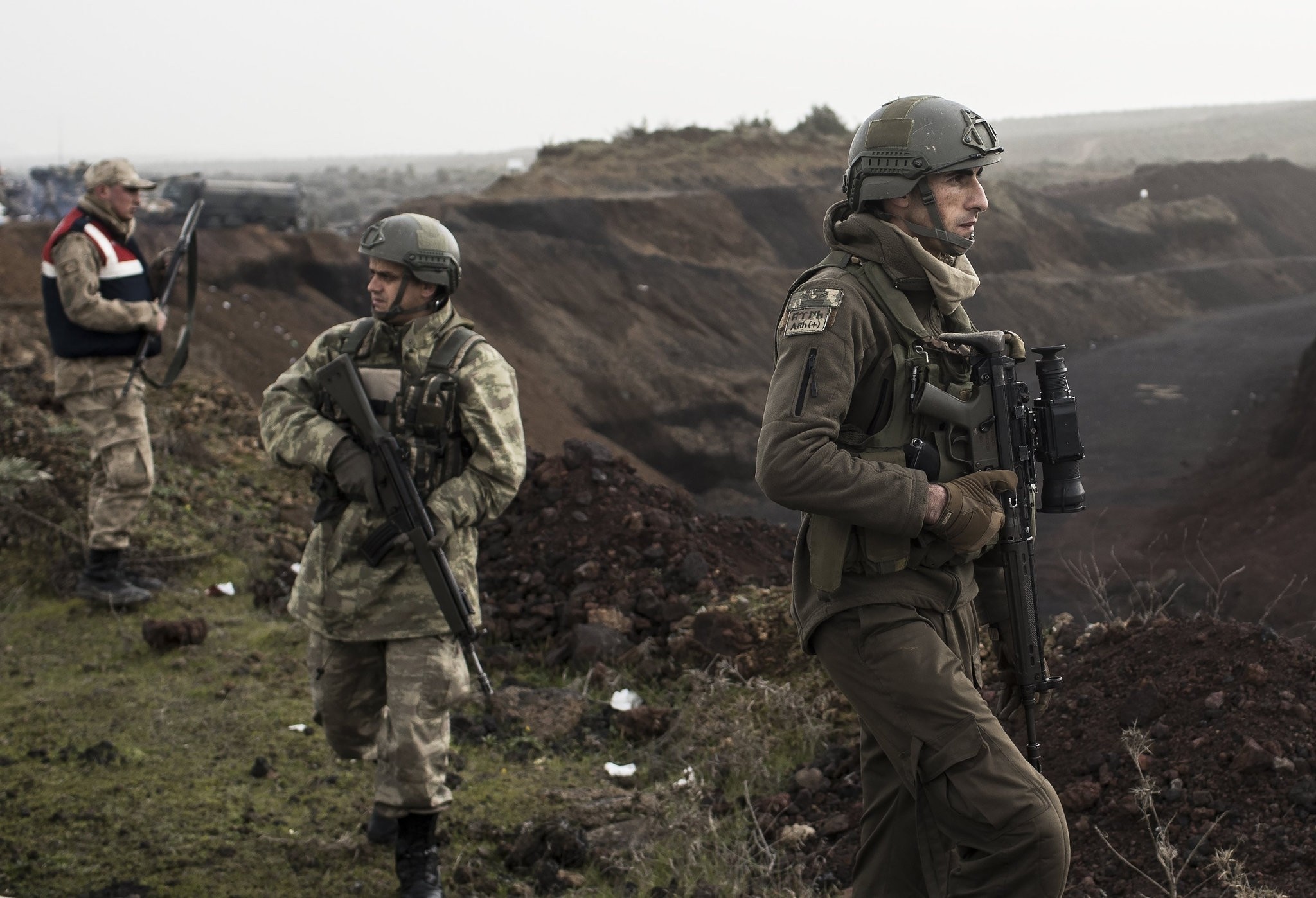 Turkey's sole aim in the Afrin region is to wipe out terrorist elements, not to attack Kurdish or any other Syrian civilians

Turkey's Operation Olive Branch against the PKK's Syrian affiliate Democratic Union Party (PYD) and its armed People's Protection Units (YPG) in the Afrin region in northern Syria near the Turkish border has completed its first month. The operation's target is to eliminate all terrorist elements in the region. Ankara has been doing its best to describe the logic of its steps with the counterterrorism offensive to the international community, sharing facts and evidence with the global media. While informing media, it also organizes diplomatic meetings about the operation, using all its means to prevent manipulations regarding its move on Afrin.

Still, there are some media outlets that call Turkey's legitimate right to self-defense a war on Kurds. From the very beginning of the Afrin operation, a number of arguments have been used in a smear campaign against Ankara's counterterrorism measures. Although Ankara has repeatedly said that its counterterrorism operation will go on until all terrorist threats are eliminated, some media organizations have already started their propaganda.

Their most famous manipulation tool is, of course, civilians and nothing else. They publish news and opinion articles to portray Turkey killing Kurdish civilians in the offensive. The reports from journalists there confirm that the Turkish Armed Forces (TSK) is very attentive not to harm civilians.

With Operation Olive Branch, Turkey aims to provide political gains to Syria, while securing safety for its people. By defeating terrorist groups like the YPG, PYD and Daesh, it wants to pave the way for the start of a solution process for the country.

As a country that has taken in more than 3.5 million refugees – Syrian Kurds, Arabs and Turkmens – Turkey is a leading actor in humanitarian issues. Therefore, it is sad to see manipulation in Western media.

However, there is not a single day that we do not see a news article trying to show Turkey as a cruel actor against Kurds. The sole goal of these media groups is to overshadow Ankara's legitimate steps. What is more, it is not correct as they claim that the PYD and YPG are representative of Kurds, but Kurds are one of the most badly affected communities in YPG-held areas.

One should put media manipulations aside to see the reality and facts on the ground. When they do it, they will see Turkey's aim is to target terrorists, not Kurds or any other Syrian nationals.