To-do list for Pompeo to get on with Ankara 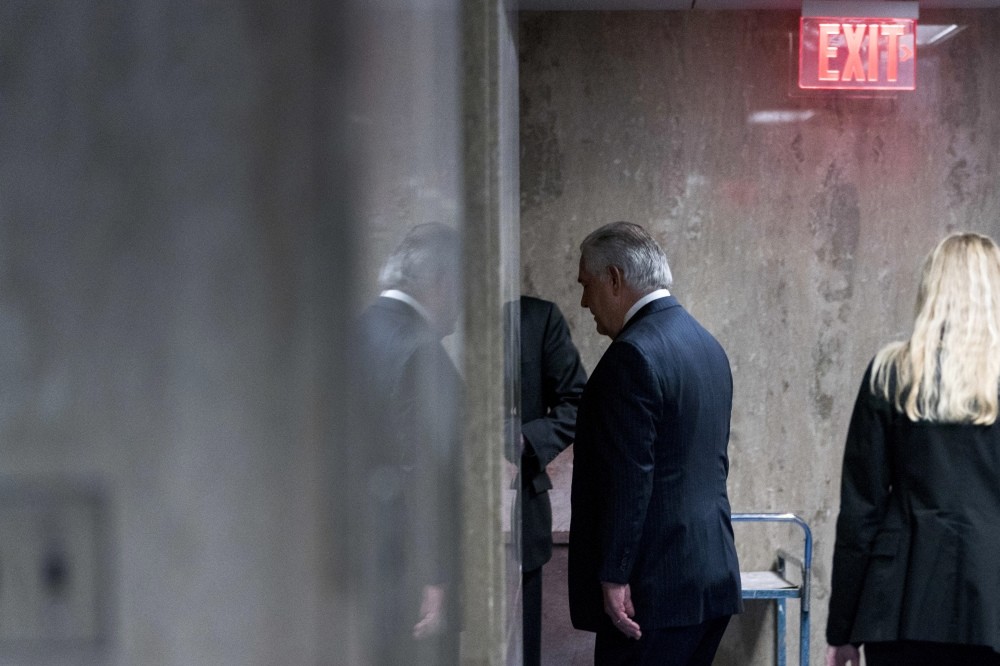 Recenty sacked U.S. Secretary of State Rex Tillerson walks down a hallway after speaking at a news conference at the State Department in Washington, March 13.
by Saadet Oruç Mar 16, 2018 12:00 am

If Pompeo does not repeat the same mistakes the former U.S. secretary of states made, Turkish-U.S. relations can get back on track

Now that Rex Tillerson has been fired as U.S. secretary of state, all eyes have turned to President Donald Trump's nominee for the head of the State Department, Mike Pompeo. Formerly the director of the CIA, Pompeo has made bizarre remarks on Turkey. In a clear warning from Foreign Minister Mevlüt Çavuşoğlu, Pompeo is expected to learn to respect Turkey.

Since Pompeo's earlier statements were full of misinformation and accusations, one should easily foresee more responsible rhetoric from Washington's new secretary of state, as he is nominated for the top diplomatic position of the world's superpower.

Pompeo should also leave aside his predecessor's habits as Turkey still needs a clear answer from the U.S. regarding the failed coup attempt in 2016, as well as other chaotic scenarios, which are believed to have a link to U.S. intelligence, at least by the Turkish public. We all know how the U.S. failed to show a clear stance against the deadly coup attempt in Turkey.

The position of the U.S. vis-a-vis the Gülenist Terror Group (FETÖ), the perpetrator of the 2016 coup attempt, as well as on the Syrian war, are the two leading topics of concern for Ankara regarding its relations with Washington. Moreover, the CIA, which Pompeo formerly headed, does not have a good record in the eyes of the Turkish people regarding these issues.

It is clear that the U.S. policy on the Middle East, particularly regarding Iran and Qatar, will be on a more hardliner track with Pompeo, but Ankara's sensitivities and redlines need to be taken seriously in the U.S.

As a working group was established following Tillerson's three-hour meeting with President Recep Tayyip Erdoğan and Çavuşoğlu, it would be in the interest of Washington to not go back to square one.

Working groups, which were established after the decision was made in Ankara during Tillerson's visit, held meetings in Washington at the beginning of March, and, following tough discussions, found a point for common ground concerning Manbij.

Turkey's Operation Olive Branch continues in accordance with the goals clearly declared at the beginning of the operation, as nothing can force Turkey to stop its determination to secure its borders. Promises given by Washington during the group meetings should be kept.