Washington's isolation gets deeper after its economic attacks 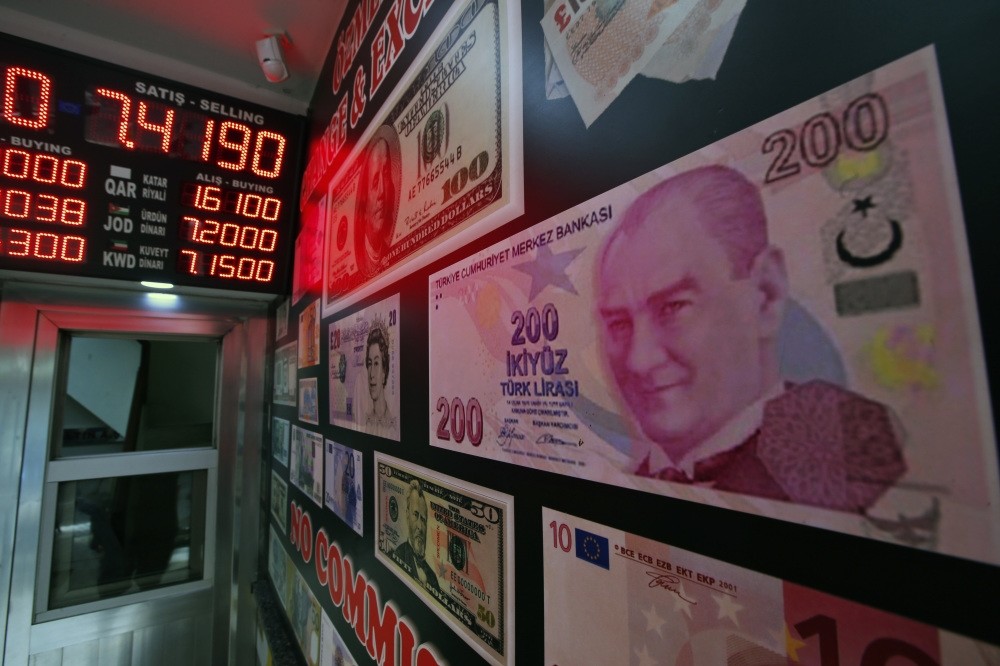 An oversized copy of a 200 Turkish lira banknote decorates a currency exchange shop in Istanbul.
by Saadet Oruç Aug 16, 2018 12:00 am

Washington has never been this isolated from the world community, taking its brutal financial attacks on different countries into account. A new ground for solidarity and partnership against this unlawful pressure on the world economy is being formed between various global powers, which include Germany, Russia, China, perhaps the Gulf states, unquestionably Turkey and maybe Iran.

Following its announcement of sanctions on Iran, the United States tried to impose its policies on Turkey via an economic operation, which affected other states as well. Exchange rates have become a tool for Washington to force Turkey to accept its illegal demands. However, Turkey's firm stance against this unlawfulness, and the position of the Turkish people who stood up against Washington's economic attack on their country, created an environment where a strong international position is about to be taken against this attack.

The United States is seen to be trying to establish "a new generation hegemonic system" in which it could "beat" Russia, China, the EU, Iran and Turkey through attacking their economy and finance institutions with manipulative moves. The sanctions on Iran, disputes over the defenses of the NATO system and the climate agreement and so on have been topics of quarrel between the transatlantic allies of NATO. Germany, France and the United Kingdom together with EU institutions have already taken strong measures against U.S. sanctions on Iran and declared that Brussels and member states will not let Washington put pressure on EU companies.

U.S. President Donald Trump, who looks straight into the eyes of his Russian counterpart Vladimir Putin, turned his back on his European colleagues. Because of this political environment, the EU is now closer to Turkey and Iran than the United States. In other words, the U.S. has become the backbone of the new global order in which all global powers can unite against the United States' irrational and undiplomatic actions. The world financial system, which has been directly affected due to recent U.S. actions, will not let Washington be the "elephant in a china shop."

Meanwhile, Turkey overcame this economic operation thanks to its strong measures and the support of its people. The crisis produced in Washington turned out to be an opportunity for Turkey to establish a new form of solidarity and cooperation not only on a national scale but also on international grounds.