The politics of monetary policy and the interest rate debate 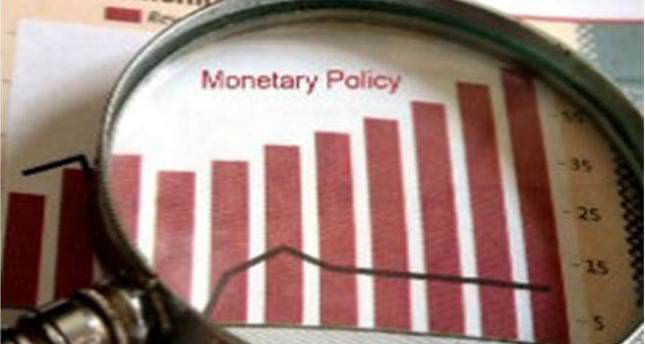 by Sadık Ünay Jun 14, 2014 12:00 am
Following insistent statements of Prime Minister Erdoğan declaring his government's dissatisfaction with the current monetary policy of the Turkish central bank, the attention of public opinion has focused on the impending decision of the latter to cut interest rates. As is known, the central bank's monetary policy committee will hold a crucial meeting on June 24 and probably take a decision to reduce interest rates by - depending on which estimates are used - 0.5 or 1 percent. However, restoring the growth impetus of the Turkish economy would certainly require a more sizeable reduction than that. The series of statements coming from the prime minister, the governor of the central bank and its ministers responsible for economic policy rightly triggered a debate on the conduct of monetary policy and the issue of "central bank independence". The crux of the matter is centered on the insistence of executive authorities to impose faster interest rate reductions, and the cautious attitude of central bank bureaucracy to test the waters and follow domestic and international signals before making a radical decision.

Historically, central banks held important policy responsibilities including the maintenance of financial stability, controlling inflation and fostering economic growth and employment opportunities in developed and developing countries. Yet, with the global ascendancy of neoliberalism there was an attempt to separate politics and economics into two distinct realms; the notion of "independence" was used to justify a narrowed down operational area for central banks directed solely on inflation control. The current legal framework of the Turkish central bank also defines its main responsibility as the maintenance of price stability (or inflation control), and therefore carries an overtly neoliberal tone. The governor of the central bank stands by his mandate when he stresses that they should focus on price stability rather than wider macroeconomic goals. However, in a developing country in need of fast growth figures, this legalistic stance is not sustainable in the long term.

The base rate, which had fallen to historic lows (4.61 percent) on the eve of the Gezi protests last May, was dramatically increased by the central bank in the wake of volatilities after the politically-motivated operations on Dec. 17, 2013. Since then the central bank was criticized for perceiving domestic and international signals too late and delaying interest rate rises, thereby triggering a higher than expected rate hike which hit double figures. However, following the electoral victory of the AK Party in the March 30 local elections, existing concerns surrounding political stability in the medium-term were alleviated. The performance of financial markets and real economy sectors began to improve and export performance and growth figures recovered. The decision of the European Central Bank (ECB) concerning a monetary expansion package of 400 billion euros is also bound to create added liquidity that will facilitate investment flows to Turkey.

Therefore frank statements by the prime minister concerning the withdrawal of the decision to hike interest rates seem to have a solid foundation, in view of domestic and international conjuncture. At a broader level, these calls also indicate Turkey's rising market-friendly development and the need for the institutional transformation of the Turkish central bank towards a more developmental direction. The impact of the global economic crisis has shown that targeting low inflation is necessary but not sufficient as a macroeconomic goal, especially in the context of emerging economies. Countries such as China, India, Bangladesh and Argentina took crucial steps to develop a proactive institutional milieu for their central banks and coordinate monetary policy closely with financial, industrial and developmental policies by using a broad array of macro-prudential tools. Sooner or later, the Turkish central bank would have to follow dominant global trends and its de facto and de jure policy responsibilities will widen to include financial stability, employment creation, stimulation of growth, improving productivity and fostering development. Such a development will prevent the recurrence of current debates on the conduct of monetary policy and place it on a firm socio-political footing.
Last Update: Oct 17, 2014 6:51 pm
RELATED TOPICS