The new cold war in Syria and Turkey's position 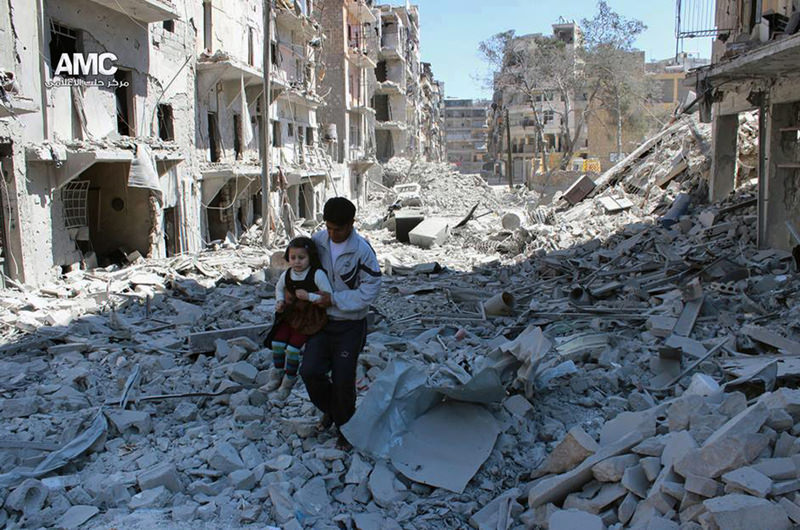 After five years of civil war, a huge influx of foreign fighters, and lots of sophisticated global power meddling, Syria is beginning to crystallize as the stage of the New Cold War between Putin's embattled Russia and Obama's ‘U.S. with a human face' on Turkey's doorsteps

Nearing the completion of his tenure in the White House, Obama's subtle tactics of pressurizing Russia through economic sanctions and a reduced oil price, while conducting low-cost operations across the Middle East on the precept of the Islamic State of Iraq and al-Sham (ISIS) threat, seem to have backfired. Having experienced Western supported velvet revolutions as democratic fait accompli in Georgia and Ukraine and having realized that his economic arsenal is being emptied with full speed, Putin has turned to the global chessboard with his most important asset; sharp and unexpected military operations. Annexation of Crimea on the basis of historical claims of ownership was a useful test case to observe the potential reactions of the Western alliance. Following sufficient breathing space to be sure of American inaction and diplomatic antics at the United Nations, topped with a superficial hint to Obama that Russia may bomb targets in Syria, Putin swiftly focused on his second geostrategic goal of dominating the Syrian War.

Given the historical record of failures by the U.S. in transforming Afghanistan and Iraq following comprehensive military operations and its reluctance to use air strikes in Syria, even after the mass use of chemical weapons by Assad, have given clear signals concerning Obama's regional intentions. Like in Iraq, the pragmatic tactic of protecting geostrategic important spots, oil fields and passageways via the rhetoric of fighting ISIS has led American foreign policy to form conjunction alliances with local forces such as the Kurdish Democratic Union Party (PYD) and not adopting a decisive attitude against Al-Assad at the expense of disappointing long-term national allies such as Turkey. Now Putin is using the same pragmatic rhetoric of "fighting ISIS and listed terrorist organizations," declaring Russia's involvement in the Syrian War with its formidable air power to support the Syrian regime against moderate groups within the Free Syrian Army. In fact, the geographic concentration of recent Russian air strikes in Homs, Hama, Idlib and Cisr and al-Shugur display a trend of weakening moderate opposition forces to create a safe zone between Latakia and Damascus, which could constitute the backbone of a "Boutique Syrian State" to be formed under Russian guardianship.

As known, there is an implicit coalition between the Assad regime and ISIS not to attack each other's forces directly and interrupt the line of barbarism imposed to the Syrian civilians, in addition to serious claims for ongoing oil trade. Reminiscent of numerous dictators in the past, Assad has been trying to make himself acceptable in Western capitals as the second best option against an imminent ISIS threat and there is strong evidence that his supporters are increasing as various global and regional powers instrumentally utilize the aggravated and popularized ISIS threat to legitimize their meddling in Iraq and Syria.

However, the fact is full-scale Russian involvement in Syria with warships, submarines, missiles, helicopters and military bases will change the course of the Syrian War for good. The fact that this involvement occurs under the watchful eyes of indecisive Americans who cannot control the sudden Russian escalation amid rumors that hundreds of Iranian soldiers will join the ground forces create a totally different picture on the ground. This week, high-tech Russian warplanes were bombing targets in Hama and Homs while their American counterparts were bombing targets around Aleppo with no bilateral coordination whatsoever. We will see how long a relatively small geography like Syria could accommodate tit-for-tat tactics of two global powers without a major military issue arising. As for Turkey's position, the playing field in Syria has become much more complicated following the Russian involvement since proposals such as a safe zone in the north has to be negotiated with Moscow as well. Turkish policy makers will walk a tightrope between Obama's indecisiveness and Putin's calculated gambles to avoid structural damage. Davutoglu's proposal for a Turkish-Russian-American trilateral coordination mechanism technically sounded like a good idea, but its Realpolitik seems rather problematic in the wake of a New Cold War in Syria.