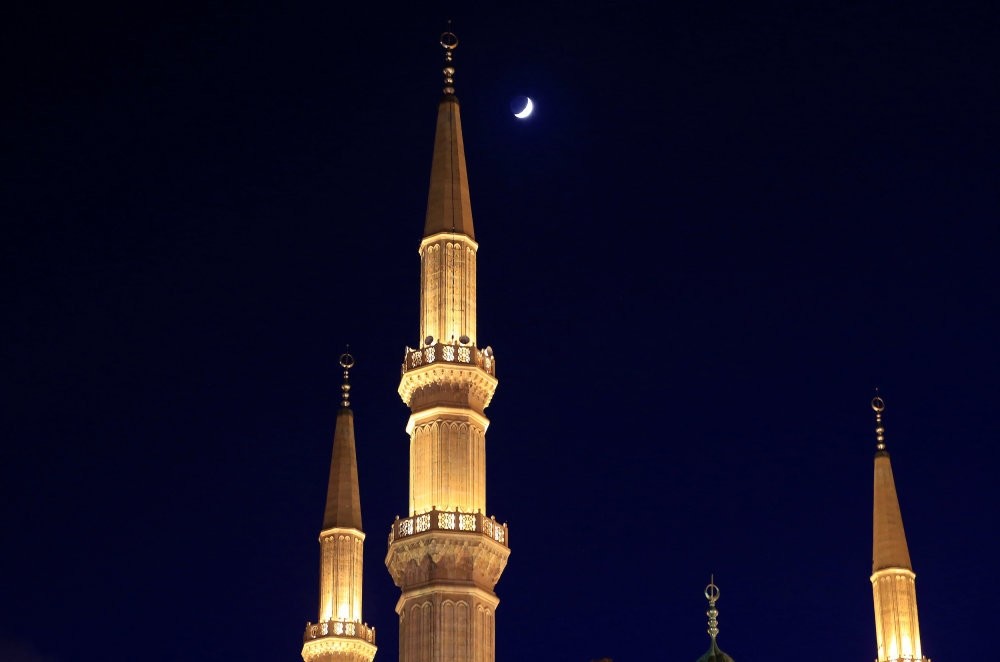 The spirit of Ramadan teaches us to stand firm, keep our cool, persevere in the face of difficulty and multifaceted attacks as a nation in solidarity

Ramadan is designated as the season of peace and compassion in the Muslim world. Fasting emancipates the soul of the Muslim individual from ambitions, tensions and the dualisms of modern life and enables tranquility in the midst of all that is going on in the environment. In social life, it is perceived as a season of empathy with the poor, the needy and the oppressed, assisting the displaced, observing harmony with all living beings and avoiding unnecessary conflicts. In domestic politics, it is supposed to be a time of peaceful coexistence and humanitarian collaboration, rather than vicious struggles and endless rhetorical assaults.

Sadly, Ramadan in 2016 started in Turkey with major humanitarian dramas and rising tensions - a far cry from the fundamental ideals that we just mentioned. The second day of the holy month witnessed a massive car bomb explosion in Vezneciler in the heart of Istanbul near tourist sites around Beyazıt and the Sultanahmet (Blue) Mosque. Perpetrated by the Kurdistan Freedom Hawks (TAK), the urban branch of the terrorist organization PKK, this attack was one of the largest urban attacks aimed at security forces and civilians, along with the previous attack in Kızılay, the heart of capital Ankara, just months ago when 11 people, including six security officers and five innocent civilians passing this central area lost their lives, with 36 injured - some of them rather seriously.

As a professor teaching political economy in Istanbul University's Faculty of Economics in Beyazıt, I happen to be personally familiar with the spot at which the heinous car bomb was placed, as our faculty building stands just 100 meters away. On a normal day, thousands of people, including myself, use the street in Vezneciler to reach the university by car or come via the Vezneciler Metro Station just next to the point where the explosion took place. It was truly shocking to see the carnage and destruction caused in such a central and intensely populated spot in Istanbul by some terrorist organization during the holy month of Ramadan. No doubt such atrocious attacks aim to weaken the solidarity and togetherness of Turkish society and create a widespread sense of helplessness, despair and anger. Above all, they try to undermine the political legitimacy of the state and policy implementation capacity of the incumbent government via a wave of terrorist violence across the country.

The spirit of Ramadan teaches us to stand firm, keep our cool, persevere in the face of difficulty and multifaceted attacks as a nation in solidarity and leave narrow political debates aside. It should also teach some political actors in the opposition not to try and take advantage of civilian calamities for short-sighted political gains or pursue a proxy-terrorist line of argument seen in the case of the Peoples' Democratic Party (HDP), a movement far from the stated meaning of its title. To ensure political and economic stability, as well as human security in rural and metropolitan areas, Turkey possesses the sovereign right to maintain its fight against terrorism. These days, the demands coming from the European Union regarding a relative relaxation of anti-terror laws in return for the refugee repatriation agreement seem increasingly unrealistic and absurd.

This Ramadan, we also lost an iconic figure in the form of Muhammad Ali who became a symbol of resistance against injustice, imperialism and racial and faith-based discrimination across the globe. Both for the African-American community in the U.S. and the Muslim world in general, Ali was a phenomenal figure who was a powerful representation of a set of political and ideational principles, such as global justice, equality, non-discrimination and human liberties. For the Muslim world, he was a global hero who restored the honor and self-esteem of Muslim nations traumatized by the crises of decolonization. Just like Malcolm X, Alija İzzetbegoviç and Necmettin Erbakan, he had the vision of a socially and spiritually united ummah, and he skillfully utilized his talents to promote this vision. It was equally fitting to see that President Recep Tayyip Erdoğan was among the dignitaries at Ali's funeral not only as a statesman but as a representative of the generations that were socialized and honored by Ali's successes in the ring. As the Muslim world lacks powerful civil role models such as Ali and İzzetbegoviç in recent decades, they will be missed dearly. I wish everyone Ramadan kareem.
RELATED TOPICS