Fine Dana White and the UFC, after all 'It’s Only Business.' 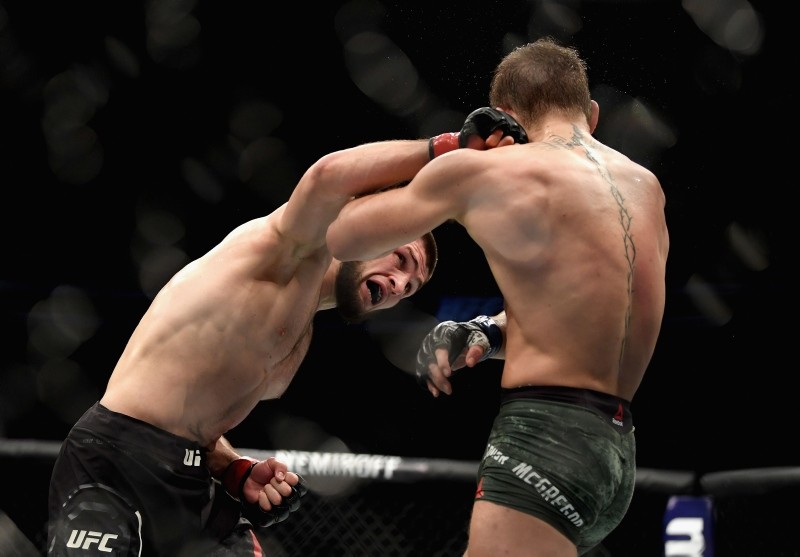 At the end of the third round of the Conor McGregor-Khabib Nurmagomedov UFC fight Sunday, McGregor turns to Nurmagomedov and says "It's only business." Khabib replies to Conor, "I guess so." This exchange is such an incredible window onto the minds of the fighters and makes such a great metaphor for the current atmosphere in the world of finance and business that I can't help but take a closer look at this event this week.

Let me begin by saying I don't like the UFC. I think it's barbaric and I think that, like many sports, it's just one of many ways in which the rich use the poor for their own amusement. While many of the sports stars who "make it" as professionals may be multimillionaires, for every "star" we see on TV, there are hundreds of thousands of the underprivileged who have been convinced to waste their youth trying to be those stars -- a youth who could have been better utilized learning a trade, getting an education, starting a business.

While many sports attract amateurs looking for success in professional leagues, it's important to make a distinction among them. Sports such as boxing, UFC fighting and NFL football often exact a grueling toll on the physical and mental health of those that "play" them, unlike non-contact sports. The very few who earn enough during their tenure as professionals to never have to worry about employment in the future are a small minority. The vast majority are left penniless in the years following their "retirement" with very few employment prospects for the future, and are riddled with physical and mental scars of their brief stints in the sports often with no resources for treatment.

Conor McGregor, despite having lost the Nurmagomedov fight, was paid a $3 million purse plus added bonuses that will translate into a $50 million payday. Although a step down for McGregor, whose last bout was a boxing match against Floyd Mayweather (which he lost while simultaneously pocketing $100 million), this fight was a great investment for both fighters. In the run-up to the fight, McGregor was marketed heavily by the UFC antagonizing Nurmagomedov. McGregor attacked Nurmagomedov's team bus and was convicted and sentenced in court for his actions. Footage of the attack was of course heavily pushed by the UFC. McGregor used Islamophobic slurs to attack both Nurmagomedov and his coach, stoked anti-Russian sentiment at every turn, and played for the cameras whenever he had a chance. Obviously, both fighters had a vested interest in controversy and free publicity for their bout, with McGregor doing most of the heavy lifting.

For his part, Nurmagomedov will be paid a purse of $2 million dollars plus another $20-30 million in added bonuses. Despite winning, his earnings will be nearly half of McGregor's because, as McGregor said, "it's only business." The Irishman did an excellent job at promoting the fight and the UFC gave him carte blanche to do whatever it took to drum up interest. Following the fight, UFC President Dana White, who sold his ownership in the company for $400 million in 2016, made an interesting prediction. White said he was certain the Nevada State Athletic Commission (NSAC) would fine Nurmagomedov for jumping out of the "octagon" at the end of the match and "attacking" McGregor's partner, Dillon Danis. The Dagestani's purse was withheld by the commission while it investigates the post-fight fight. What about White and his role in promoting the pre-fight violence? What about the UFC and its role in riling the crowd, in setting up the tinderbox and lighting the match? Why are those who profited most from the violence both before, during, and after the fight, namely the UFC and White, able to get off scot-free?

Like the SEC's recent slap on the wrist to Elon Musk for securities violations or any other fine for white-collar crime, the NSAC's fine will also be a token fine, presumably for both fighters. What is, however, certain is that interest in the "sport" and in the undoubted rematch that is being inked now will be unprecedented. This means paydays for both fighters on record-breaking scales. In the meantime, millions of youth will emulate their actions and look up to the UFC and the thuggery it embraced and shamelessly promoted. Why won't the NSAC fine those ultimately responsible? The answer is because as McGregor said it`s only business. The NSAC and the state of Nevada are obviously in bed with the UFC. They need them to continue to schedule fights in Nevada and wouldn't dream of antagonizing the entertainment behemoth. The show must go on, right? The NSAC will, however, fine Nurmagomedov and even suspend him because they can and need to punish someone.

If the NSAC actually cared about preventing future instances of violence outside of the "octagon," perhaps it could start by fining White and the UFC for their cultivation of a dangerous culture around the sport, but obviously they won't because they don`t care. In business as in sports, those who make the gold make the rules and this latest example of corruption in sports comes as no surprise.