Assad, Syria and the United States 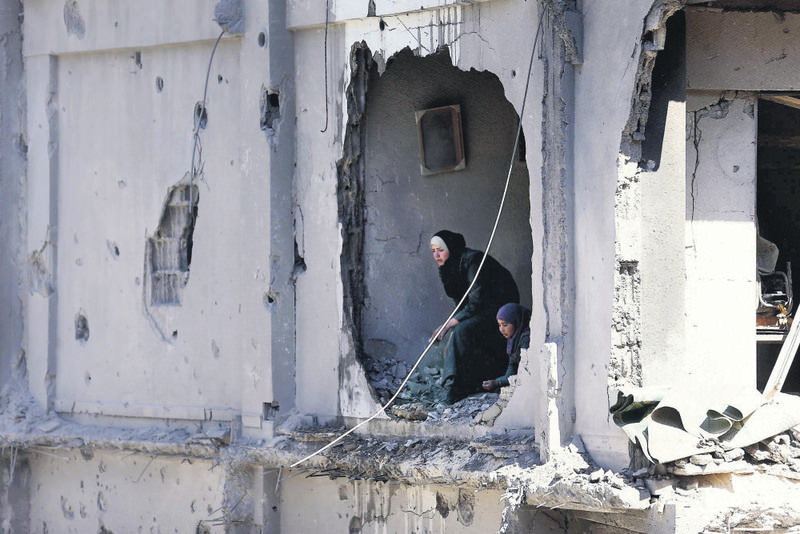 Washington's current policies do not correspond to the situation on the ground. The use of mere words, as in the case of Assad's chemical attack in Ghouta, created additional contradictions

Four years have passed since the beginning of the Syrian uprising, which proved quite costly. As a matter of fact, the situation in Syria turned into the leading challenge in the Middle East. It is possible to claim that Turkey alone has successfully passed the ethical, political and geopolitical tests associated with the Syrian uprising. This is, for the record, an admission of a rather sad truth as opposed to a flashy claim. The sole fact that more than a few observers would concentrate on Turkey instead of contemplating the tragic situation on the ground would attest to the severity of moral bankruptcy. Bashar Assad, no doubt, represents the most out-of-place figure in discussions about Syria. Surely enough, the man hardly amounts to more than the figurehead of the Ba'ath regime that exited the mortal stage with the bloodshed of March 2011 and beyond.

The fact that his regime remains capable of survival and bloodshed does not make Assad anything but an extra within the broader proxy war sponsored by regional and global actors.

Nor does the opposition's failure of secure military victory and the wars continuation attach any more importance to al-Assad. After all the destruction and bloodshed, there really is no point in factoring him into future assessments. Quite the contrary, talking about the Syrian regime merely serves to conceal the indirect and direct assistance to the massacring of several hundred thousand people.To be sure, efforts to engage Assad date back to the early days of the revolts, when such initiatives admittedly receive a warm response from a greater number of stakeholders. It was oddly enough, Assad himself who rendered the efforts inconclusive by turning down Turkey's efforts, the Annan plan, the Brahimi initiative and the instatement of the Arab League as facilitators. As such, it means little for various U.S. figures to heat up unsuccessful plans and serve these ideas to the world at this point.

There is no point in denying the fact that Washington's second thoughts on Syria have been a leading reason why the situation worsened in the first place. As such, what Secretary Kerry and CIA Director Brennan had to say in recent press interviews amount to ordinary backs and forths of this approach as opposed to complete makeovers. Let us not forget that four Defense Secretaries served under President Obama while the U.S. had 21 people in this office since World War II. The fact that so many replacements were necessary at a time of withdrawal from Iraq and Afghanistan alone deserves some contemplation.

To be more clear, Washington's current policies do not correspond to the situation on the ground. The use of mere words, as in the case of Assad's chemical attack in Ghouta, created additional contradictions. As such, we must not be surprised to see that hardly anyone takes Obama's renewed interior in working with Damascus. The situation is more complex today than when proxy wars had just begun. Meanwhile, insisting on concentrating on ISIS independently of the Syrian crisis and misguided policies in Iraq. Direct and indirect stakeholders, however, will fail to go beyond geopolitical blindness unless they develop a broader perspective on the Middle East - or at least on Syria and Iraq.

The only way to stop the Syrian crisis before the situation escalates to new heights akin to Bosnia in the 1990s remains to develop a regional perspective on peace. Given the current state of affairs they deserve no spot in that perspective greater than Assad himself.
Last Update: Mar 20, 2015 1:46 am
RELATED TOPICS