The state of the reconciliation process 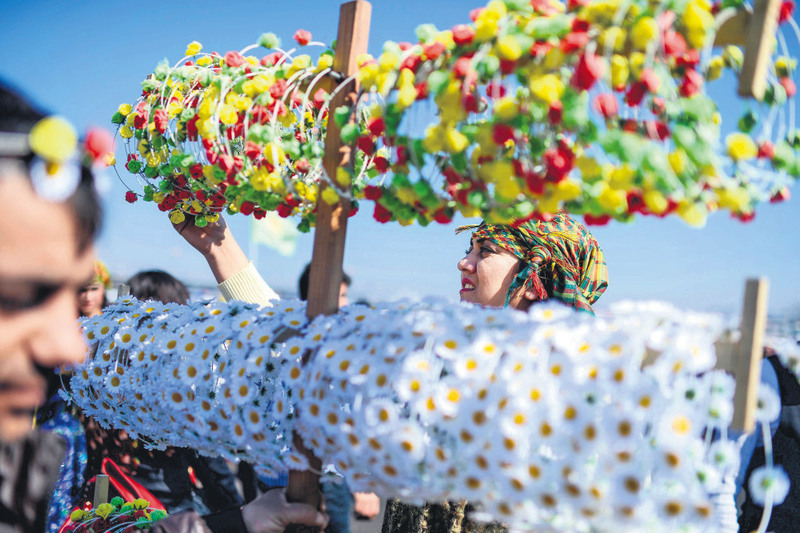 The Kurdish reconciliation process, which has followed a largely predictable path since late 2012, has entered a new stage. When the Turkish government launched the project despite the PKK's bloody campaign in 2011-2012 and sound recordings of the Oslo talks being leaked, hardly anyone would have believed that the prospect of peace could come out of the situation at hand. As a matter of fact, the nation was surprised to hear then-Prime Minister Recep Tayyip Erdoğan announce that the talks would continue. Amid intense public debate, a series of events led up to the historic Nevruz celebrations in March 2013.

The fact that the parties have not built on their commitment to peace and the 2013 framework does not stem from any shortcomings merely reflects the shortage of possible additions. After all, the 2-year-old agreement covered the entire range of fundamental and inevitable issues related to reconciliation in the broadest sense. The three-step road map, whose completion would mean that 90 percent of the question was already resolved, entailed the following developments: PKK militants would withdraw from Turkey, confidence-building measures would trigger a period of normalization and certain negotiations would lead to disarmament. As such, reaching the third stage would mean that the effort was on the verge of success. The 2013 agreement, much like the 2009 Kurdish opening, became the target of speculations about the PKK's commitment to an endless war. In the PKK-centric world, all such steps were heralded as sophisticated tactics and strategic victories.

By Nevruz 2015, we have reached a vaguely different point. Yet if one must identify the changes, several things come to mind: A certainly positive development has been the Turkish Parliament's adoption of the legal framework for the reconciliation process - which the PKK/HDP crowd deemed a matter of life and death. That the talks have assumed a more routine nature represents another achievement.

Meanwhile, PKK violence, which reached its zenith in October 2014, puts serious strains on the reconciliation process. The killing of several dozen civilians and the fact that the PKK's Islamophobia was hailed by the liberal left raised concerns in the region. The developments not only revived the public debate of the 1990s but also cast a shadow of doubt over the Kobani issue.

A key development between the 2013 agreement and the present has been the Syrian crisis. The fact that the PKK shook hands with the Ba'ath regime, as Bashar Assad himself publicly stated, had a negative effect on the Kurdish reconciliation process. During this period, the organization started to behave like ISIS in seeking to "liberate" small pieces of land while embracing the quintessential proxy war mentality. Unable to find a way out of the crisis, they came up with the convenient excuse that disarmament could not happen due to the situation in Syria. The idea has been to utilize the reconciliation process to accumulate power inside Syria while abusing the civil war to keep the reconciliation process in place. Despite all the pain, irrational statements and contradictory tactics, the country reached Nevruz 2015 unharmed. The government's maturity triumphed over the PKK's efforts to make waves and Turkey kept its eyes on the prize.

At this point, all parties stand to gain from the Kurdish reconciliation as long as Nevruz 2015 will represent an opportunity to build on existing achievements. The new Turkey agenda, after all, not only reflects an effort to move past the guardianship regime's political maxims but also requires the authorities to act on the basis of maturity. As such, Nevruz 2015 can be turned into a genuine opportunity for those who have isolated themselves into the mountains for three decades and their sympathizers.
Last Update: Mar 27, 2015 2:28 am
RELATED TOPICS