The 2002 revolution and the AK Party 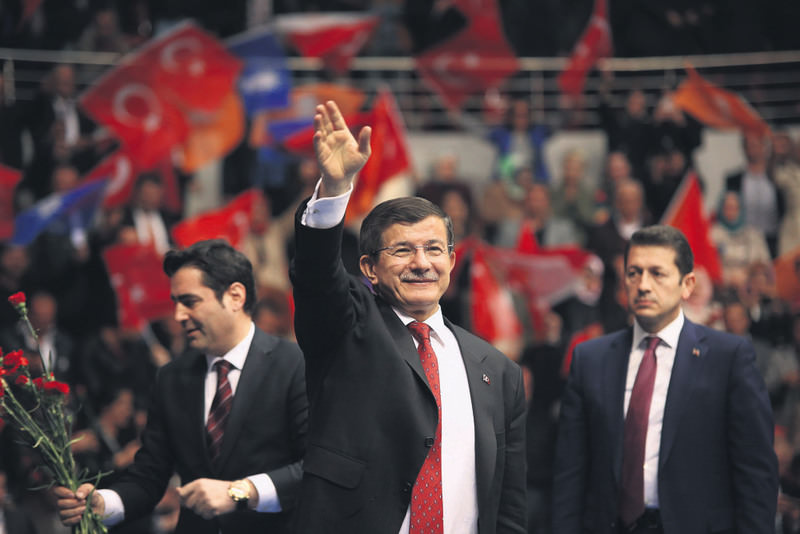 Turkey has made huge progress in numerous ways since 2002. The AK Party has also evolved in line with this progress and transformed itself into a party that is competent enough to satisfy Turkey's needs

Any analysis tracing the Justice and Development Party (AK Party) back to its formal establishment in August 2001 fails to account for the close connection between the movement and the 2002 revolution in Turkey. If anything, August 2001 represented one of multiple turning points leading up to the revolution itself. If this is not taken into account, it is impossible to explain why the party became the country's most popular movement just one year after its establishment. Similarly, one cannot grasp what the AK Party represents without careful consideration of the social, economic and political transformation preceding the 2002 revolution. A comprehensive analysis, in turn, reveals the strength and size of the party's load-bearing columns.

One of the core components of the 2002 revolution was the historical imagination of the 20th century. Having established a new state to replace the Ottoman Empire in the early years of the century, the people of Turkey maintained their connection to the political legacy of their ancestors. As a matter of fact, the 2002 revolution took place precisely because the people were able to translate this legacy into political action. Between 1997 and 2002, the people identified the AK Party as a genuine channel of representation. As such, the 2002 revolution represented an opportunity to turn the modest slogan of the 1950s into a proactive and constructive agenda.

Another reason behind the people's identification of the 2002 revolution as an opportunity was the postmodern coup of Feb. 28, 1997, which embodied a concentrated mix of previous military intervention and the single party era. The event represented a re-enactment of the past century for the masses who in turn moved to sync the social and the political worlds. In other words, a number of ruptures that took place in the 20th century paved the way for the 2002 revolution. The people's collective conscience initiated an organic movement against the guardianship regime, which had reached a zenith of bankruptcy during the Feb. 28 process.

Similarly, the primitive and rigid alienation that entailed the postmodern coup led to popular reactions with an emphasis on local values and, in turn, was met with threats against their ideas about regionality. This notion, which ordinary citizens shared, was put into action due to the trauma of being treated like outsiders in their own country. These emotions were so strong that their strength matched the rigidity of what had been imposed on the people. The situation, no doubt, had traumatized the masses beyond the Kemalist elite's wildest imaginations.

The guardianship regime remained uninterested in the influence of its actions on society and its memory. The 2002 revolution, which resembled a tsunami hitting the country's political shores, released all the energy that had built up due to previous interventions and thereby led to the unfolding of the past decade's events. Despite all injustices, the AK Party refused to let protests and reactionary politics, a common trait of leftist movements, hijack its platform. During this process, the party leadership acted wisely to channel existing political and social tensions into the development of a positive and constructive agenda, which was exactly why the masses regarded the 2002 revolution as a source of hope and inspiration.

Most assessments of the AK Party years, however, remain incomplete due to the willingness of their authors to simply ignore the 2002 revolution. This tendency, in turn, creates a superstitious framework regarding the country's near and distant future, which entails an inability on their part to show due talent and common sense in analyzing actual developments. The problem with such assessments is that they fail to account for the strong undercurrents of political change, social transformation and economic and political mobility that gave rise to the AK Party and the 2002 revolution. In truth, however, the 2002 revolution exceeds the party's own limits and refers to a grand transformation of the nation.
RELATED TOPICS