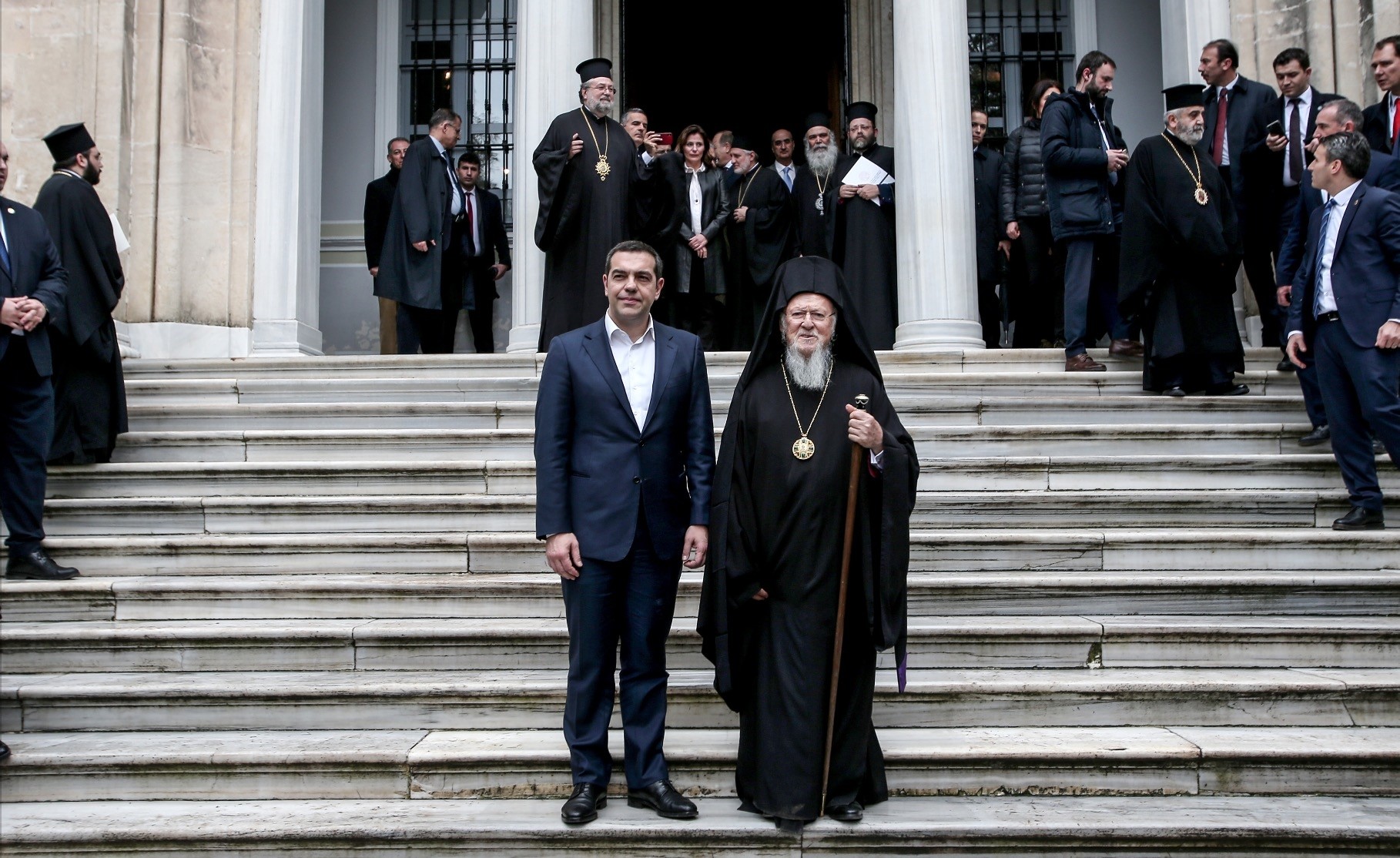 At a time when Turkey and Greece have had significant disagreements, Tsipras' meeting with Erdoğan can be considered a confidence-building step

Greek Prime Minister Alexis Tsipras made a two-day official visit to Turkey. In terms of its content, the visit did not have any significant agenda items. The two leaders did not sign any noteworthy agreement or reach a consensus on any controversial issues that have generated tensions between the two neighbors. Tsipras' visit can be considered a confidence-building step at a time when the two countries have had significant disagreements, hence it was important for the Greek prime minister to take a chance and keep dialogue channels open with President Recep Tayyip Erdoğan.

Tsipras' Halki seminary visit is probably the most significant highlight of current diplomatic contacts in the history of relations between the two countries. It was crucial for the improvement of confidence between the leaders of the two countries at a critical juncture. This confidence may be key in future engagements by the two countries on more controversial issues including the military tensions in the Aegean Sea; controversy over the zones of natural gas exploration in the Eastern Mediterranean; tensions related to the failure of the Cyprus peace negotiations in July 2017 and the Greek courts' decision to grant asylum to eight Turkish officials who had essential roles in the failed coup attempt on July 15, 2016.

Current tensions between Turkey and Greece

One of the emphases of President Erdoğan's speech during the press conference was the statement on Turkey's expectations from Greek authorities on not making Greece a safe haven for the Gülenist Terror Group (FETÖ), the PKK, or the Revolutionary People's Liberation Party-Front (DHKP-C) terrorists.

Tsipras responded to Erdoğan about the terrorists that have sought asylum in Greece by holding the Greek courts responsible for such decisions. The most significant outcome of the meeting was the statement that emphasized that Turkey and Greece agreed to decrease tensions in the Aegean Sea and to take confidence-building steps. The two leaders reached a consensus that the best way to deal with the problems between the two countries is to improve diplomatic contacts. However, there are considerable impediments in the improvement of the relations between the two countries.

Rising tensions in the Eastern Mediterranean due to the competition over the exploration and extraction of hydrocarbon resources is a sensitive issue. Turkey's exclusive economic zones overlap with the exclusive economic zones declared by the Greek Cypriots. Turkey argues that the hydrocarbon resources around Cyprus belongs to both communities on the island and cannot be explored without the consent of Turkish Cypriots. The Turkish navy warned ExxonMobil and other energy companies for offshore drilling around Cyprus.

Tsipras' Ankara visit happened at a critical moment where the course of bilateral relations between the two countries may either generate new tensions or produce new economic opportunities, not only for the two countries, but also other actors in the region. Improving economic collaboration between the two neighbors may help to ease the current financial difficulties of both countries.