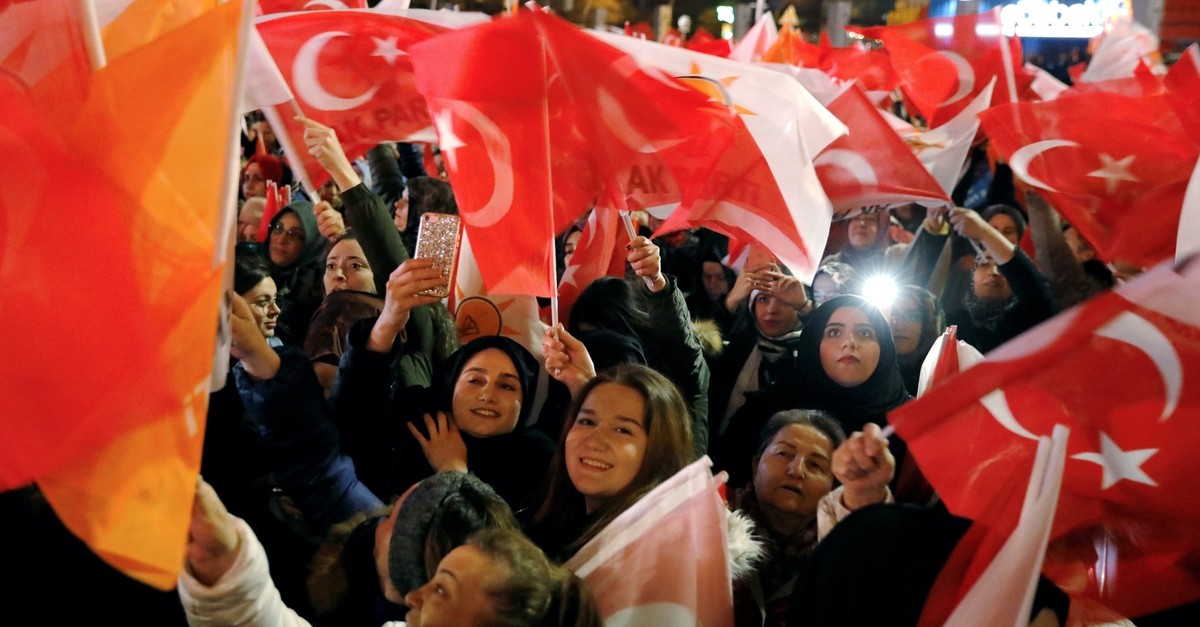 Turkey experienced another important election on March 31. Municipal elections were a significant achievement for Turkish democracy. There was a high participation rate at the polls, with 84 percent. Both the People's Alliance and the Nation Alliance made significant gains in the municipal elections. The People's Alliance, the alliance between President Recep Tayyip Erdoğan's Justice and Development Party (AK Party) and the Nationalist Movement Party (MHP), gained the majority of votes and maintained their strong voter base all over Turkey. While the AK Party and MHP bases continued to support the People's Alliance, the Nation Alliance gained municipalities in some important cities, including Ankara, Antalya, İzmir and Adana. Istanbul's situation will be determined after the vote recount in some districts.

Erdoğan took the municipal election seriously and considered the elections essential for the survival of the country. His strong messages consolidated the People's Alliance and tightened the opposition block of the Republican People's Party (CHP), the Good Party (İP) and the Peoples' Democratic Party (HDP). Erdoğan's election campaign, coming at a time of economic downturn, served the interests of both coalitions.

The opposition alliance went to the elections with more moderate candidates who do not reflect the mainstream CHP candidate profile. The

candidate profiles of different parties and alliances continue to get closer to each other. To what extent the opposition alliance will maintain their coherence after the elections is a big question because both the İP and the HDP faced significant losses in the municipal elections. The CHP is the main beneficiary of the alliance of the three parties.

The loss of municipalities of important metropolitan cities to the Nation Alliance disappointed AK Party supporters, and this change generated excitement among CHP supporters, who have felt politically marginalized in the last decade due to the AK Party's electoral hegemony in Turkish politics. Rather than completely criticizing the political system with a democratic deficit and stereotypically accusing Erdoğan of authoritarianism, the opposition bloc decided to come up with a better strategy in the municipal elections.

The opposition nominated more mainstream candidates that would appeal to the AK Party base and conducted a low-profile campaign. This strategy worked better for the opposition bloc compared to earlier ideologically driven polarizing campaigns. This is a positive shift in the learning curve of the opposition, but whether they will be able to maintain this strategy and act according to their pre-election promises is an important question.

A path toward recovery is needed

Turkey is now facing 4.5 years without national elections, which could lead to positive developments by allowing President Erdoğan to deal with structural issues in the economy and bureaucracy. It seems that there will be some major revisions within the AK Party, and there may be some changes in government ministries as well. Another important issue is the election fatigue of the Turkish electorate. Turkish society has been further polarized due to the frequent elections over the last five years. The next four years may turn into an opportunity for strengthening the ties and the sense of collective interests in Turkish society as a whole. The Gezi protests, the unsuccessful coup attempt of July 15, 2016, the failure of the reconciliation process in 2013-2015 and the spillover related to the Syrian civil war have polarized both Turkish society and Turkish politics. Some bureaucratic institutions and the economy were weakened due to all these crises.

The results of the municipal elections and the long period without elections will give both Erdoğan and the opposition opportunities to make reforms. Turkish politics may move toward a more predictable path if the temperament of permanent crisis management ends and all the political actors behave more responsibly. The ways in which the leaders of the opposition bloc will interpret the results of the municipal elections will be crucial for how they form their political preferences in the coming months. If the CHP elite considers their achievements in the municipal elections part of the opposition bloc as the weakness of Erdoğan and the People's Alliance they are mistaken, because the conditions were in their favor before the election. The crucial task for Erdoğan is to switch to a more inclusive political discourse. Those discourses and inclusive policies are familiar to him and to his party. All he needs to do is overcome some of the trauma that he and his party experienced in the last several years. The opposition bloc also has important duties to act more responsibly for the normalization of Turkey's political environment.