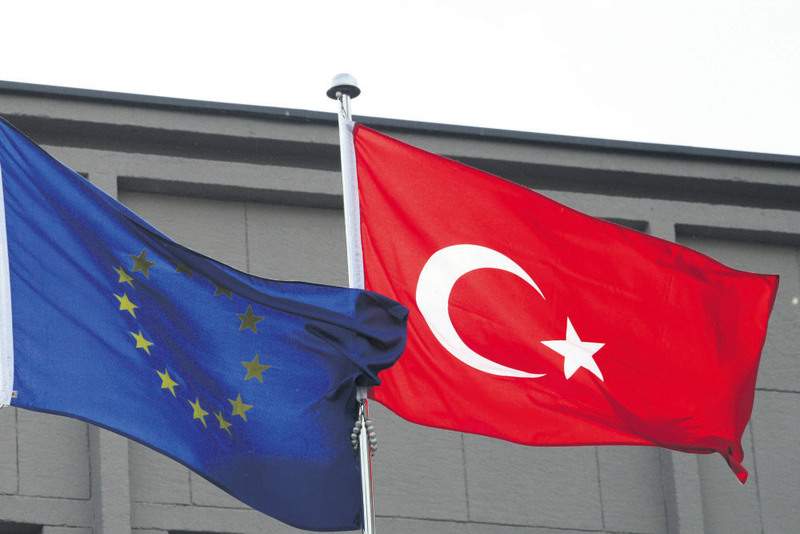 by Tulu Gümüştekin Mar 14, 2015 12:00 am
I had the pleasure of writing a column on the occasion of the 20th anniversary of the Customs Union between Turkey and the EU. It is definitely a historic step taken by both sides to increase their interdependency and to enlarge the single market towards a region in need of economic and political stability. Turkey's "soft power" in the region stems mainly from its potential for growth and its functioning democratic regime. But no one should minimize the formidable strength Turkey gets from its deep integration with the EU and with all the other significant international institutions. Being a founding member of the Council of Europe, a member of NATO since 1953 and a member and acting president of the G-20 definitely enhances Turkey's soft power.

This is perhaps not very evident to many: Turkey has been declared the country with the highest number of refugees in the world. This is a title Turks would rather not have, but it is a fact that nearly 2 million refugees from Syria and northern Iraq, fleeing a terrible slaughter, have found refuge and security in Turkey. Normally, the UN has scrutinized the refugee camp, as much as the UN can control and support these camps. Most of the time, these camps offer only very basic conditions for shelter and food. Turkey has centralized refugee camp management through state authority and created the highest ever living standards for refugee camps. This new approach has been largely acknowledged by international charitable institutions, representatives and UN officials. Since 2011, the Turkish government has spent $5.5 billion on the refugee population, without really receiving any sizeable foreign financial support. President Erdoğan has repeatedly declared that Turkey will continue to support the refugees as long as it takes.

Each time an EU representative visits Turkey, we only hear praise about the Turkish attitude on this issue. On the other hand, visa-free travel, which has been obtained in exchange for accepting back irregular, third-country nationals if there is evidence that they reached the EU via Turkey, remains undeveloped. Greece has been protesting against the fact that Turkey accepts only a small number of refugees living on its soil. The European Stability Initiative sees the issue as follows in its news bulletin: "This obstruction (Turkey accepting fewer refugees than Greece would like) of a binding agreement is all the more striking as Turkey hosts at least 1.6 million refugees from Syria; accepting a few thousand refugees from Greece would hardly register."

Translated in simpler terms, this is asking Turkey to become a dump for refugees for the whole region. Greece, on the other hand, through its minister of foreign affair's declaration, threatened Germany with depositing refugees on its territory by giving them the necessary papers to travel to Berlin. Just for the sake of information, Germany hosts the greatest number of refugees and migrants in the EU.

Now, visa-free travel will very likely be used like a Damocles' sword hanging over Turkey's head to probably keep Greece quiet in the EU. To do so, shortcomings in democratic functioning will be identified and pinpointed. This will be called a "humanitarian approach." It is really pitiful to see the EU taking recourse to such lowly maneuvers to delay the dismantling of visa requirements for Turkey as much as possible.
Last Update: Mar 14, 2015 2:18 am
RELATED TOPICS