What can Clinton do for the Middle East? 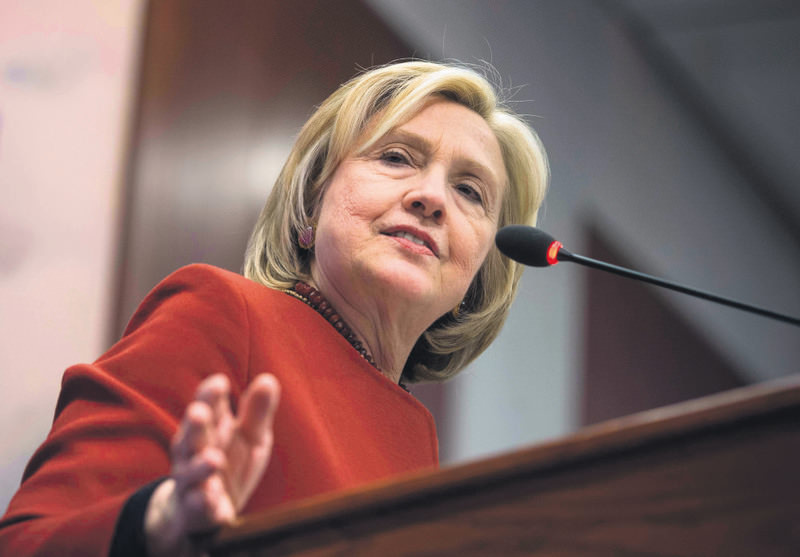 Hillary Clinton is an important figure in U.S. politics. She is particularly known for her criticisms on the U.S.'s hesitations in Syria

Already she has created a distance from the Obama administration's foreign policy, especially regarding the Middle East and Syria. She has been extremely critical of the U.S.'s hesitations regarding the uprising in Syria, where tens of thousands people wanted democracy. The central government gave them the only answer they know, using oppression, killing and, military measures. After four years of terrible civil war, half of the Syrian population have become refugees, the country is totally devastated, nobody controls the Iraqi border, and the dead are countless. Clinton has declared openly that not having supported and equipped a united anti-Assad force at the correct moment has rendered the Syrian problem very difficult to solve. Just after this declaration, Saudi Arabia and Turkey, at the level of high ranking officials, met in Qatar where a tripartite meeting will try to imagine how the Syrian people can prepare for a future without Assad and his militia.

Iran, mostly thanks to the U.S.'s reticence for getting involved, has established a large web of military advisers and fighters, and supports a variety of armed insurgent forces from Syria to Iraq, from Lebanon to Yemen. Iranian demands for normalization will certainly be discussed in the coming weeks, after the accord reached in Lausanne for nuclear research. There is no doubt that Iran will effectively use its new noisome influence in the region to better negotiate its return to the international community. Iran is not alone in trying to destabilize a region that is already in total turmoil. Russia also plays an important role by supporting Assad with arms and ammunitions, and their right to veto in the U.N. Security Council is a formidable asset in the hands of Putin.

At a time when France and Turkey were ready to support an American air intervention, after the use of chemical weapons by Assad, the situation was ripe for demoting Assad's derelict power and establishing a sound opposition front that would conserve Syria's territorial integrity. Now with the Islamic State of Iraq and al-Sham (ISIS) strongly established in many Syrian and Iraqi regions, a solution is much harder to formulate. By sending Assad and the Syrian opposition to negotiations in Geneva, the Obama administration has given Assad the legitimacy it had lost and a new hope.

There are too many factors and too many alien powers in the Middle East at this time. There has always been many external powers trying to meddle in the affairs of Middle Eastern countries, but in the past there were at least visible central governments and authorities, who could to some degree neutralize foreign interventions. This does not exist anymore. Syria is not a functioning state anymore, neither are parts of Iraq, and there is no authority in Yemen, while Libya has been drastically separated into two conflicting entities.

Tentative interventions by regional countries could prove to be extremely effective in the absence of any real superpower willing to invest in solving the problems and halting the bloodshed. This is why President Recep Tayyip Erdoğan has been so insistent in asking Iran to stop intervening in regional conflicts and stirring up war. The more the situation evolves, the more it proves President Erdoğan's assessment is correct.
RELATED TOPICS