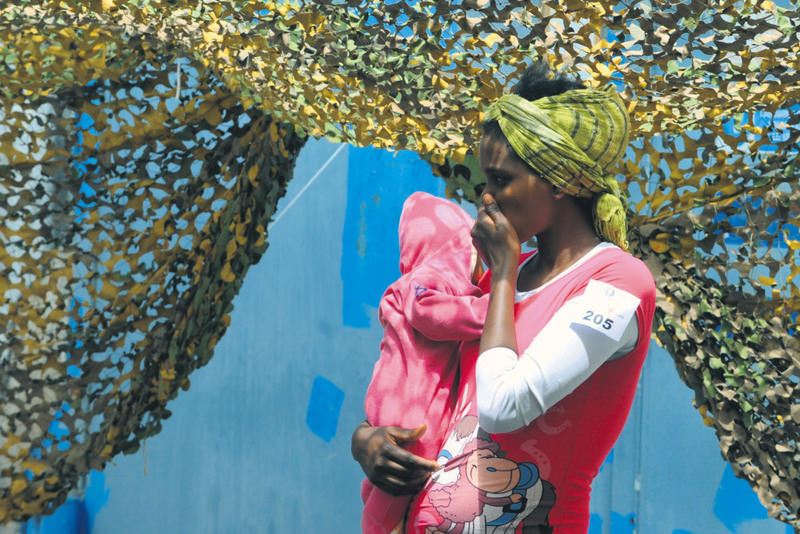 There is an increasing trend of illegal migration to Europe from different parts of the world, especially from North Africa and the Middle East. Two main roads are used by illegal migrants, the Mediterranean Sea to Italy - mostly the island of Lampedusa, which is very close to Tunisian coast - and the Aegean Sea or Turkey's European territories in Thrace. Turkey acts as a buffer zone for all the migratory movements from Afghanistan and Syria. There are presently around two million refugees in Turkey, mainly from Syria and Iraq, whose subsistence and security is taken care of by Turkish authorities exclusively. But despite having absorbed an immense volume of this wave of refugees, Turkey is unable to stop all the migratory movement on its own.

The Mediterranean route has taken the lives of 1,600 people in 2015 alone, and there seems to be an unstoppable tragedy broadcast by TV stations, showing the helplessness of these boat people struggling to find a way to reach EU soil. Human smuggling has been flourishing and refugees losing their lives at sea on frail boats have become an unacceptable spectacle for the EU public.

The pressure from the public and the media has incited EU decision makers not to rely only on the ability of the Italian coast guard to soldier on and prevent illegal immigration. The idea to assign each EU country with a quota of refugees - albeit a small one - has already created a major outcry with some member states plainly rejecting the idea. High Representative of the EU for Foreign Affairs and Security Policy, Federica Mogherini, has declared that refugees should not sent be back to their country of origin against their will. This is a very understandable and humane approach, which unfortunately does not take into consideration the practical issues. A reaction came swiftly from Theresa May, the home secretary of the U.K., who declared that the guarantee for not sending refugees back would only increase the influx of refugees. Her idea is even less implementable because she wants free zones in North Africa where refugees can find shelter and security without risking their lives crossing the sea.

As a matter of fact, the EU would like to support the refugees without opening its borders to them, which is understandable. But then when Greece, followed by Bulgaria, asked desperately for help from the EU, asking Frontex to ensure the security of their borders in Thrace, building fences and barbed wire along the frontier to stop refugees from entering their country, the EU authorities were united in condemning the attitude of Turkey for not really putting enough effort into securing the non-permeability of its borders.

It has become crystal clear that a single country cannot prevent this influx of refugees and it needs a large and concerted effort shared between the EU, Turkey and other coastal countries to handle this major humanitarian tragedy.

As long as turmoil and civil strife continues to tear the Middle East apart, people will try to save their lives and their honor. We live in a world of uncertainties and hazards. Democratic states do not have the luxury to look elsewhere when thousands of desperate people try to reach their borders. It is a job that very largely surpasses the capacities of Frontex, or even the military and humanitarian capacities of any single member state.

President Recep Tayyip Erdoğan was severely criticized when he asked for safe havens in Syria three years ago. It is now become a feasible idea for most EU countries, but in the meantime, tens of thousands of lives have unfortunately been lost.
Last Update: May 14, 2015 1:06 am
RELATED TOPICS