The reconciliation process and Erdoğan's intervention 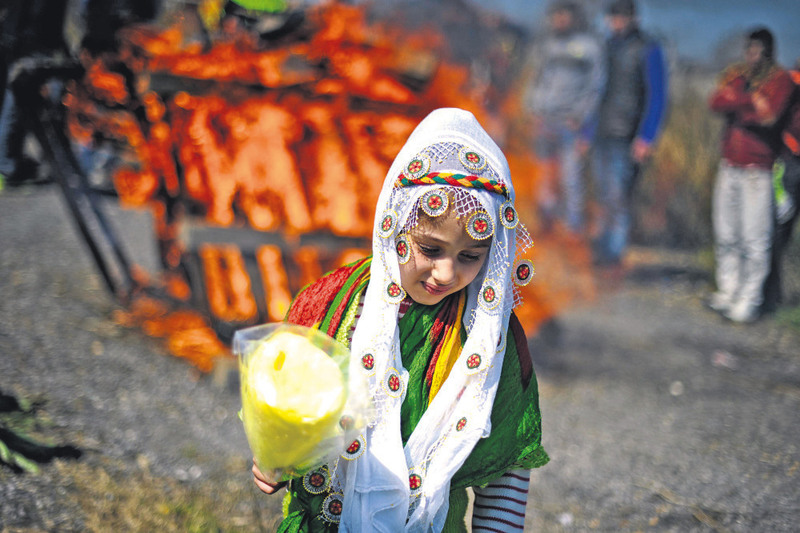 Ankara-based journalists who keep close track of political developments know that when President Recep Tayyip Erdoğan was prime minister, delicate issues such as the reconciliation process, the fight against military tutelage and democratic reforms used to be scrutinized and any steps that needed taking after long discussions were made behind the scenes. While Erdoğan was its chairman, the Justice and Development Party (AK Party) used to engage in comprehensive counseling activities and, most importantly, it used to conduct public surveys regarding the steps to be taken.

If confusion was sensed in the public as a result of the surveys, they put on the brakes. They did not abandon the project, but would try to inform and calm the public by making statements. Maybe this is the secret of the AK Party's 13-year rule in Turkey. The AK Party neither went against the tide to implement a project, nor changed its own direction. It would suspend a project and deflect the waves into the opposite direction and then continue on its path. The lifting of the headscarf ban in the public arena in the 11th year of its rule clearly exemplifies this policy.

The reconciliation process also bears the marks of this cautious approach. So far, the reconciliation process has experienced multiple ups and downs, which is to be expected. Assuming that a 40-year conflict would be resolved overnight is not realistic. The process faced numerous crises many times. Many factors, including the PKK's insistence on not laying down its arms, the PKK leader Abdullah Öcalan's doubts, regional developments, efforts to block reform by third parties and delicate balances in domestic politics all played a role.

Another factor was the different expectations of the public. The Turkish public hoped that the reconciliation process, which aims for PKK disarmament, would end successfully, but they also expected the peace to be satisfactory. Gathering different expectations around the same policy and somehow pleasing everyone in regards to bloodshed required masterful political engineering.

The works initiated with the speech Erdoğan delivered in 2005 in Diyarbakır and the disarmament of the PKK, which is now called the reconciliation process, was the outcome of such political engineering. Erdoğan never took a step on this subject without taking the public's pulse. He knew he must be attentive since he was walking on a tight-rope. Turkey is a democratic country and he knew that he would be held accountable for his deeds in elections. He attempted to introduce peace to the country by persuading the public. Among the public, the mentality of "the state shall introduce peace, peace shall not be imposed on the state" was prevalent.

Therefore, journalists based in Ankara heard Erdoğan say, "Let's not take this step," many times when a new phase was about be inaugurated in the resolution process. Among many examples, I would like to remind you of one in particular. During the period when the politicians of the Peoples' Democratic Party (HDP) heavily criticized the government, or did not reject the armed activities of the PKK, Erdoğan did not allow them to negotiate with Öcalan in the prison where he is held on İmralı Island. He asked the state to determine who would meet with Öcalan. When examined out of context, it might be regarded as an unnecessary step delaying the process. However, Erdoğan wanted the process to be completely controlled by the state. Likewise, he never favored the inclusion of third parties in the process. Public surveys and the language of politics also suggest this. Erdoğan did not want the HDP to create an impression that they were controlling the process, and did not allow the legitimization of Öcalan in the eyes of the public. If this 'brake mechanism' had not intervened in the process, it would not be so close to finalization now.

This seems surprising, when developments that used to be conducted behind closed doors now take place in front of cameras. Actually, it is not surprising at all. Erdoğan's reaction to the disarmament call, which was made to the PKK during the meeting between government authorities and the HDP delegation at Dolmabahçe Palace on Feb. 28, is actually the continuation of this former brake mechanism. Erdoğan did not avoid criticizing the announcement and discussing the supervision board with the government.

The simple reason for this, is that Erdoğan was worried about the release of such a picture at Dolmabahçe, since the public was not yet completely ready for this in the pre-election period. He sensed that this picture might form an impression that the government is following a path determined by the HDP in the process. Besides, he did not trust the PKK and the HDP. So far, they have announced many times that they would remove their armed forces from Turkey, but have not kept their word. Moreover, they initiated the Oct. 6-7 incidents, in which 52 citizens lost their lives, in the guise of protesting the besieged Kobani. For all these reasons, Erdoğan put on the brakes. He said, "Peace does not come until the guns are buried," calling on the PKK to take tangible steps. It is clear that the government is aligned with Erdoğan on this matter. We will see what kind of a position the PKK adopts in the following days.
Last Update: Mar 26, 2015 2:12 am
RELATED TOPICS