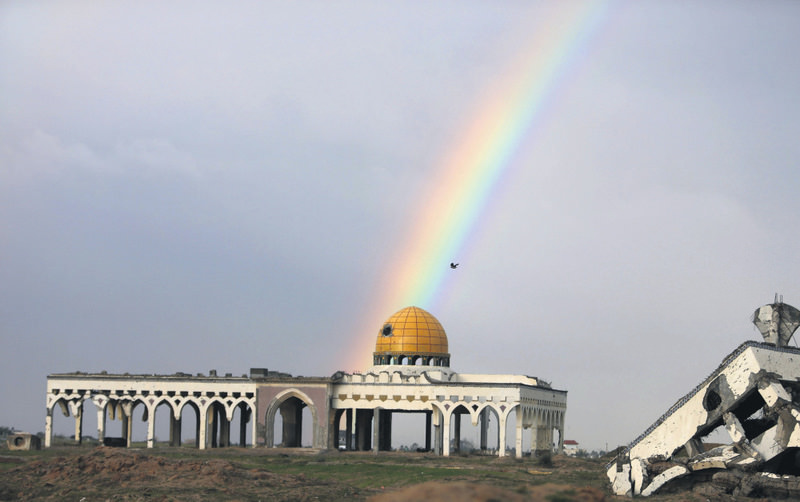 Israel's 2010 assault on the Mavi Marmara, which left nine Turkish citizens dead, caused severe damage to bilateral relations. Over the past five years, Turkish and Israeli officials have held multiple secret meetings to facilitate rapprochement. According to the Israeli media, the most recent meeting took place in Switzerland last month to put the final touches on a draft agreement.

According to media reports, Tel Aviv - which met one of Turkey's three demands by issuing a formal apology in 2013 - agreed to pay $20 million to the victims. Turkey and Israel, furthermore, committed to restoring full diplomatic relations. Ankara, the Israeli media claimed, agreed to pass a law to nullify court cases against IDF soldiers and take steps to limit Hamas' activities in Turkey. Finally, the two governments agreed to explore joint energy projects. There was no word on Turkey's expectation for Israel to lift the Gaza blockade.The Israeli media reports weren't entirely true, diplomatic sources in the Turkish capital argued. Although they maintain that unprecedented progress has been made in the talks, the bilateral agreement is yet to be finalized. The claims about Hamas are simply untrue, a senior Turkish diplomat recently told me. And the Constitutional Court would strike down any law that the Parliament might pass to interfere with judicial proceedings. Simply put, the government simply doesn't have the power to prevent citizens from petitioning the courts.

Turkey and Israel haven't struck a deal on energy cooperation either. In light of Egypt's new gas discovery, Tel Aviv has no choice but to work with Ankara to reach the European market. Finding themselves in a stronger negotiating position, Turkish government officials want to take things slow.

Nor did the government retract its demand for Israel to lift the Gaza blockade. There are signs, however, that Ankara might show some flexibility: On his way back from Saudi Arabia, President Recep Tayyip Erdoğan told reporters that Israel was willing to let Turkey ship goods and construction materials to Gaza. "However, I told them [possibly Undersecretary Feridun Sinirlioğlu, Turkey's chief negotiator] I wouldn't say anything until I see it in writing." In return, he said, Tel Aviv would need to ease the Gaza blockade by allowing Turkey to station a powership in the area to address the energy shortage in Gaza. In addition to medicine and construction materials, Turkey would also like to supply drinking water to the area.The final obstacle before the Turkey-Israel deal, as such, is whether Tel Aviv will agree to Ankara providing electricity and drinking water to the Gaza Strip. With the two governments reaching an agreement over the details and putting the terms in writing, a period of rapprochement will officially begin. An upcoming meeting between Turkish and Israeli officials might be the final round of negotiations.
RELATED TOPICS