US on the verge of losing Turkey 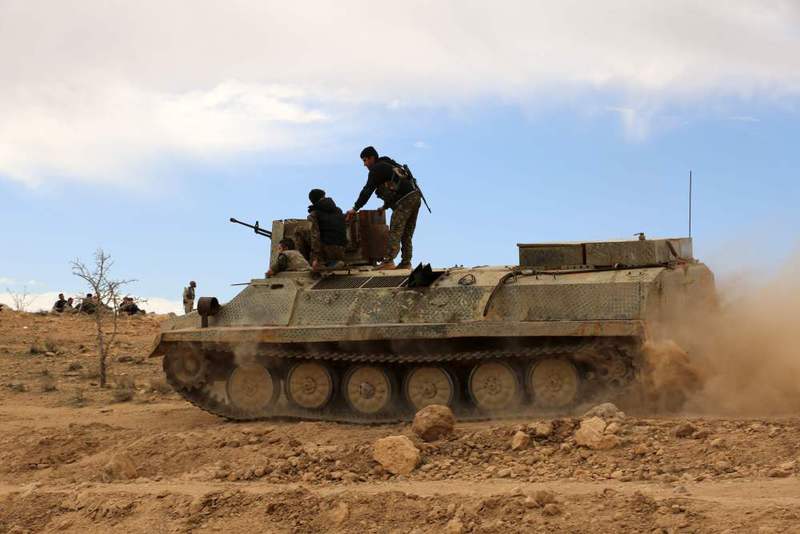 Fighters from the Syrian Democratic Forces (SDF) siting atop an armoured personnel carrier on the outskirts of the town of Chaddade in the northeastern Syrian province of Hasaka.
by Yahya Bostan Feb 23, 2016 12:00 am

The U.S.'s support for the PYD's military wing YPG, which is a threat to Turkey's national security, seems as though it will soon bring the bilateral relations between the two countries to an end

Washington's relationship with the Democratic Union Party (PYD) and its military wing, the People's Protection Units (YPG), is a recent addition to a long list of problems between Turkey and the United States. Last week's suicide attack in Ankara, which claimed 28 lives, took the disagreement to the next level as Turkey identified the perpetrator as a YPG militant and shared personal information about him with U.S. Ambassador John Bass and the other P5 representatives.

Until now, the Obama administration has been careful to distinguish the YPG, which it regards an important partner in the anti-DAESH campaign, from the PKK, a globally recognized terrorist group. Over the past year, the White House and the State Department reiterated Washington's support for Turkey in counter-terrorism operations against PKK targets but argued that the YPG was a separate entity. Daily Sabah, however, recently published a story documenting disagreements within the U.S. government about the YPG's status. The National Counterterrorism Center, a U.S. government organization responsible for national and international counterterrorism efforts, apparently identifies the PYD/YPG as a Syrian affiliate of the PKK.

In other words, the U.S. government already knows (and publicly acknowledges) what is happening in Syria. The Obama administration's Syria policy not only requires cooperation with a terrorist organization and an enemy of Turkey, a strategic ally, but also seeks to justify the White House's shady dealings by turning a blind eye to reality in public statements. Background information about recent conversations between the Turkish and U.S. leadership sheds light on Turkey's concerns about Washington's role as a reliable partner.

On Feb. 14, Prime Minister Ahmet Davutoğlu spoke with U.S. Vice President Joe Biden to discuss Turkey's shelling of YPG positions in northern Syria. According to Turkish officials, Biden asked the Turkish premier to stop targeting the YPG while saying that the administration was concerned about the YPG's efforts to seize more territory in northern Syria. Davutoğlu, in turn, demanded the PYD immediately vacate the Mannagh Military Air Base near the border. When Biden tried to persuade Davutoğlu, the prime minister requested a list of U.S.-backed YPG militants in order to establish whether there were any PKK members among them. "Our initial assessment was that Washington tried to strong-arm Turkey," a Turkish official said. "The prime minister warned that the administration's misguided policies cause frustration among the Turkish people."

Four days later, on Feb. 18, U.S. Secretary of State John Kerry told Foreign Minister Mevlüt Çavuşoğlu that the YPG isn't a reliable group. When asked why the administration would partner with an unreliable organization, Kerry argued that they were necessary for the anti-DAESH campaign. Although there are no DAESH militants in Azaz, which YPG fighters have been targeting for the past couple of weeks, the Obama administration has nothing more to say, except that they are concerned. Here's something even funnier: When Çavuşoğlu shared Kerry's comments about the YPG with the public, the spokesperson for the State Department said they trusted the group.

The third and most recent conversation took place between Recep Tayyip Erdoğan and U.S. President Barack Obama on Feb. 19. According to sources, Obama's take on the YPG was even more negative than Kerry's. Voicing concern about the group's most recent efforts in northern Syria, President Obama reportedly complained that the YPG has been working more closely with the Assad regime and Russia to defy the United States. After the phone call, Turkish and U.S. officials agreed on a joint statement highlighting Turkey's right to self-defense and expressing concern about the YPG advances. While Turkey proceeded to issue the mutually agreed statement, the White House published an edited text without notifying the government. In the end, the U.S. statement had no reference to the YPG or Turkish self-defense.

The major differences between the Obama administration's public statements and private conversations leads Ankara to believe that the United States knowingly supports a terrorist organization in northern Syria. As the prime minister told Vice President Biden, the Turkish people think along the same lines. One thing is clear: The Obama administration is about to lose a valuable ally in the region.
Last Update: Feb 23, 2016 1:38 am
RELATED TOPICS