State sponsors of the Istanbul attack 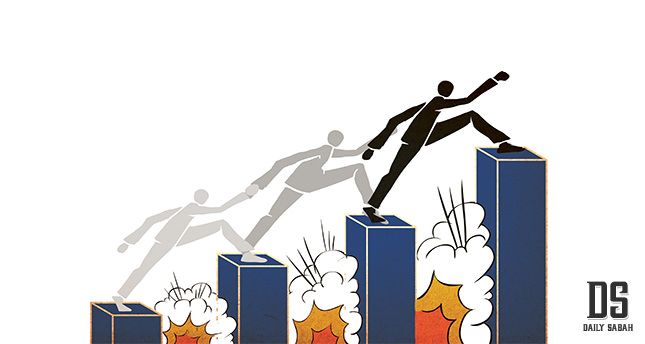 In recent months, the PKK and DAESH have perpetrated deadly attacks in Turkey to spread fear and create a cycle of violence.

Back in July, the PKK leadership had adopted a new strategy to create autonomous zones and organize a revolt against the government in Turkey. When local communities showed no interest in autonomy and the organization suffered heavy losses against security forces they started targeting civilians in western Turkey. Having publicly announced that they would cooperate with a number of terrorist groups including the Kurdistan Freedom Falcons (TAK) and Revolutionary People's Liberation Party Front (DHKP-C), the PKK perpetrated two suicide attacks in Ankara that killed 64 innocent civilians.

Meanwhile, Turkey remains at war with DAESH, which on Saturday struck at the heart of Istanbul and killed four tourists. Although terrorists had attacked Turkey in the past, the most recent assault's timing and notable shifts in strategy call for a deeper analysis.

The DAESH campaign kicked off two days before the June 7 parliamentary elections as five people were killed at a Peoples' Democratic Party (HDP) campaign event in Diyarbakır. On July 20, a suicide bomber blew himself up in Suruç, killing 34 volunteers. Three months later in October 2015, DAESH targeted another public event in Ankara associated with the HDP and killed 109 people. By perpetrating these attacks, DAESH sought to continue the battle over northern Syria across the border. At the same time, DAESH wanted to punish the Turkish government for joining the anti-DAESH coalition by fueling domestic tensions. In a way, they got what they wanted. Citing the Suruç attack, the PKK unilaterally ended a two-year cease-fire and abandoned the disarmament talks.

The downing of a Russian jet by the Turkish Air Force in November 2015 marked a turning point for DAESH, which started targeting tourists. On January 12, a terrorist blew himself up in Sultanahmet and killed 10 tourists. The second attack in which multiple tourists were confirmed dead took place near Taksim Square on Saturday. Here is what DAESH terrorists probably think: Turkish jets have not crossed into Syrian airspace to launch airstrikes on their positions since November. The number of coalition missions, furthermore, has significantly decreased since a temporary cease-fire entered into force. It would not be inaccurate to claim that the peace talks have been distracting attention from DAESH.

Why would DAESH attack Turkey under these circumstances? Do they want to send a message to Western nations by targeting tourists? Was Saturday's attack retaliation for the capture of Paris attacker Salah Abdeslam? If so, why did DAESH use Turkey to make a point? If not, is it trying to make Turkey look like an unsafe country? These answers will come in due time.

Until then, we must keep in mind that terrorists cannot stay in business without the support of certain governments and intelligence agencies. Every once in a while they kill to please their sponsors. More often than not, the attacks that do not really make sense are ordered by state sponsors of terror.