Anti-Americanism on the rise in Turkey 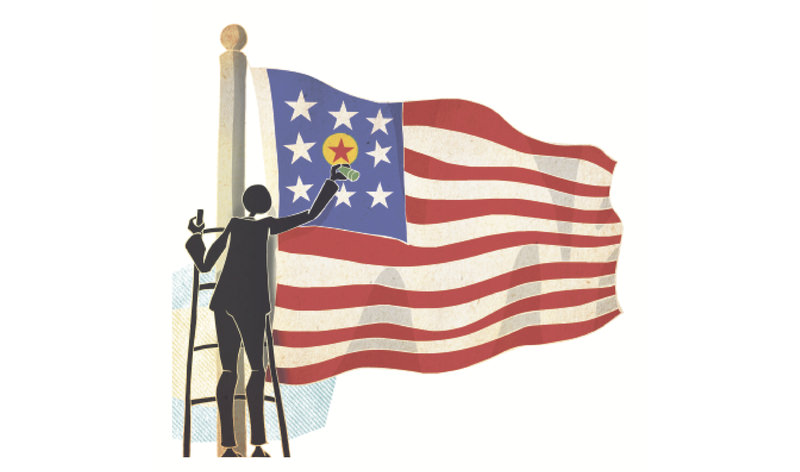 Since the PYD does not deny being a terrorist organization, it is amusing to see the Obama administration look for any opportunity to portray the PYD as innocent as a lamb

On March 29, Daily Sabah Editor-in-Chief Serdar Karagöz published an op-ed claiming that the Obama administration's support for the Democratic Union Party (PYD), the PKK's Syrian franchise, put strains on Turkey-U.S. relations. He warned that "Obama's irresponsible policies are estranging not only President [Recep Tayyip] Erdoğan's administration, but also the entire country." According to a recent opinion poll conducted by Adil Gür, a bipartisan pollster who accurately predicted the outcome of the November 2015 parliamentary election in Turkey, Mr. Karagöz was right.

Mr. Gür's company conducted face-to-face interviews with 2199 participants in 39 Turkish provinces on March 26-27, 2016. Although the majority of questions were related to terrorist attacks and counterterrorism operations, a closer look at his findings reveals that the Turkish public opinion is turning against the United States at an alarming rate.

What the Obama administration should be worried about starts with the question whether terrorist organizations are acting on their own or receive support from certain international powers. According to the study, only 21.9 percent of Turks maintain that terrorists are acting alone - compared to an overwhelming 78.1 percent of participants, who said they thought international powers were supporting terrorists.

Before you jump into conclusions, here's an interesting fact: It's not just self-identified supporters of the Justice and Development Party (AK Party), who claim terrorists receive international assistance. 83.8 percent of the Republican People's Party (CHP)-base - compared to 80.6 percent of AK Party supporters - believe terrorist attacks in Turkey have international links.

Some people may be tempted to conveniently account for this dangerous trend with reference to the Turkish people's love for conspiracy theories. But the problem is quite serious.

In recent months, people in Turkey have witnessed members of the PKK, an armed group that Turkey, the European Union and the United States consider a terrorist organization, set up tents and raise money for future attacks in Brussels and other European cities. Fehriye Erdal, a Revolutionary Liberation Party-Front (DHKP-C) member who assassinated Turkish business mogul Özdemir Sabancı in 1996, along with senior PKK leaders have been running away from justice thanks to the unwillingness of European governments to honor extradition treaties. Following a 2013 suicide attack against the U.S. Embassy in Ankara, Turkish intelligence discovered that the perpetrators - also DHKP-C - members had received training in Greece before illegally entering Turkey. There are plenty of examples to support this claim, but the point is that the Turkish people are not just imagining things.

Something that U.S. officials should be really worried about is that according to the same study, 56 percent of all participants said terrorist organizations received support from the United States when asked which powers they thought were behind terrorist attacks. To make matters worse, 72.2 percent of participants, who said they thought terrorism was being supported by international powers, blame terror attacks on the United States. Russia, 28.8 percent, and Israel, 28.1 percent, are trailing the U.S. In other words, a sizable chunk of the Turkish people maintain that the United States is supporting terrorist organizations that have been killing servicemen and innocent civilians on Turkish soil.

Simply put, a scientific study just concluded that Turkish people from all across the political spectrum believe that the U.S. supports terrorist organizations in Turkey. Needless to say, the Obama administration's futile attempts to make a distinction between the PKK and PYD, the PKK's Syrian franchise, coupled with U.S. weapons and ammunition support for PYD militants in northern Syria, are not very popular in Turkey. Even though U.S. officials pretend there is a difference between the PKK and the PYD, Turkish people are not buying it - especially at a time when innocent people and Turkish servicemen are coming back home in coffins. Before things get out of hand, the Obama administration should do the next U.S. president a favor and take a look at Mr. Gür's worrying findings.
Last Update: Apr 22, 2016 2:16 am
RELATED TOPICS