Why did West lose Turkey's friendship? 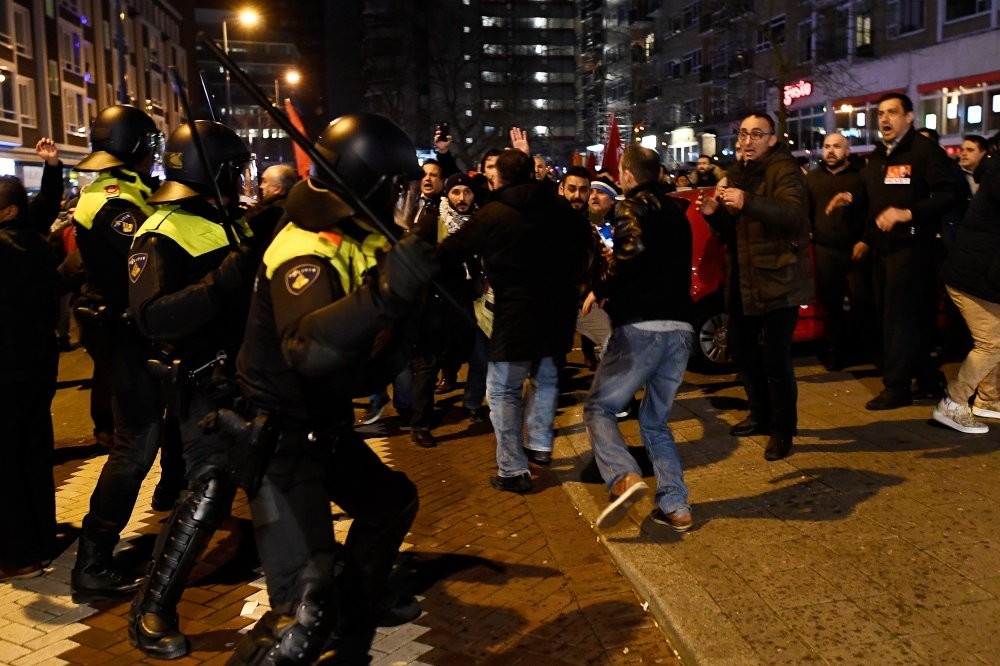 The West deliberately lost Turks when it left them alone in several critical cases such as the July 15 coup attempt, the refugee crisis and its fight against terror groups

Whenever political or diplomatic tensions arise between Turkey and its Western allies, Washington-based think tanks and European pundits ask the same questions: Is Turkey shifting its axis from the West to the East? Why have we lost Turkey?

The first question is intended to send a message to Ankara and pressure Turks into maintaining close ties to the West. Simply put, the international arena is an interest-driven world. If and when the Turkish government opts to pursue its own goals rather than serve the interests of others, think tanks and media outlets take their efforts up a notch and charge the Turkish leadership with authoritarianism and dictatorship.

The second question is an effort by Westerners to engage in self-criticism to win back the Turks, who are moving away from the EU and the United States, and strengthen the West's partnership with Turkey. Typically, Western pundits and officials do not reflect on their own mistakes unless they need Turkey's assistance in order to reach their goals. By pretending to take stock, Western governments make the case for the need to make a fresh start.

Especially since 2013, Turkey's national interests have been at odds with Western goals. This conflict largely reflects recent developments in the Middle East, since the Turks had major disagreements with the Obama administration and opposed the EU's regional policy. This core problem has been aggravated by disagreements over a range of other issues. Consequently, Western media coverage of Turkey has been extremely negative.

Ironically, neither the United States nor the Europeans can turn their back on Turkey, which is a strategically located country with vast economic potential, a robust military and significant influence over the Middle East. It is therefore that I expect Western pundits to start asking how and why their governments alienated the Turks in the near future. Here are some of the reasons why the West lost Turkey's friendship – provided that our self-proclaimed friends and allies would like to hear our side of the story before reaching their conclusions:

You lost Turkey because you turned a blind eye to the July 15 coup attempt – one of the most violent assaults on Turkish democracy in history. You failed to recognize the heroism of the civilians who risked their lives to defend our democracy and refused to bow to the coup plotters even though they were targeted by tanks and bombs. To add insult to injury, you provided a safe haven to Fetullah Gülen, the failed coup's mastermind, and his secretive organization in the United States. You refused to comply with extradition requests and stood idly by as Gülenists established themselves in European capitals.

You lost Turkey because you supplied weapons to the People's Protection Units (YPG) –the Syrian franchise of the PKK, which has killed thousands of innocent civilians since the 1980s – despite Ankara's repeated warnings. You provided them with financial support. You allowed the group to freely operate across the European Union and made up excuses to stall the extradition of 3,000 PKK militants living in Germany. When the Turkish authorities launched security operations to prevent terror attacks, you harshly criticized them. Having ignored the state of emergency in France, you spoke up against Turkey taking the same action – even though the Turks were fighting multiple terrorist groups simultaneously. You looked the Turkish people in the eye and continued your hypocrisy.

You lost Turkey because you left a NATO ally alone in the whirlpool called Syria. You failed to live up to your responsibilities to the Turkish government and watched from afar as the Turks tried to deal with the burden of hosting 3 million refugees. When war victims ended up at your doorstep, you struck a deal with Ankara – only to refuse to share the burden. During the whole episode, you treated refugees in such an inhumane and racist manner that the Turks could no longer tolerate your moral bankruptcy.

You lost Turkey because you were hypocritical toward Ankara. You failed to keep your promises in Cyprus. Nor did you hold up your end of the bargain regarding visa liberalization. Refusing to allow Turkish citizens to travel to Europe freely, you granted the same right to Georgians – whose country isn't even an EU candidate.

Last but not least, you lost Turkey because you refused to treat the Turks as your equals and considered it your God-given right to meddle in our country's internal affairs. Your media outlets urged Turkish citizens to vote against proposed constitutional changes. You resorted to mafia tactics to prevent Turkish ministers from meeting Turkish citizens in Germany. You declared a female politician "persona non grata" to deport her from the Netherlands. You used disproportionate force against civilians peacefully protesting your treatment of a representative of their government.

You lost Turkey because you have no moral or political appeal left whatsoever.
RELATED TOPICS