In light of US's YPG policy, will Turkey turn its back on Washington? 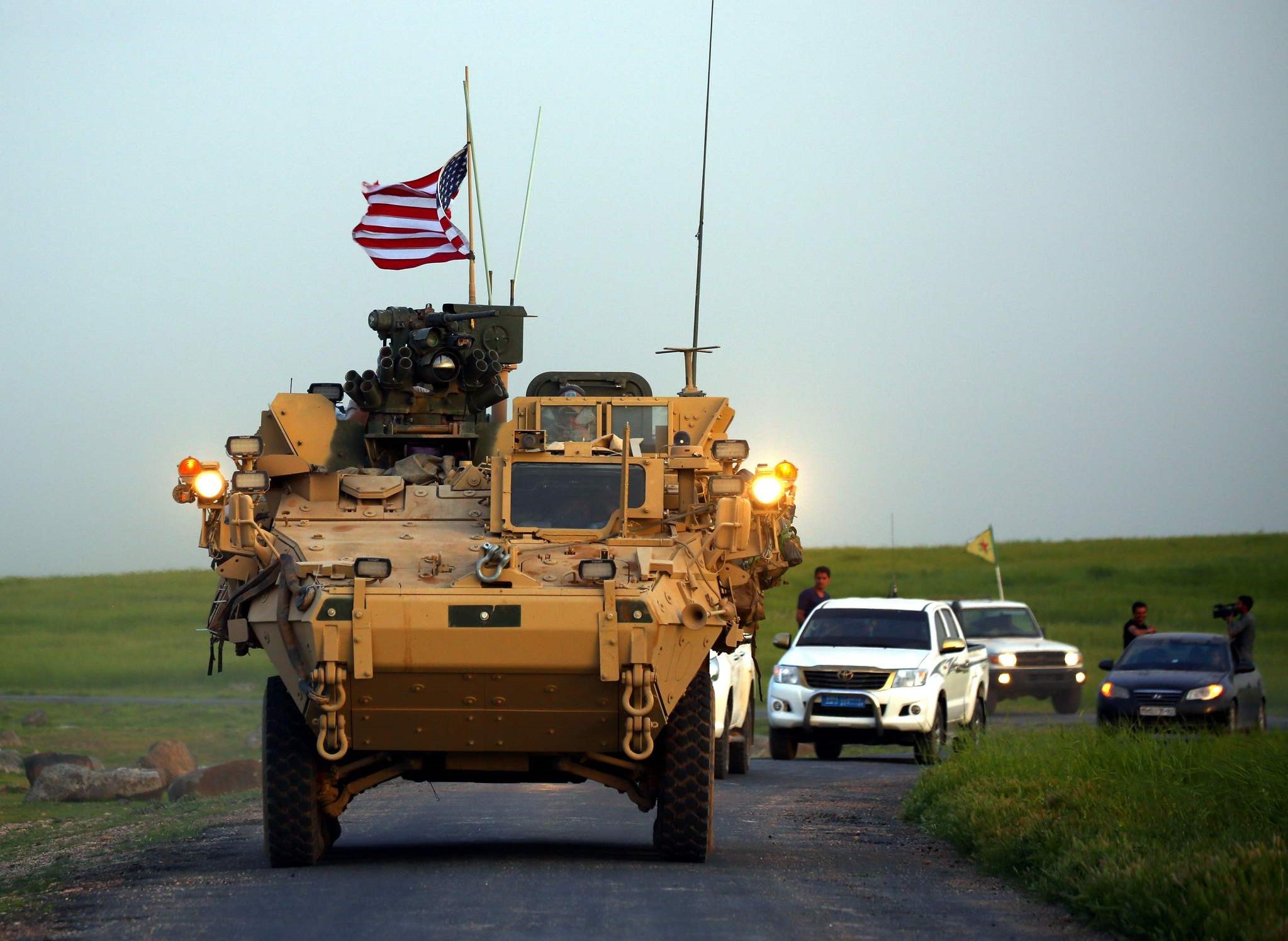 U.S. forces, accompanied by Syrian YPG terrorist, seen driving their armoured vehicles near the northern Syrian village of Darbasiyah, on the border with Turkey on April 28.
by Yahya Bostan May 15, 2017 12:00 am

What the U.S. will directly do by committing to its current YPG policy is force Turkey to turn its back on Washington

For weeks, policymakers in Ankara had been waiting for President Recep Tayyip Erdoğan's meeting with U.S. President Donald Trump at the White House. Mr. Erdoğan's trip to Washington could be historic because the Turks believed that the differences of opinion between themselves and their NATO ally could be overcome face-to-face. Showing how much the Turks care about the meeting, the Turkish president's chief advisor, İbrahim Kalın, along with intelligence chief Hakan Fidan and top commander Gen. Hulusi Akar, traveled to the United States last week to meet their counterparts.

The advance party primarily focused on two issues: Joint steps against the terrorist group led by Fetullah Gülen, who orchestrated last summer's coup attempt in Turkey, and the situation in Syria.

On Syria, the sticking point between Turkey and the United States is no longer whether Bashar al-Assad will keep his seat. Instead, the Turks are deeply disturbed by Washington's open support to the People's Protection Units (YPG) – the Syrian franchise of the designated terrorist group, PKK. A recent bombardment of the PKK position in Sinjar, Iraq, served as a reminder of Turkey's frustration. In response, the Americans deployed their troops at the border to prevent the Turks from targeting the YPG and, if you believe the U.S. line, to prevent attacks by the militants against Turkey.

During the Turkish delegation's trip to Washington, President Trump approved a plan to provide weapons to YPG militants in Northern Syria – which was not a popular decision in the Turkish capital. Although the Turks tried to keep calm and wait until after the Erdoğan-Trump meeting to respond, it is no secret that this plan remains unacceptable to Turkey. In an attempt to mitigate Turkey's response, U.S. officials have been telling the press that they provided certain assurances to Ankara – which obviously will not change anyone's minds.

The U.S. policy in Syria is quite clear: As I wrote time and again, Washington demands Turkey to treat the YPG as a legitimate player. At various levels, Turkish officials have reportedly been told to "think big" and control the group. While fighting Daesh in cooperation with the YPG, the Americans offer to assist Turkey's operations against the PKK within its borders and in Northern Iraq. Their message to the Turks, in other words, is to stay away from Syria, focus on threats at home and in Iraq, and not meddle in U.S. operations against Daesh.

Since the plan was approved by President Trump, certain developments took place that support the above view. A number of Turkish journalists with known ties to policymakers in Washington urged the Turks to engage the YPG. Meanwhile, U.S. officials told reporters that the administration was prepared to share more intelligence with Turkey on the PKK. After receiving U.S. Defense Secretary James Mattis in London, Prime Minister Binali Yıldırım remarked that the Americans offered to work more closely on intelligence sharing and terrorism finance.

To be clear, none of the U.S. proposals make sense to Turkey because the idea that the Americans will support Turkey against the PKK in exchange for Ankara's tacit support for the U.S. plan to arm the YPG is out of touch with reality. Despite the reassurances offered by the U.S. today, the Trump administration's Syria plan entails serious threats against Turkey's national security.

First of all, there should be no doubt that the YPG is not an independent entity but the Syrian branch of the PKK – which both Turkey and the U.S. consider a terrorist organization. The YPG, like the PKK, receive their orders from PKK headquarters in Qandil, Iraq. And the weapons delivered to the YPG by Turkey's allies have been used against Turkish civilians and security forces in the past.

If the United States ends up working with the YPG, an armed group with organic ties to the PKK, in the Raqqa operation, the PKK will have more influence over Syria. The YPG militants, equipped with heavy weapons, will presumably seize new territories and increase their military capabilities. Even if Washington could stop the PKK and the YPG from targeting Turkey until the conclusion of the Raqqa operation or until the YPG controls all of Northern Syria, the militants will no doubt turn against Turkey and target a NATO ally with U.S. weapons.

If Turkey does nothing more than watch the U.S.-backed YPG get stronger in Northern Syria, it will face more serious threats in the future. The question is whether the Turks could indeed take action – which, Turkish officials repeatedly said, they would. Under the circumstances, the U.S. should not try so hard to force Turkey to turn its back on Washington.
RELATED TOPICS