Qatar crisis: Act I of the dirty war 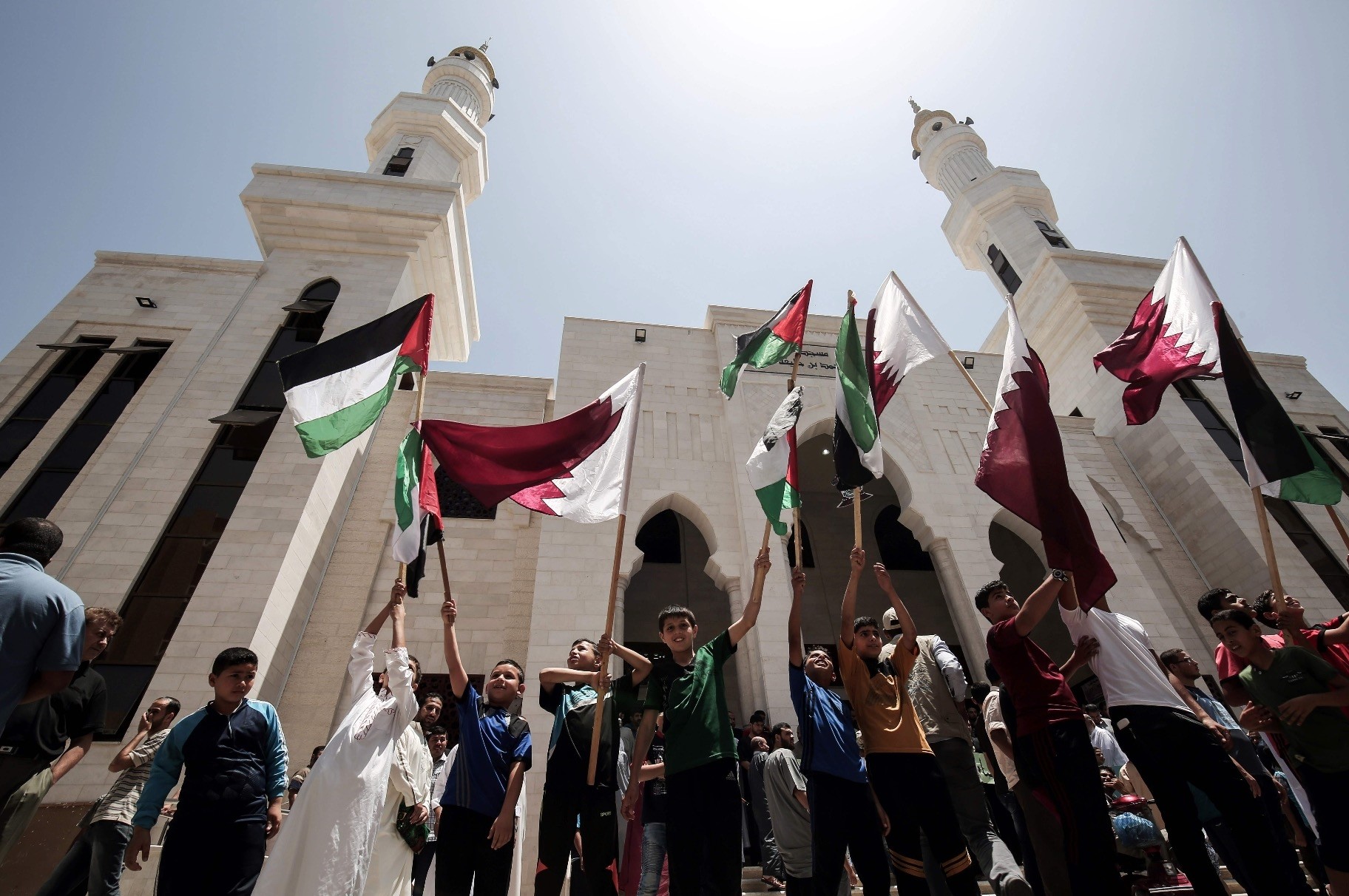 Palestinians attending a rally in support of Qatar after the blockade by the Gulf countries, led by Saudi Arabia and the UAE, were implemented against it, at the Qatari-funded housing project in the southern Gaza Strip city of Khan Yunis on June 9.
by Yahya Bostan Jun 12, 2017 12:00 am

The embargo implemented by the Gulf countries, led by Saudi Arabia and the UAE, against Qatar, is the first step of a broader plan that will trigger more tensions in the region

In the wake of U.S. President Donald Trump's trip to Saudi Arabia last month, many people in the Middle East expected to see new developments regarding the administration's stated goal of isolating Iran. But something entirely different took place in the end, as a group of countries led by Saudi Arabia and the United Arab Emirates imposed diplomatic, political, economic and humanitarian sanctions on Qatar.

The term "humanitarian sanctions" was used here on purpose, since Qatar's citizens, who live in other Gulf countries, have personally felt the effects as they face deportation. To be clear, there is no doubt that such extreme measures, which place entire families at risk, reflect the broader Wahhabi tradition. Meanwhile, four countries took the crisis to a whole new level by designating critics of Riyadh and Abu Dhabi's policies as terrorists.

Since the Qatar crisis erupted, people have been wondering what the cause really was. At this time, there are two popular answers: Focusing on Qatar's relations with other Arab nations alone, it is possible to argue that the Gulf countries felt they had a strong dialogue with Mr. Trump. Emboldened by their huge military agreement with the United States, they took steps to make Doha pay for failing to fall in line with the others since the Arab Spring began. Since Saudi Arabia and the UAE want to discipline and control Qatar, it is safe to assume that the crisis will end once the Qataris accept their terms.

In other words, it is possible to make the case that the crisis was fueled by Qatar's foreign policy. According to Saudi Arabia, the Emirates and others, Doha has been supporting Iran, meddling in other nations' internal affairs through media outlets and financing terrorist groups. Although the Saudi-led group pays lip service to Daesh and al-Qaida, what they are really referring to is Qatar's relationship with Hamas and the Muslim Brotherhood. As such, the Saudis demand Doha to stop supporting Hamas and the Brotherhood, change Al Jazeera's editorial line and fully comply with the Gulf Cooperation Council's (GCC) charters - or, simply put, to not develop an independent foreign policy.

What will happen if the Saudi-led group gets what it wants? Saudi Arabia and the UAE will gain control over Qatar. They won't be bothered by Al Jazeera anymore. As Egypt eliminates an important supporter of the Muslim Brotherhood, Israel will cut support to Hamas.

To be clear, all of the above reasons are perfectly valid. But it would be wrong to reduce the Qatar crisis to tensions between Doha and its neighbors. My assessment is that the countries that severed their diplomatic ties with Qatar and their supporters see the current escalation as the first step of a broader plan.

If the Qatar crisis is resolved in their terms and Doha agrees to either reshape its foreign policy according to the GCC's demands or regime change, Saudi Arabia and others will start making preparations for Stage II - sectarian tensions under the guise of isolating Iran.

The fact that Daesh perpetrated a terrorist attack in Iran just days after the Qatar crisis erupted hints that the situation in the Gulf could be part of a broader plan. At a time when Gulf countries are encouraged by third parties to take bold steps in the region, Iran's capital became the target of terrorists. Already prepared to fuel sectarian tensions, Tehran publicly blamed Saudi Arabia for the attacks - which means they are prepared to play the role assigned to them by the same third parties.

Finally, the million-dollar question is what Turkey needs to do under the circumstances. It is imperative for Ankara to develop a two-step plan. First, the Turkish government must find a way to resolve tensions in the Gulf - which is what it has been doing until now. Although Turks expressed solidarity with Qatar, they refused to choose one side over the other. Instead, Turkey engaged Saudi Arabia and others in order to promote a peaceful solution through dialogue and negotiations.

Ankara should maintain this position until the crisis ends and then focus its time and energy on the second step. As a regional power looking to promote stability in the Middle East, Turkey must warn the Gulf countries and Iran to alleviate tensions by giving up on their aggressive foreign policies. At the end of the day, it is necessary to acknowledge that a violent conflict in the region would come with a heavy price tag for all parties involved. If regional powers end up in a fight, only the outsiders will stand to gain from the bloodshed.