Why Turkey's military base will remain in Qatar 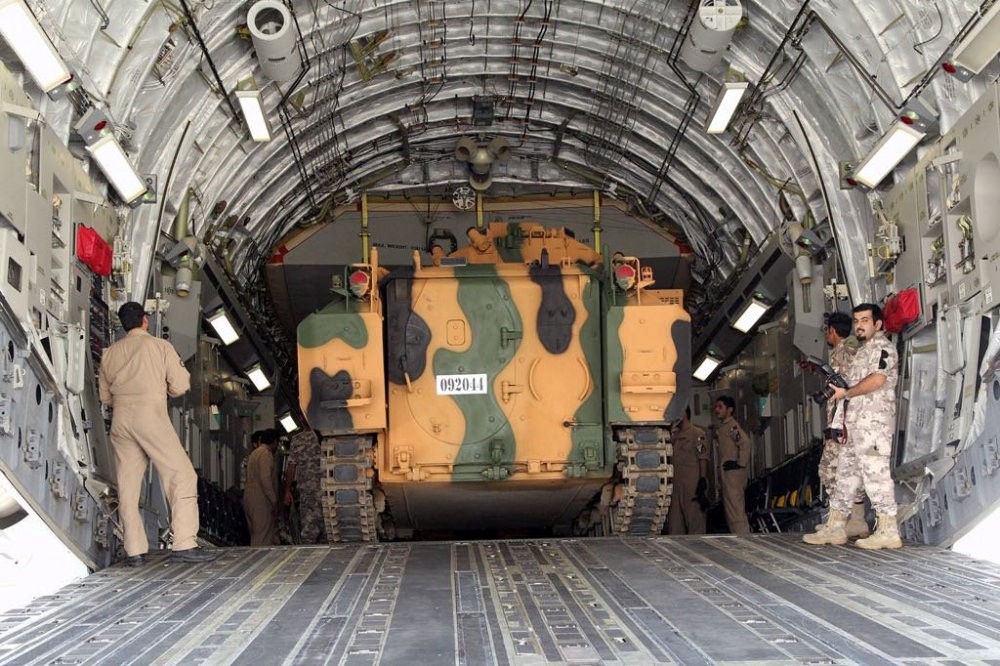 Turkish troops seen at their military base in Doha, Qatar, June 23. Following the embargo against Qatar, Turkish Parliamenthas approved two bills on deploying troops to the Turkish military base in the Gulf country to train its gendarmerie forces.
by Yahya Bostan Jun 25, 2017 12:00 am

In recent weeks, Turkey's military base in Qatar became a hot-button issue as several Gulf countries, led by Saudi Arabia and the United Arab Emirates, severed their ties with Doha citing the tiny nation's alleged support for terrorist groups. Just days after a series of economic, diplomatic and humanitarian sanctions were announced, the Turkish Parliament fast-tracked an agreement with Qatar regarding the establishment of a military base outside Doha. Although that bilateral agreement's ratification was considered a sign of Turkey's frustration with the Qatar crisis, this interpretation didn't necessarily reflect the truth.

Long before the most recent crisis in the region, Ankara and Doha were engaging in talks pending the Turkish Parliament's green light. As a matter of fact, more than 80 Turkish troops were already stationed in Qatar to lay the foundations of Ankara's future base. Following Parliament's approval, 23 additional troops were deployed to Doha. Simply put, the Turkish base wasn't just planned and agreed on long before the crisis but it was also an ongoing project.

The second time the Turkish military base came up during the course of the Gulf crisis was earlier this week, when several the Gulf Cooperation Council (GCC) countries provided Qatar with a list of 13 demands. You might recall that U.S. President Donald Trump had initially sided with Riyadh and others but Washington gradually backtracked on this policy. Arguably the most noteworthy challenge to the White House came from U.S. State Department Spokesperson Heather Nauert, who told reporters that the U.S. wasn't sure whether the blockade of Qatar was about terrorism after all.

Either way, the Qataris were presented with a list of demands which, according to media reports, included the downgrading of diplomatic relations with Iran, shutting down Al Jazeera and a number of other media outlets, ending Doha's support to the Muslim Brotherhood and the shutdown of Turkey's military base in Qatar along with an end to military cooperation with Ankara – which tells me that some people are unsettled by the Turkish military presence in the Gulf.

The obvious question now is whether Turkish troops in Qatar should be a source of concern and, if yes, to whom.

Before answering, it is necessary to recall why Turkey sent troops to the region in the first place and what the Turkish military has been doing there. At this time, Turkish troops serve in places like Kosovo and Afghanistan as part of international peacekeeping forces. Turkey's friends and allies repeatedly maintained over the years that Turkish troops made valuable contributions to peace and stability in host nations.

Moreover, Turkey has three military bases outside its borders. One of them is located in Bashiqa in northern Iraq, which has been a training center for anti-Daesh fighters at the request of the Kurdistan Regional Government (KRG). At the same time, the base makes it possible for Ankara to neutralize national security threats before Daesh terrorists reach its borders.

The second base is located in Somalia, where local troops have been receiving training as part of a broader strategy to empower that country politically, economically and socially in order to help Somalians to address the threats of instability, terrorism and hunger. In fact, Turkey provided more assistance to Somalia than any other country. Keeping in mind that the country needs a strong military to become fully stable, it is not surprising that Turkish troops have been assisting their Somalian counterparts.

The third and final military base is in Qatar. Efforts to set up the base were launched back in 2014 in an effort to contribute to Doha's security. A closer look at the date when the talks started indicates that the decision was motivated by Iranian expansionism and the situation in Syria. As the above examples clearly show, Turkey's decisions to establish military bases abroad are intended to promote the stability and security of friendly nations as well as to take pre-emptive measures threats against its own security.

Do the Gulf nations have any reason to be unsettled by the Turkish military base in Qatar? Turkey and the GCC countries see eye-to-eye on most regional issues – notwithstanding minor differences of opinion. In particular, Turkey and Saudi Arabia completely agree on the need to remove Bashar Assad's regime from power. Likewise, the Turkish government had sided with the Gulf nations during the Yemen crisis and shared Saudi concerns about Iranian expansionism. In other words, the Turkish military presence in Qatar strengthens the Saudi-led coalition's hand rather than threaten their vital interests. As such, it is important to stress that the base doesn't pose a threat to the Gulf nations.

So why did they ask Qatar to shut down the base? Why would the GCC countries, which clearly have no problem with the U.S. military base near Doha, want Turkish troops to leave? It would be wrong to assume that this demand reflects their general view on Turkey. A closer look at their demands from Qatar reveals that they actually believe that Doha threatens their vital interests. As such, they would like the Qataris to become diplomatically and economically dependent on Saudi Arabia and others, which means no relationship whatsoever with any nation that could empower Doha. In other words, the demand to shut down the Turkish base is more about weakening Qatar than the perceived threat(s) posed by Turkey.

Be that as it may, the question is whether the Saudi-led countries can reasonably request Qatar to shut down the base. The Gulf crisis cannot continue forever and, looking at the fierce competition between regional powers, it is safe to assume that the GCC countries will have to normalize their relations with Qatar sooner or later. To be clear, neither Turkey nor Qatar can be expected to give up on this strategic move due to some temporary tensions. Let's just hope that Saudi Arabia and the rest of the Gulf nations will understand that Turkish troops will be vital for their own security in the future.