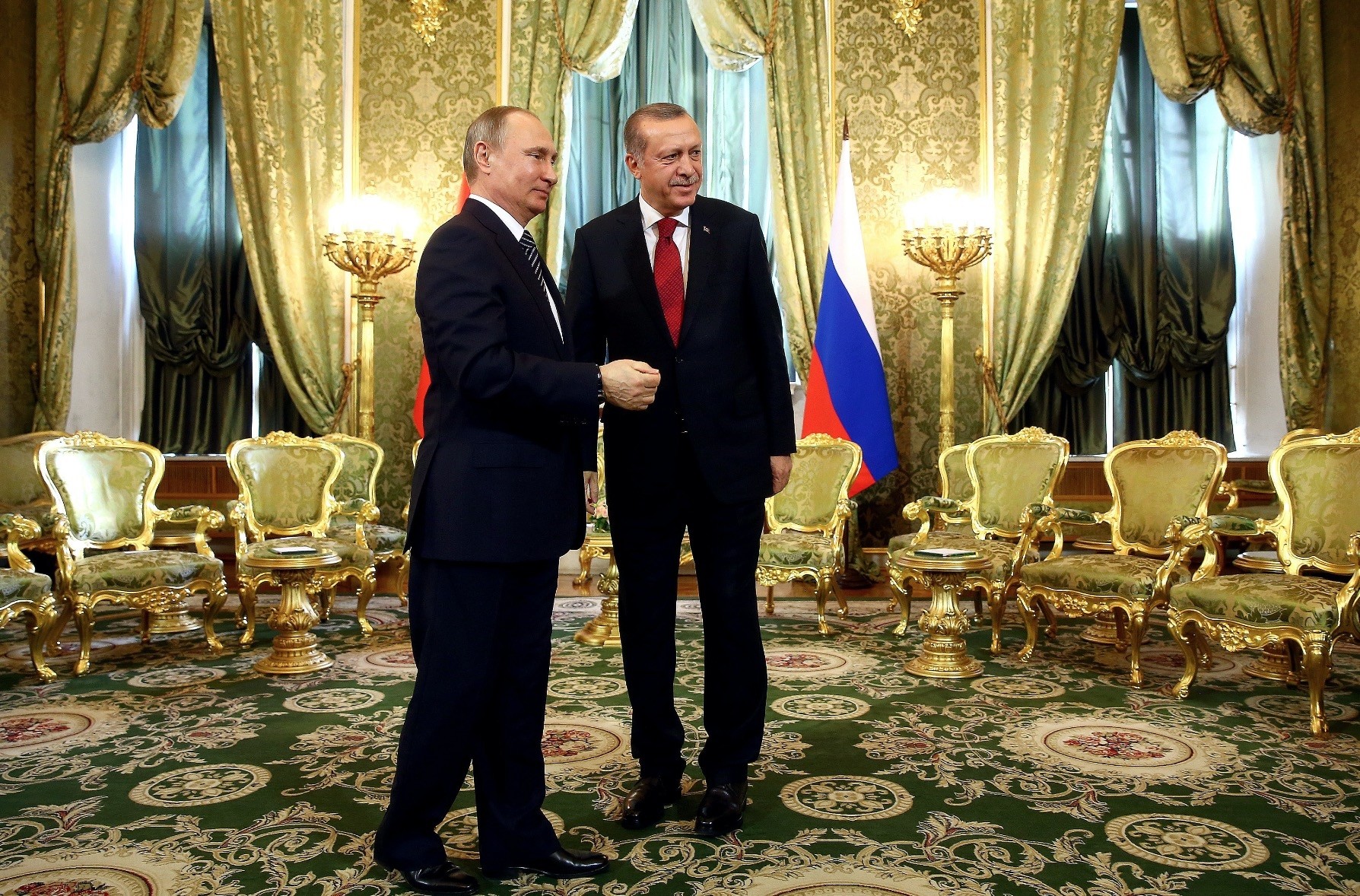 The S-400 missiles will not target U.S. aircraft or the aircraft of Turkey's allies, but they will help to make the region more secure

A few years back, when I was a reporter based in the Turkish capital Ankara, Turkey had first decided to strengthen its air defense systems in light of regional developments and strategic threats. The Turks wanted to manufacture long-range defense missiles and work with fellow NATO allies, whom they considered close allies. As a matter of fact, Ankara's original plan was to jointly produce defense missiles with another NATO country. For the Turkish government, technology transfer was one of the key requirements along with a low price. Simply put, Ankara did not want to depend on other governments to defend itself.

In 2010, Turkey launched a tender for the Long Range Regional Air and Missile Defense System. Companies from the United States, Russia, China and Italy/France made offers. With the exception of the Chinese manufacturer CPMIEC, the companies were unwilling to settle on technology transfer and joint production. To make matters worse, their quotes were quite high. Thus Turkey decided to negotiate with China Precision Machinery Export-Import Corp's (CPMIEC).

Turkey's decision to work with a Chinese company sparked public debate on the integration of Turkish defense systems with NATO. Nonetheless, Ankara continued to hold talks with the Chinese until 2015. However, CPMIEC ultimately failed to live up to Turkey's expectations regarding technology transfer and the Turks ended up aborting the talks. My sense is that the various NATO allies, including the United States, played some role in the failure of the talks. In other words, Ankara decided to give the Americans another shot at developing its long-range missile defense system.

However, there is no doubt that Washington would like Turkey to depend on it in a range of strategic issues including defense - which is why the Americans do not like the idea of technology transfer. To make matters worse, Ankara has no time to waste when it comes to national defense. The situation in Syria, among other places, requires no explanation. As such, the Turks concluded that their vital national interests could not be placed at risk for the sake of pleasing some governments and started negotiating with the Russian Federation to purchase the S-400 air defense system as part of a broader deal that would ensure technology transfer.

President Recep Tayyip Erdoğan recently announced that Turkey and Russia had reached the final stage of the S-400 talks. On July 25, the Turkish leader noted that "we have taken the necessary steps with the Russian Federation in this area, signed the papers and hopefully we will see the S-400s in our country [and] we will continue the process with joint production."

Although my sources in the Turkish capital said that the deal has not been completed yet, President Erdoğan's remarks indicate that the S-400 purchase is nearly done. Once again, the U.S. responded to Turkey's efforts to defend itself the same way. Gen. Joseph Dunford, the U.S. chairman of the Joint Chiefs, warned that Washington would be "concerned" about the purchase of the S-400 air defense systems by Turkey.

President Erdoğan responded to Washington's criticism by saying that "we have been unable to accomplish such things with the United States for years and we have to keep looking." In response to the criticism that the S-400s were incompatible with NATO systems, he asked why nobody had bothered to object to the use of S-300s by Greece, another NATO ally.

To be clear, President Erdoğan has a point. In an effort to spin their way out of this double standard, a senior Pentagon official recently spoke with Daily Sabah's Washington correspondent Ragıp Soylu and noted that they had similar concerns about the use of S-300s by the Greek government.

Needless to say, such statements merely represent the diplomatic aspect of the issue. Behind the smokescreen of diplomatic rhetoric, the situation is quite simple: The U.S. desperately wants Turkey to depend on Washington on all national security matters. It objects to Turkey's defense partnerships with Russia and China. Ankara, in turn, has been looking for a defense system to address its vulnerabilities for years and wants to secure technology transfer in order to reduce its dependence on other governments. Although the Turks wanted to work with the United States and other NATO allies in the first place, the failure of its NATO allies to step in led Ankara to try and work with China and, later, Russia. Judging by statements made by Turkish officials, Turkey finally got what it wanted.

Experts believe that the presence of S-400s in Turkey could further strain the country's relations with the United States. However, the Turks have reason to believe that the S-400 deal could have the opposite effect. Clearly, the S-400s will not target U.S. aircraft or the aircraft of Turkey's allies. Quite the contrary, they will help to make the region more secure. At the same time, Turkey will be a stronger player by addressing its security concerns and become more valuable to its allies. Turkey's growing independence in the area of national defense, in turn, will make it possible for the Turks to interact with their allies as equals. Personally, I believe that such changes could have a positive effect on Turkey-U.S. relations. Hopefully, Washington will refrain from taking additional steps regarding the PKK - which could raise "concerns" in Turkey, a regional power with tighter air defense.