The minutes of Ankara-Irbil talks 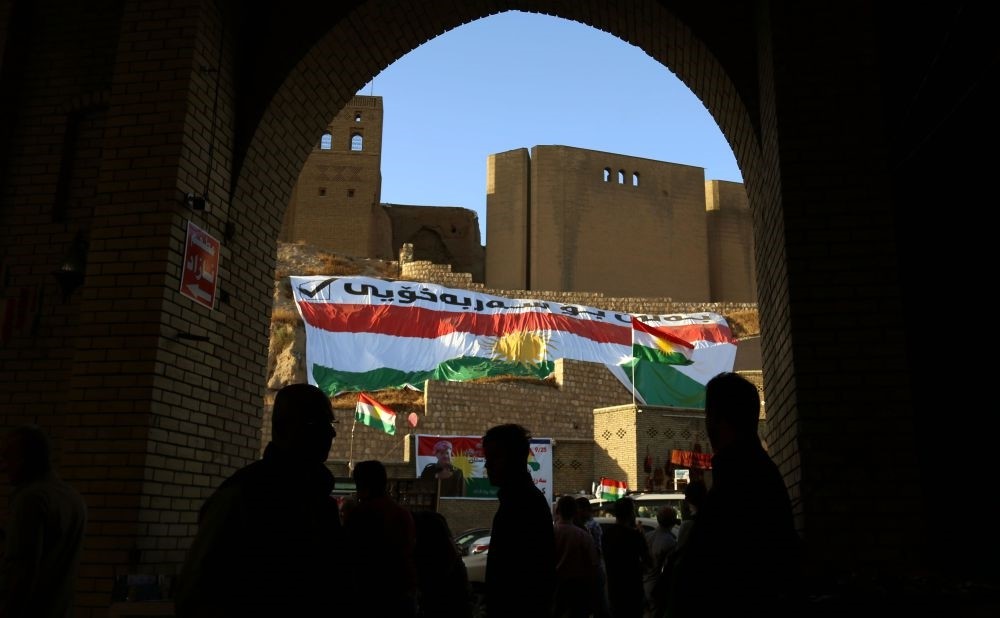 Ankara's position about the KRG referendum is very clear, calling Barzani stop insisting on an irrational move in Iraq

A phone call took place between officials in the Turkish capital Ankara and Irbil a short time before the Kurdistan Regional Government's (KRG) independence referendum in northern Iraq. The call was initiated by a senior official in the Iraqi Kurdish capital. Statements by Turkey against the impending referendum, coupled with President Recep Tayyip Erdoğan's decision to cut his U.S. trip short in order to preside over last week's National Security Council meeting and a military drill near the Habur border crossing, had caused serious concerns in Irbil. At the same time, Iraqi Kurdish officials knew that Turkey had been in contact with Iran.

Until recently, Irbil enjoyed a warm relationship with Ankara until KRG President Masoud Barzani pushed for an independence referendum that he craved with some kind of childish obsession and caused a crisis of confidence between the two capitals. The phone call, in other words, was an effort by Irbil to engage in back-door diplomacy to negotiate terms. They were willing to postpone the referendum, provided that they were given certain reassurances. In return for delaying the vote, Kurdish officials were planning to ask for the recognition of northern Iraq's independence by international organizations in the short run. More importantly, they wanted to set the date for such action.

With the referendum right around the corner, they, perhaps, thought that the Turkish officials would panic and take their offer. First, they were going to propose a meeting in Ankara, where Irbil's demands would be put on the table.

The phone call lasted significantly shorter than the senior official in Irbil imagined. Ankara was perfectly clear about the referendum. In a kind yet decisive manner, his Turkish counterpart told him not to take the trip to Ankara. "Turkey is not in a position to talk or engage in negotiations regarding the referendum," the Turkish official said. The northern Iraqi official responded by providing a list of demands that he had intended to keep to himself until the proposed meeting in Ankara.

Irbil would be willing to call off the referendum, he said if Turkey was prepared to meet their three demands. First, the referendum would be held within three years and all parties would agree to respect its outcome. The man in Ankara, keeping his distance, rejected the proposal. Turkey's position was clear: The referendum would be canceled, not postponed, and would not be talked about again. Otherwise, the Turks would be forced to take certain steps that they do not wish to take. While Ankara cared about Irbil, it felt that Mr. Barzani's insistence on holding a controversial independence referendum was not compatible with the friendship between them. The phone call had come to an end.

The historic phone call between Ankara and Irbil, which my sources could "neither confirm nor deny," speak volumes about the independence referendum in northern Iraq. First and foremost, it establishes that the Barzani government thought about postponing the vote at some point. As a matter of fact, it used the referendum - which violates the Iraqi constitution and international agreements - to blackmail the international community into accepting their demand of independence. When their gamble failed to pay off, Irbil decided to go ahead with the vote.

Whether Irbil has been acting out of recklessness or inexperience, one thing is clear. The independence referendum will entail certain repercussions for the government of Masoud Barzani: 1. The referendum results will not be recognized by any party and it will have no legal standing. All countries, with the exception of Israel, are opposed to this unconstitutional action. 2. The relationship between Irbil and Baghdad will be redefined after the referendum. Baghdad might resort to military force to ensure that the legal status of Kirkuk won't be changed. As such, the relationship could change at Irbil's disadvantage. 3. Irbil was able to keep Baghdad at a safe distance thanks to the support of its close allies, like Turkey. The Turks have since lost their faith in Mr. Barzani and could be unwilling to offer the same kind of support to Irbil. Therefore, it remains unclear whether Barzani will be able to remain in power as he comes under growing pressure from Baghdad, Iran and other players inside the KRG.

In other words, Barzani faces the risk of losing everything he was able to get by implementing rational policies. Let us hope that he will no longer turn a blind eye to the realities on the ground, otherwise, the entire region will be dragged into infinite chaos.