When will Masoud Barzani resign? 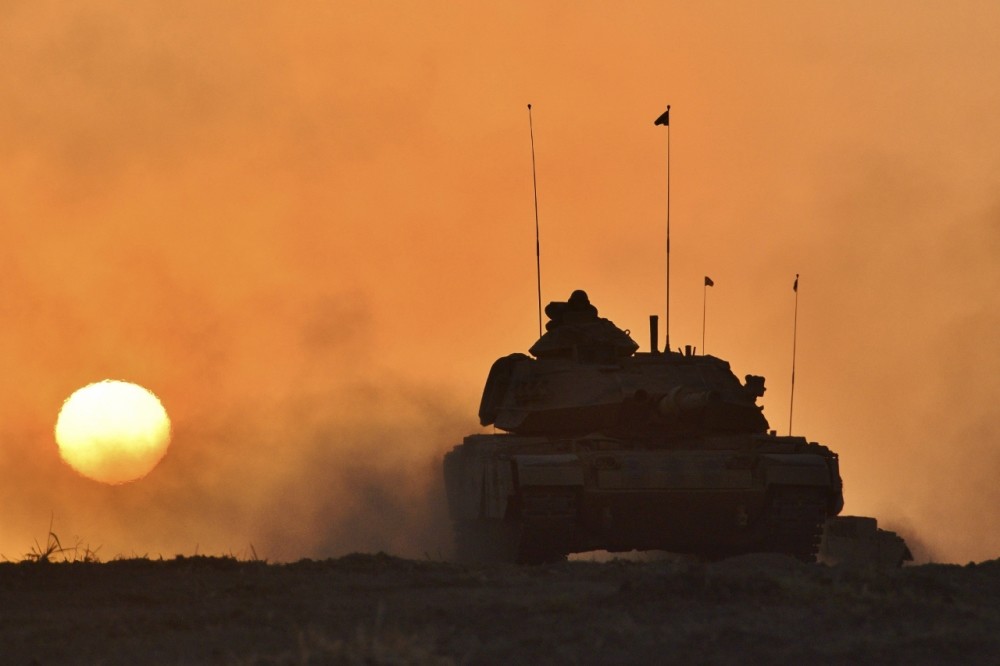 A Turkish army tank advances in Silopi near the Habur border gate with Iraq during a military exercise in southeastern Turkey on Sept. 29.
by Yahya Bostan Oct 02, 2017 12:00 am

The independence referendum that took place in northern Iraq on Sept. 25 turned the attention of all the regional powers to that small piece of land. The controversial vote, which was held despite objections from Turkey, Iran and Iraq, entailed certain developments that suggest that the dust will not settle down in the Middle East anytime soon.

What encouraged Kurdistan Regional Government (KRG) President Masoud Barzani to hold an independence referendum remains unclear at this time. However, there is no doubt that the KRG leader must have anticipated all the developments that the controversial vote would entail. Needless to say, Ankara, Tehran and Baghdad responded quite harshly to the independence referendum next door. The three countries, whose relations have been strained due to their disagreements over Syria, quickly placed their existing problems on hold and formed a united front to preserve Iraq's territorial integrity.

Over the past weeks, Turkey's position has been perfectly clear. The referendum and its outcome, Ankara promptly announced, were null and void. President Recep Tayyip Erdoğan warned that the KRG administration, which ignored Ankara's objections and went forward with the referendum, would pay a heavy price. Meanwhile, Prime Minister Binali Yıldırım said that the Barzani administration, not the Iraqi Kurds, would be targeted by the measures and precautions discussed at the most recent National Security Council meeting.

With the independence referendum around the corner at the time, Turkey organized a military drill right next to the Habur border crossing – which has been an economic lifeline to Irbil in recent years. Quite clearly, it was a thinly-veiled threat. At the third stage of the drill, Iraqi troops joined their Turkish counterparts. In the Turkish capital, high-level sources suggest that this force will take control of the territory across from Habur in the future.

As a matter of fact, Baghdad has asked Irbil to hand over control of all airports and border gates to the central government. Moreover, there were unconfirmed claims that Iraqi troops were marching towards Habur to control the border – which doesn't mean it won't happen soon. It is impossible to rule out that Iraqi troops, who have been holding a joint military drill with Turkish soldiers, will cross Habur in one night to force the peshmerga forces out of the border crossing. Nor can anyone reasonably claim that Turkish troops won't accompany Baghdad's forces as they cross the border.

The measures taken by Turkey have not been limited to a military drill either. At the same time, Ankara has taken steps to build a new border crossing in order to shut down the Habur border crossing soon. Meanwhile, Turkey supported Baghdad's efforts to take control of airports controlled by the KRG and announced that Turkish airline companies would cease their flights to Irbil. By announcing that "Baghdad will be our sole counterpart" in Iraq, Prime Minister Yıldırım made it clear that Ankara would no longer engage in direct relations with the KRG administration.

In a recent phone call between the prime ministers of Turkey and Iraq, the leaders reportedly agreed to cut the KRG's oil exports and have Baghdad compensate Turkey for its losses. Similar steps have been taken by Iran. In recent days, Tehran decided to hold a joint military drill with the Iraqi army at the border. Moreover, all Iranian companies have been banned from trading with and investing in the KRG territories. In addition to shutting down the KRG's airspace, Baghdad passed a resolution to deploy troops to Kirkuk.

To summarize, it is possible to say the following: Tensions are rising in the region as Ankara, Tehran and Baghdad do everything in their power to make Irbil regret its decision and, if possible, reverse it. Whether the KRG administration will be compelled by such measures to declare the referendum results null and void remains to be seen. However, it is important to note that Irbil's means are severely limited. To make matters worse, the KRG administration has lost a significant amount of trust in Ankara even if it ends up agreeing to Turkey's terms. Turkish officials, in particular, indicate that canceling the referendum results won't be enough. Normalization, they argue, cannot take place until Masoud Barzani steps down and is replaced by another politician.