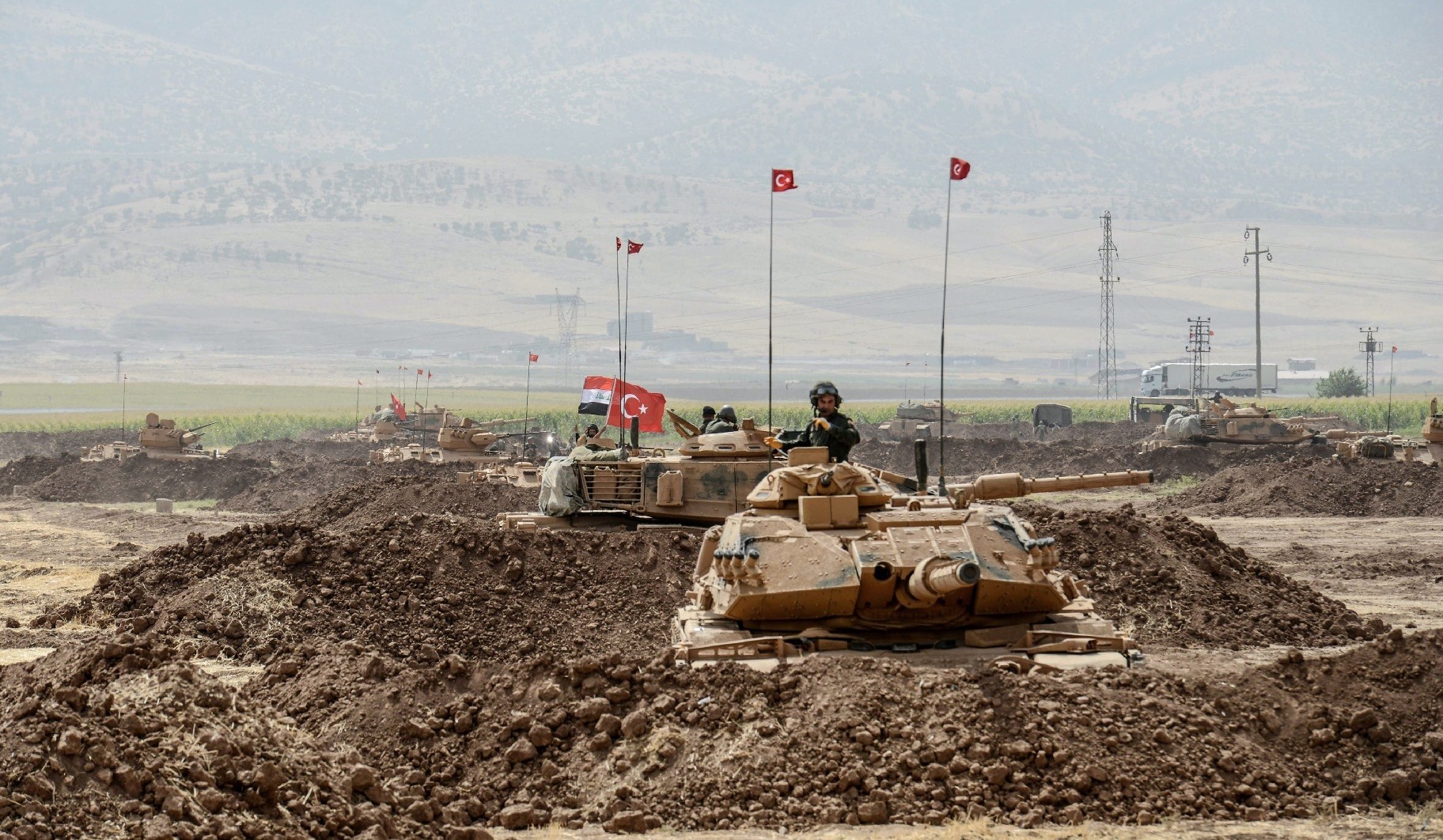 Soldiers drive tanks during a joint military exercise by Turkey and Iraq near the Turkish-Iraqi border in the Silopi district, u015eu0131rnak, Turkey, Sept. 26.
by Yahya Bostan Oct 23, 2017 12:00 am

In the wake of the Iraqi Kurdistan Regional Government's (KRG) illegitimate referendum last month, the cards have been reshuffled in the Middle East. With support from Ankara and Tehran secured, Baghdad deployed the Iraqi military and Hashd al-Shaabi fighters to take back Kirkuk from Masoud Barzani in no time. In order to stop tensions from growing in the area, the central government quickly withdrew the Hashd al-Shaabi forces from the city center – partly thanks to Turkey, which had earlier objected to the group's entry into Mosul.

For the time being, it remains unclear whether the Iraqi troops will stay in Kirkuk or advance further north to surround Irbil. On Friday, Iraqi forces seized control of Altun Kupri, an agricultural region located between Kirkuk and Irbil. Needless to say, further advances by Baghdad's troops towards the KRG capital could heighten tensions in the area – especially because peshmerga forces, which withdrew from Kirkuk without firing a single bullet, have been stationed around Irbil to protect the city.

There are signs, however, that tensions will increase near the Turkish border as opposed to Irbil over the next days. Statements issued by relevant players and the most recent developments on the ground support this claim.

Here's what we were able to learn from earlier statements: In light of Masoud Barzani's commitment to holding an independence referendum, the initial decision made by Iraq, Turkey and Iran was to facilitate the recovery of Kirkuk by Baghdad. The second step was to cut off Irbil's ties with the outside world. Over the past weeks, the three countries have already closed their airspaces to the KRG. It would appear that they will take similar steps regarding border crossings soon. At least in Ankara, the government is preparing to implement such measures without delay.

The first sign of Turkey's retaliation was a military drill by Turkish troops near the Habur border crossing. Before long, the Turkish forces were joined by the Iraqi military, who received training on capturing pre-determined areas. The location of the military drill, of course, suggested that Turkey and Iraq were preparing for a military operation directed at the south of the border.

At the same time, Ankara took another important step by moving to create a new border crossing that would link Turkey and Iraq, while bypassing the KRG. The Turkish government had picked Ovaköy located some 15 kilometers from Habur, but it appears that the new location was merely one of the options on the table. After all, the National Security Council (MGK), after its most recent meeting, released a statement that read as follows, "It was recommended to the government that the Turkish airspace be closed to the KRG and steps be taken for the takeover of the Ibrahim Halil border crossing by the central government of Iraq."

The Ibrahim Halil border crossing is located across from Habur. The MGK's statement indicates that Turkey and Iraq had decided to let Baghdad take control of the border gate instead of building a new crossing point along the border. And what will Baghdad's takeover mean? At this time, Ibrahim Halil remains under the KRG's control. Even if the border crossing were to change hands, trucks entering Iraq will be compelled to pass through the peshmerga-controlled territories.

Judging by the above fact, it is safe to assume that Turkey's decision involved a second step. With Baghdad in charge of the border crossing, a corridor may be opened between Habur and Baghdad to cut across the KRG. In other words, the situation at the Turkish-Iraqi border is likely to change moving forward.