What steps must KRG take to normalize relations with Turkey? 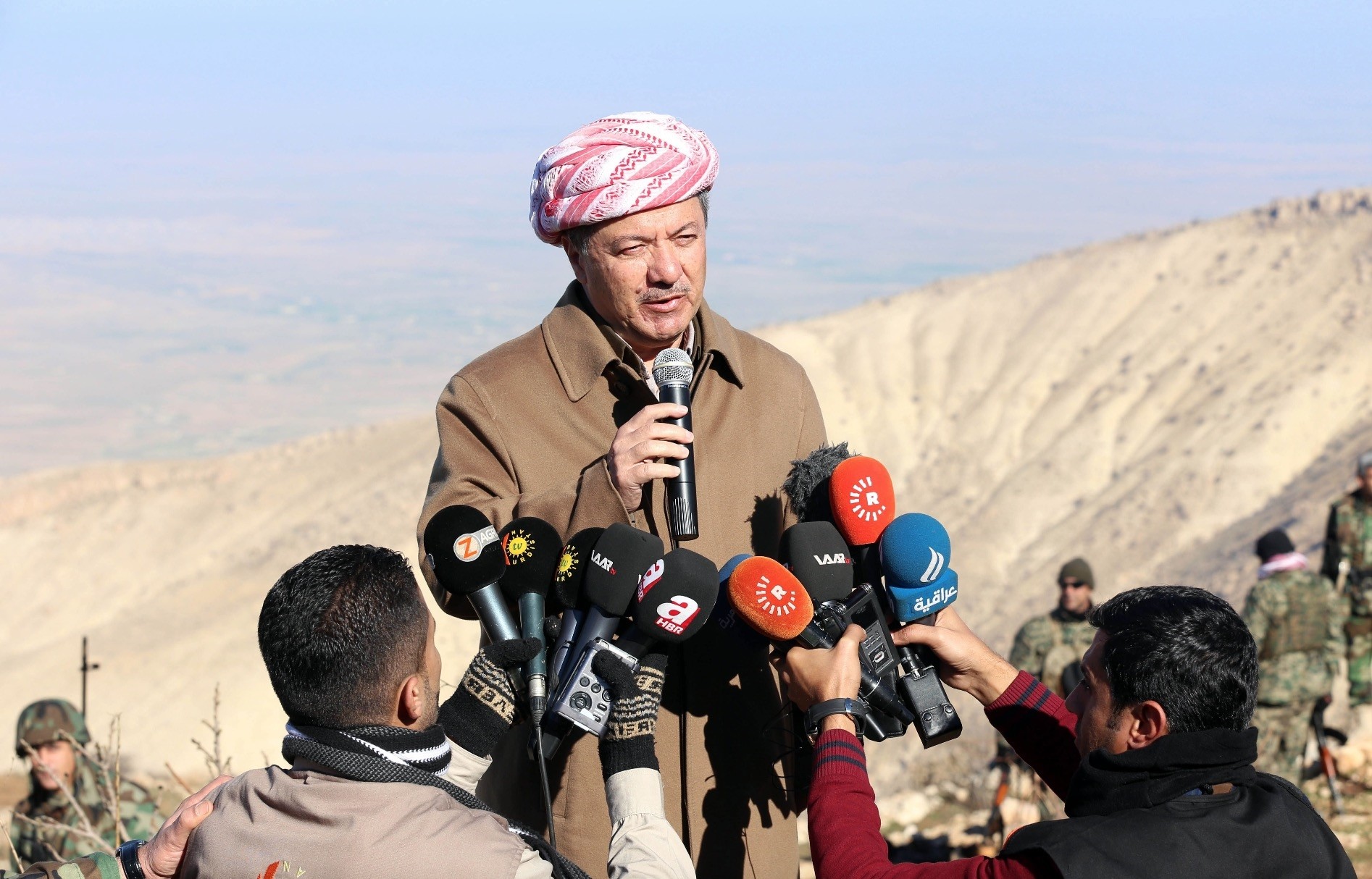 The KRG's relations with Turkey, which hit rock bottom after Barzani's misguided decisions, can be mended on condition that the Kurdish leadership starts to take rational steps

Over the past weeks, Turkey, Iran and Iraq worked together and took a series of joint steps against the Kurdistan Regional Government (KRG) in Irbil. Iraq's military claimed full control of Kirkuk. All airspaces have been closed to flights in and out of the KRG. The Turkish National Security Council passed a resolution regarding the transfer of the Ibrahim Khalil border gate, which is located across from Habur, to the central government of Iraq. Last week, Iraqi Prime Minister Haider al-Abadi visited the Turkish capital Ankara to hold talks with President Recep Tayyip Erdoğan and Prime Minister Binali Yıldırım about prospective steps regarding Irbil. And now, everyone's wondering what will happen next.

To be perfectly clear, the situation isn't exactly great for the KRG. The illegitimate independence referendum held by KRG President Masoud Barzani resulted in a catastrophe: Irbil was forced to withdraw from almost all territories that it had captured behind the smokescreen of the anti-Daesh campaign. In other words, the KRG administration went all-in and lost everything it had accomplished over the past two years.

Since all airspaces and border crossings have been shut, the KRG's economy came to a screeching halt. Having promised his people that Kirkuk would become part of the KRG, Barzani largely lost his credibility by handing the city over to the Iraqi military within 24 hours. Nowadays, reports by major news agencies covering the situation in Northern Iraq are full of statements attributed to regretful Iraqi Kurdish officials.

Seeing that his ship had run aground, Barzani was forced to take a step back. Although he offered to freeze the referendum results, neither Ankara nor Baghdad found that proposal satisfactory. After all, both governments want the referendum annulled – as opposed to frozen. Barzani's refusal to annul the results, in turn, makes it impossible for Ankara to re-establish contact with Irbil. According to a person familiar with Turkey-KRG relations, senior officials from Northern Iraq have requested an audience with the Turkish Ministry of Foreign Affairs yet failed to hear back from Ankara.

Of course, there are certain steps that Irbil could take to repair its relations with Turkey.

Judging by the most recent developments, it appears that the KRG administration has taken certain decisions in an effort to de-escalate the tensions. To normalize relations with Ankara, Irbil must take two steps without delay: First, it ought to return to the status quo – in other words, annul the referendum results. Irbil's offer to freeze the results could be considered a first step towards annulment and a token of their goodwill. Second, KRG leaders must declare that they will refrain from future steps that could fuel regional chaos and threats.

Let me be clearer: Despite its anti-democratic system of government, constant back-and-forth with Baghdad and refusal to fully comply with Turkey's requests in the fight against the PKK, Barzani's KRG was long considered a source of stability in the region. As such, the Turks, who wanted to preserve regional stability, provided some level of support to Irbil.

In light of the illegitimate referendum last month, the KRG ceased to be an island of stability in the Middle East. Instead, it became a source of instability and chaos. Barzani's reckless push for independence not only pitted Peshmerga forces against Iraq's military but also put tens of thousands of Kurds at risk of war and violent conflict. In other words, Barzani, as an out-of-touch carpetbagger, placed at risk his own people along with everybody else in the region. By paving the way to the Hashd al-Shabi's entry into Kirkuk, he completely disrupted the regional balance of power. At the same time, Mr. Barzani wasted the time and energy of all players fighting terrorist groups – i.e. undermined the counter-terrorism campaign underway. If Irbil would like to repair its relations with Iraq's neighbors, it must abandon destabilizing policies, stop taking unilateral actions and offer reassurances to regional powers.

Unfortunately, expecting Barzani, the man who brought his own regional government to the brink of collapse, to take the above-mentioned steps would be nothing but wishful thinking. Ankara's message has been the same: On Oct. 2, I mentioned in this column that Turkish sources said that Turkey-KRG relations would not be normalized until Barzani decided to step down. It would appear that Irbil got Turkey's message.

Barzani knows that he can no longer remain in power. Finally, on Saturday, Reuters claimed that the KRG leader would hand over presidential powers on Nov. 1. If the transfer of power can be completed, it will be considered a second sign of Irbil's willingness to normalize relations with Turkey. I believe that relations can continue without any major problems if Barzani's successor takes the above-mentioned steps and pledge to implement responsible policies moving forward. Let us recall that Ankara had no problem with the KRG, but the relationship was derailed by Barzani. And Turkey repeatedly showed that it would offer all the help it can if the KRG aims to contribute to regional peace as an economically developed and stable place.