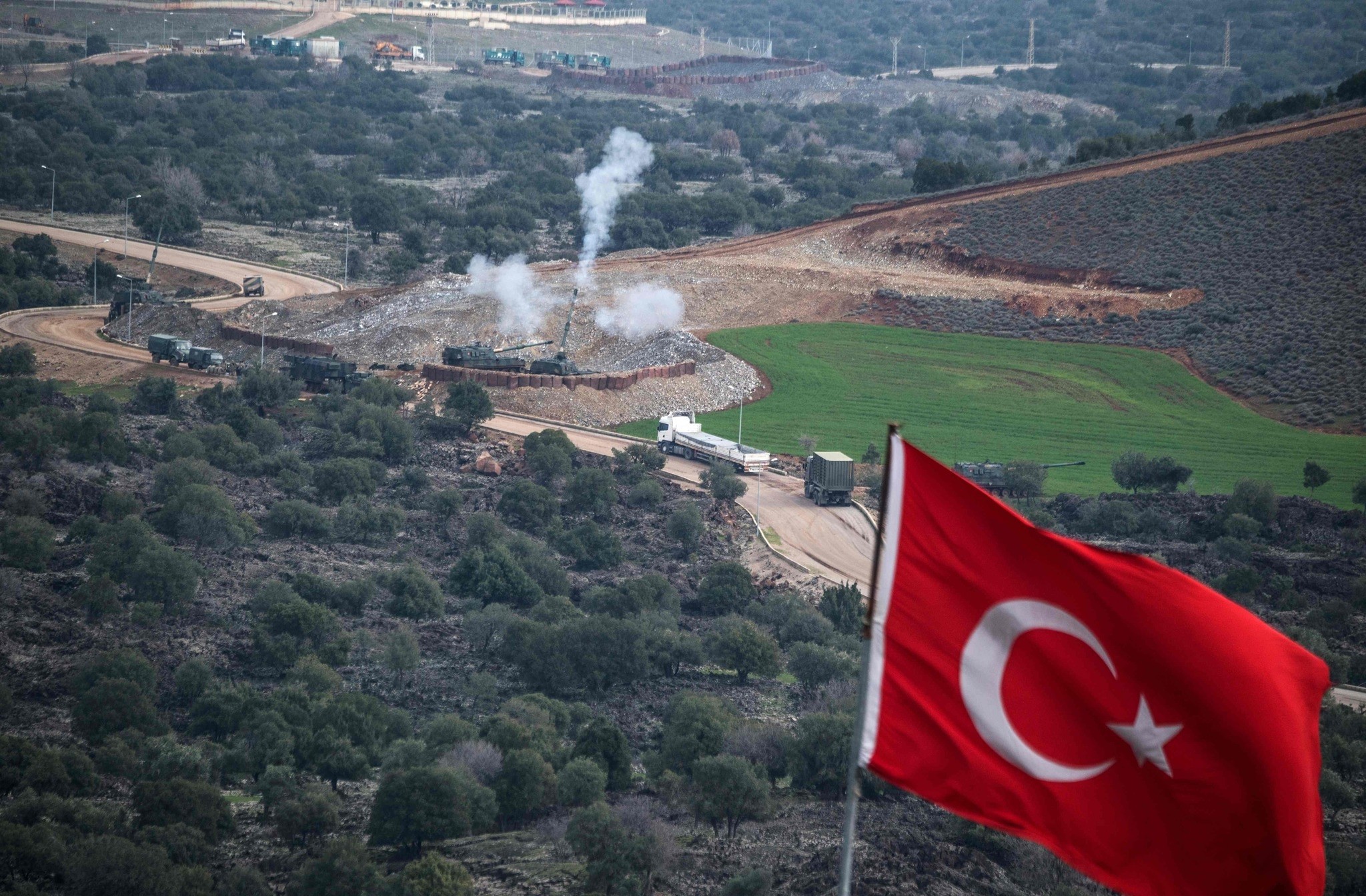 Turkey has launched a cross-border counterterrorism operation against the PKK's Syrian affiliate, the Democratic Union Party (PYD) and its armed wing the People's Protection Units (YPG). The aim of the offensive, dubbed Operation Olive Branch, is to target terrorist elements in Syria's Afrin near Turkish border. After air bombings that began on Saturday, Free Syrian Army (FSA) troops in the Azez region, under the direction of the Turkish Armed Forces (TSK), began to advance towards Afrin.

In the operation, the YPG terrorist organization's shelters, weapon's arsenal and training facilities in Afrin are being targeted. Among several reasons, the Turkish offensive's primary goal is to eliminate the threat of terror near Turkey's southern border. This is not a vain word. The presence of the PYD and YPG terrorist groups in Afrin evidently poses a great threat to Turkey's national security.

Besides, it is also necessary to highlight the role of the YPG-held Afrin region in drug and human trafficking. Moreover, the YPG threatens the safe areas formed by Turkey in northern Syria. Last week, we witnessed the YPG organize a mortar attack on a hospital in Azez, wounding 12 people, most of whom were children.

To sum up, the presence of the terrorists groups in Afrin threaten Turkey's national security, stability and it threatens secure areas in Syria.

Although the picture is obvious, some still question the reasons why Turkey is launching this operation. Some actors assume that Ankara is seeking to expand its territory. Particularly agents building the rhetoric of the outlawed PKK are trying to create such a perception.

However, Turkey has proven that it does not want the territories of any of its neighbors by means of two instances. When it had the opportunity, the country determined its policy in favor of its neighbors' territorial integrity.

The first instance was related to what happened in northern Iraq. It is not a secret that Turkey established amicable relations with the Barzani administration in northern Iraq as of 2007 whereas the Baghdad administration always remained skeptical to this relation. When Turkey set up a base in Bashiqa as part of anti-Daesh fight, the administration described the move as invasive while Turkey contended that it took those steps for stability and counterterror fight.

Ankara's approach to Masoud Barzani's independence referendum attempt a few months ago displayed Turkey's objectives in its policies. Ankara strictly warned Barzani, declaring that it would by no means accept the division of Iraqi territory and it would close its air space and border gates to north Iraq.

Leaving aside its economic interests in Irbil, Turkey defended the territorial integrity of Iraq. The support Ankara gave to Baghdad was of vital importance in this phase. Thanks to this policy, Iraq was not divided while Barzani had to leave his seat.

Ankara is currently implementing a similar policy in Syria. It is certain that if the YPG and the PYD obtain what the U.S. has promised to them, a state will be formed by the terrorist group in northern Syria, leading to the country's division. But Ankara clearly expresses that it will not allow such a scenario while President Recep Tayyip Erdoğan says that Manbij will be the next target of operation subsequent to Afrin. Turkey is fighting against a terrorist group that poses an immediate threat to the country, but this fight also favors Syria's territorial integrity.

In conclusion, people claiming that Turkey is only seeking to expand its territory are overlooking a considerable fact. Turkey aspires to ensure the territorial integrity of its neighbors both in Iraq and Syria. This is the reason why the Damascus regime has not shown the expected response to the Afrin operation.