Will Turkey target US troops in Manbij? 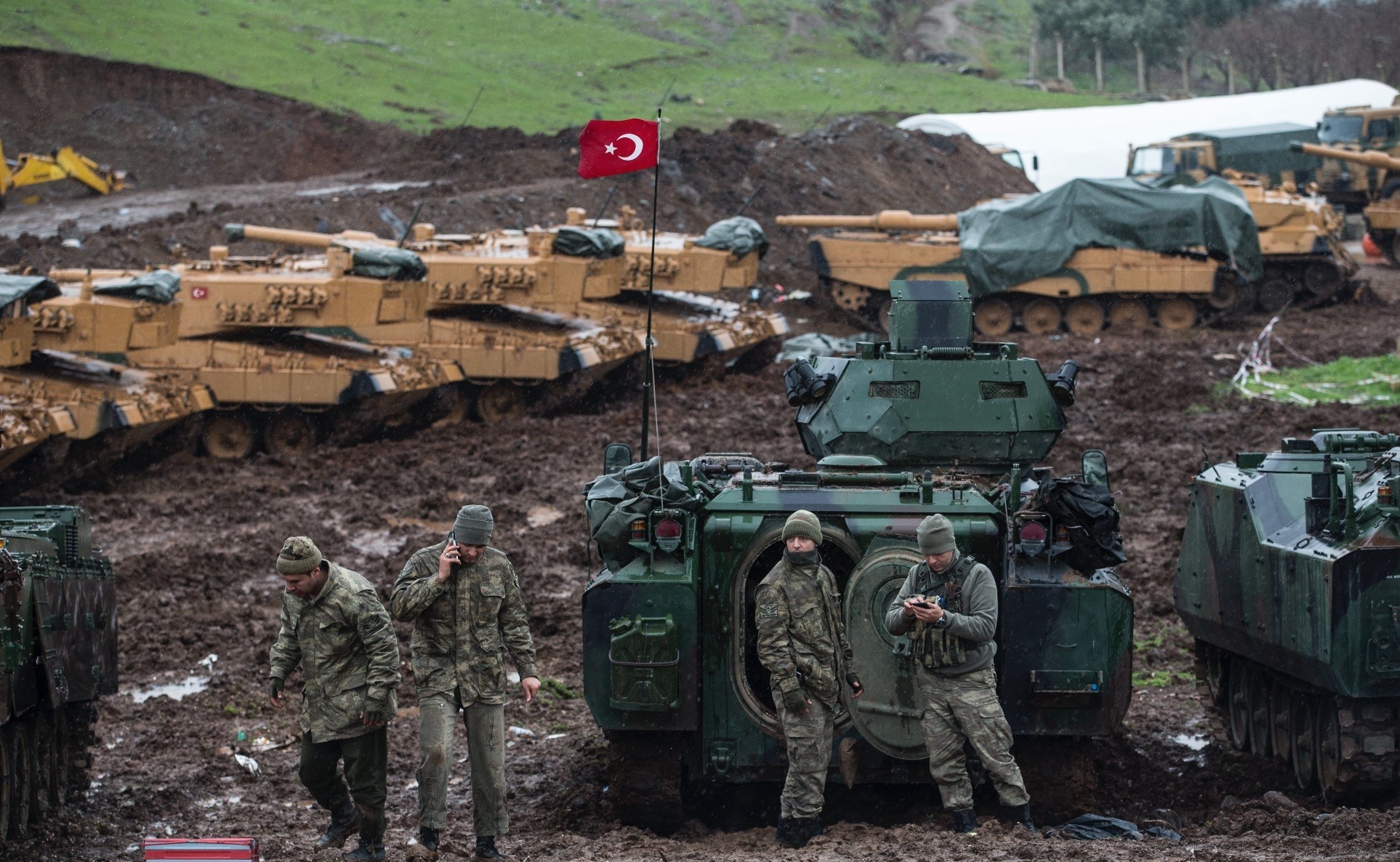 Turkish soldiers training with tanks near the Turkish-Syrian border as part of the counterterrorism operation against YPG terrorist elements in northern Syria, Hatay, Jan. 23.
by Yahya Bostan Feb 05, 2018 12:00 am

To prevent anything unfortunate from happening in Manbij, the U.S. needs to convince its ally, the YPG, to withdraw to the east of the Euphrates River

The world has a major problem with the United States. No, it's not about U.S. President Donald Trump. Since the fall of the Berlin Wall, anger has been building up across the world. Washington fueled that anger by invading Afghanistan and Iraq, claiming the lives of thousands of innocent people and engaging in illegal acts, such as keeping Guantanamo open, just because it could, and taking unpopular unilateral actions. Former U.S. President Barack Obama appeared to be a Democrat, but he failed to meet expectations as well.

Let us recall that he ended up not shutting down Guantanamo, turned a blind eye to chemical attacks in Syria and watched the bloody military coup in Egypt from the sidelines. To make matters worse, the Obama administration was responsible for Washington's support for the terrorist organization the PKK. Thinking about everything Washington did over the years, one realizes that the U.S. has a terrible reputation after all. The American dream has effectively been replaced with a nightmare. And that's why the cover of Time Magazine - America Alone - was so significant.

Every passing day, the U.S. grows more isolated. Needless to say, Washington's aggressive policies have taken their toll on Turkey-U.S. relations as well. Today, the bilateral relationship is effectively a mine field. It is possible to address some problems temporarily, but it takes but a few months for new hot button issues to arise between Ankara and Washington - all of them critical issues.

Let us now focus on the past two years:

About 18 months ago, Turkey-U.S. relations were extremely strained. The terrorist organization led by Fetullah Gülen, also known in Turkey as the Gülenist Terror Group (FETÖ), had carried out a failed coup attempt in Turkey and killed a large number of innocent civilians in the process. At the time, Turks felt that they had failed to receive due support from the U.S. against that group. Instead of cooperating with Turkey to bring a known criminal to justice, the U.S. stalled Ankara's extradition request and continued to harbor Gülen. This development created a crisis of confidence between Turkey and the U.S., which continues to this day. Today, however, we are faced with a much bigger problem: The U.S. provides support for the terrorist organization the PKK, which Turkey considers a national security threat due to a series of attacks against civilians and security forces.

It is possible to divide the U.S. support into two categories: Military support and financial assistance. Washington's Special Forces have been training PKK terrorists in Syria as so-called military advisers. Meanwhile, the U.S. reportedly delivered 4,000 truckloads of weapons to the PKK's Syrian branch, the People's Protection Units (YPG). Although U.S. officials told their Turkish counterparts that those weapons would be taken back from the militants, no such step has been taken until now. The fight against Daesh in Syria has effectively ended, but the YPG militants held onto American weapons. To make matters worse, those weapons are being used against Turkish troops as we speak. Just last week, PKK terrorists targeted a Turkish military outpost in Hakkari with guided missiles. Over the weekend, a group of civilians, including a reporter for Anadolu Agency (AA), were targeted with anti-tank missiles. (Luckily, our colleague survived the attack with injuries.) There is no doubt where YPG militants found such heavy weapons: They were handed to the group by the U.S.

Let me add one thing here: As a journalist who spends a lot of time on the streets with ordinary people as well as travels to those parts of the country, where the counterterrorism campaign rages on, it is clear to me that the Turkish public views the fight against terrorism as a war against the U.S.

On Jan. 20, Turkey launched Operation Olive Branch to neutralize the threat posed against its national security by the PKK/YPG militants in Afrin. Washington has been unsettled by this operation, provided that the Turks were clear about their intention to seize control of Manbij, where U.S. troops remain stationed.

It is no secret that U.S. officials are wondering about the likelihood of Turkish troops targeting Manbij. It should be clear that Turkey won't change its mind about seizing control of the area just because the U.S. is unhappy with that decision. After all, the Turkish government is fully committed to removing terrorist groups from its Syrian border. The million-dollar question, of course, is whether Turkish troops would confront American soldiers in Manbij. To minimize the risks, Turkey has made a proposal to the United States: "If you'd like to remain in Manbij, you are welcome to keep your troops there. But you must facilitate the withdrawal of PKK/YPG terrorists to the east of the Euphrates River. Let the terrorists evacuate the area and allow the Free Syrian Army [FSA] and local residents govern Manbij." Let us hope that the U.S. will accept Turkey's offer.